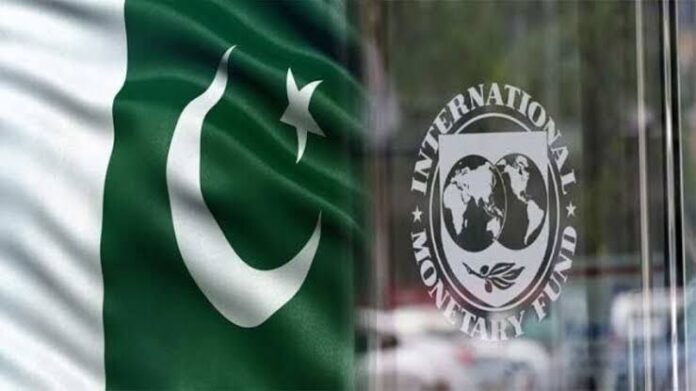 After 45 days of discussion between the government of Pakistan and the IMF for the revival of the 6 billion USD package under the extended fund facility, which was suspended since April, the IMF has approved the bailout package for Pakistan. The IMF has asked for fiscal measures and fulfillment of five conditionalities for the net fiscal adjustment of Rs 550 billion for the remaining current fiscal year.

The 5 prior actions and demands of the IMF by January 2022, for the release of the 1.06 billion USD package will be as under:

1: Increase in the prices of fuel by adjustment up to 30 rupees. According to which Rs 4/litre per month will be increased. It means, in the next 7 months, if prices remain the same in the world oil market, the price of petrol in the country will be 175/liter. The government through this adjustment will collect an additional Rs 356 billion.

2: IMF has also asked for the exemption of General sales Tax (GST) of Rs 350 billion. It will alter the revenue target that has been set at Rs 6.1 trillion instead of Rs 5.8 trillion. The government will present a bill related to the withdrawal of tax exemption in parliament.

It means a supplementary budget (Mini budget) will be introduced.

3: The third measure will be a cut in the development budget of Rs 200 billion to bring it down to Rs 700 billion. Which is around a 22 percent cut in the PSDP.

4: The fourth demand was related to the autonomy of the state Bank on the matters of monetary policy, exchange rate, and recruitment to the central bank. According to Shaukat Tarin advisor to Prime Minister on finance, the government will have authority to appoint Governor of state bank but the deputy governors will be appointed by the governor himself. The government has to ensure parliamentary approval for this. For this purpose, the SBP amendment bill will be tabled in parliament.

5: The fifth demand envisages the provision of all Covid_19 expenditures, agreement, and name of contractors to the IMF.

In his presser, Shaukat Tarin said proudly that he had been successful to protect the agriculture sector, food items, tractors, and pesticides from sales tax during the negotiations with the IMF. This exaggeration does not make sense due to the fact of the increase in Petrol prices which is the basic commodity that affects every item and business. He further told that government will start austerity measures and that the growth in the first 4 months of the current fiscal year has exceeded then his expectations.

This package will open a new door to Stagflation. The cut in PSDP will affect the social sector including a negative impact on the employment of the people. The increase in petrol prices will result in a flood of price hikes in the country along with the energy sector with special reference to electricity tariff. It will further reduce the tax base owing to multiple reasons such as the fragile purchasing power. Regrettably, the government and the IMF have shut their eyes on the non-development budget which has been a huge stumbling block for the economy.

The writer is a freelance columnist. He tweets at @Naseebk95976870