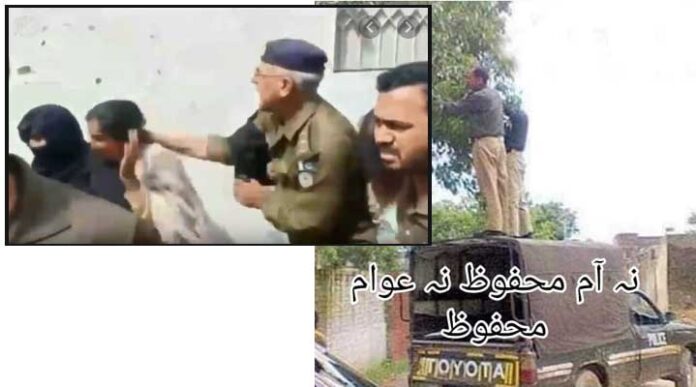 They are the custodians of law but somehow they have assumed the role that is in total reversal. The media is full of stories of their excesses they have meted out to the common man and some of them have survived to tell the gruesome tales.

The department created during the British Raj (Farangi Daur) had given unlimited powers to the repressive force, which had the sole objective to create fear in the hearts of the people.

These unlimited powers of these uniformed individuals have gone down from ranks to many other and the modus operandi stayed the same and that is make sure the common man hate should never subside and to date it exists. The ‘Khuli Kutcheries’ (Open Courts) for taking public complaints at Bani Galla (PM residence), Chief Minister Usman Buzdar’s office and many other places have maximum complaints against the police who have abused their powers against commoners.

The hope to get grievances redressed makes a commoner (Aam Admi stands for common man while the word Aam also stands for mango in Urdu language) reach these places where the applications are sent to unknown destination for actions never to be taken, a false hope is created and public is given an assurance like a child’s play.

The common man, when there is nothing else to turn to, go to these so called ‘Khuli Kutcheries’ to seek justice. This day dreaming and justice when delayed is always denied results in nothing as there is nothing for him to turn too.

The lower ranks on the road are mostly seen either sitting in café where they get free meals and if at all ‘they pay’ is the amount ‘they’ think is right and poor restaurant owner accepts it under duress while refusing it at the same time.

The norm is to stay fit for the policemen has a new a paradigm shift in police manual. Looking at the obese and overweight officials who have their shirts almost torn from width and girth of their tummies depicts that not a single day has been spent on physical training after getting induction in the force.

Asking these obese officials to catch a thief on the run is like reaching up to the skies or touching the stars.

Common public with anything that get the liking of the lower rank police official gets commandeered and confiscated at checkpoints and they can be watches , sun glasses, phones, rings or anything the ‘corrupt official’ has the liking for.

These things are taken on different pretexts on checkpoints where public is embarrassed with physical search. This physical search often has the element of ‘prison present’ in which the corrupt official drop a small amount of cannabis (charas) and picks it up as in ‘recovery’ to trap the innocent common man and this process open a gold mine. This trap is planned and executed with meticulous details and everything is calculated.

The money is extorted and amount can be anything, one see these police officials riding the cars they are from that extortion exercises carried over the time on poor public besides the stolen vehicles which are never given to their owners as they are considered ‘criminal evidence’ and it can’t be returned.

The scribe with great pain show this photo and video as how barbaric our force has become and instead of reaching out to help the masses the two scenarios show how masses are treated and are faced with.

CAPTION PHOTO: Amm has same sound as that of (Mango) and (Common man) and Awam is (public) both are unsafe. The policeman is seen stealing mangoes on top from his official patrolling mobile.

VIDEO CLIP: Watch and weep as this is what 90 per cent of commoner are faced with by the hands of police and in this case, it’s the poor women who failing to make ends meet were gathered to take the money of Rs 12,000 as announced by the Prime Minister Imran Khan. They were there as the text was sent from the government to collect the money and police give them what they have been made for and what a commoner deserve in the ‘land of the pure’. 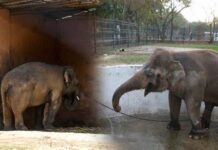 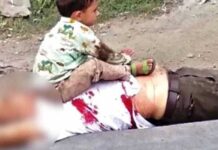 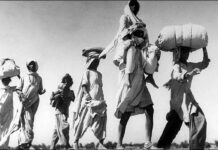 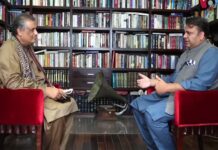