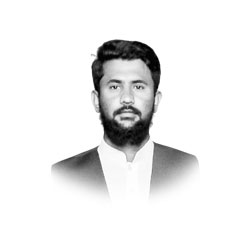 The alarming increase of 0.5 degrees in the past fifty years has pushed the world toward an apocalyptic catastrophe. The post-industrial era compounded with excessive emissions, deforestation, overpopulation, and lack of global harmony had exacerbated the changing climatic pattern. Considering this existential threat, world leaders gathered in Glasgow, Scotland, to address the growing crises of global warming and seek sustainable measures to mitigate its effects. COP26 provided an opportunity to the world leaders to build consensus on critical issues: Mitigating global emissions, curtailing methane production, terminating fossil fuel subsidies and moving toward renewable sources to meet the energy needs.

It is high time for leaders at home, Pakistan to heed attention to this increasing threat. Unfortunately, the country contributing less than 5percent to the global emissions still faces worse of it. Surrounded by two huge carbon emitters, China and India, Pakistan is always prone to natural disasters and adverse weather. Over the years, the climate policy of the country, just like global pledges of affluent nations, remain unsatisfactory. In addition, changing political dimensions, lack of awareness and bereft of financial resources creates obstacles for the climate policies to be implemented practically.

Moreover, the past fifty years proved to be critical. Loss of precious human lives, social destabilization and economic deficiencies have hit the country hard. Drastically, deadly-flood in 2016, killed more than 1600 people and caused a financial loss of $10 billion. It also led to the displacement of a huge amount of population from their affected areas. Many adverse-climate events, irrespective of our involvement hit the country hard. It caused huge loss of human lives and triggered economic turmoil.

Besides this, extreme weather conditions multiply the trouble by forming a non-uniform distribution of water reserves: water-scarce and water-abundant regions. The two worse hit regions, Quetta and Karachi are at the brink of huge destruction due to a lack of freshwater reserves. Prof. Din Muhammad Kakar, a geologist at the University of Baluchistan warns, if adequate actions are not taken on an urgent basis, residents of Quetta valley will be forced to leave their homes.  Similarly, now and then citizens of Karachi are seemed to protest for the “deprivation of water shortage”. Primarily, it can be expressed as the negligence of concerned authorities but the rising temperature is equally impacting the water-scarce regions.

Furthermore, extreme weather is also causing glaciers to melt. Various icebergs, in the northern areas, are melting at an alarming rate and causing habitats to leave their homes.

In one way or another, the economic cycle of people, especially ruralites is dependent on changing weather conditions. Unseasoned rainfall, unusual droughts and untimely temperature change are affecting the quality and quantity of several crops. The two recent sustenance crises: shortage of flour and sugar deficiency, followed by high inflation rate exemplifies that extreme climate conditions are adversely impacting the food chain.

All the environmental scientists and world leaders are urging for renewable energy. The only mean to counter this growing concern of global warming is to curtail carbon emissions by shifting dependency from fossil fuels to renewable energy. Currently, many projects of renewable energy: thermal, wind, biomass and hydro, are under process across the country. FFC Energy Limited has initiated a wind project of 50MW in jhimphir, Sindh. Similarly, Quaid-e-Azam thermal park, Bahawalpur, Punjab is contributing to meeting energy needs. Also, many private firms are continuously investing in thermal energy projects to help the country replace fossil fuels on an early basis.

This alone is not enough to save the country from environmental crises. Imran khan’s “10 billion trees drive” followed by the “clean and green Pakistan” initiative acted a short in the arm for reaching the country’s pledges on global climate change. This approach, however, due to lack of awareness and political involvement, is not effectively healing the climate woes.

Followed by mass awareness campaigns, coherent policies will help people to realize the severity of this crisis. A well-aware community responds more effectively to any crisis. Similarly, the government can easily implement its policies of mitigation, adaptation and rehabilitation, for curtailing toxic emissions. It is a “now or never” situation for the country to devise sheer climate policies by terminating fossil fuel subsidies and bringing foreign investment to boost renewable energy production.

The writer is a student of mechanical engineering at UET Taxila. He frequently writes on current political and social issues. He can be reached at [email protected]