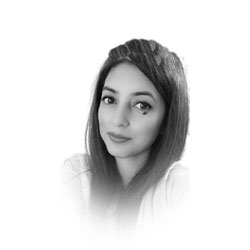 The notion of LIVE AND LET LIVE is as old as the civilization itself is. Peaceful coexistence among followers of various faiths can prove to be the way forward for peace and stability in a world of escalating political and economic turmoil. Promoting tolerance and acceptance of different religions lays the groundwork for harmonious coexistence. Coming to Pakistan, it is well-known fact that Pakistan is a multi-religion country with almost 207 million people living in it. The population comprises 96% of Muslims and the remaining 7.5 million people are Christians, Hindus, Sikhs and small portions of Buddhists, Kalashas, Kihals and Jains.

Establishing a youth network that would monitor the inter-religious activities among the local religious communities (Hindu, Muslims, Christians, Sikhs etc) would prove detrimental to religious extremisim

The scenario of peace and harmony in the state has been in shambles that had a profound impact in long-term. The situation of peace and human rights in the country has been shaken and had a considerable impact on national, regional and international peace and security, which has been fluid for many years. Religious minorities have been the target of victimization and discrimination from dissident groups, which has had a negative impact on national progress (and has exposed the country to conflicts on the international front) in the recent past. Presently, most part of religious minorities is considered politically marginalized, economically destitute, and socially isolated, causing lesser opportunities of jobs, low wages and social insecurity.

Major challenges that are needed to be dealt are poor translation of Islamic teachings, inequal law and policies, misperception and ignorance of others’ rights, lack of tolerance for other religions, illiteracy, lack of curriculum planning, religious extremism and external interference.

Radicals threaten not only non-Muslims in the minority, but also moderates who have little or no interest in recognizing certain hardline elements. While the moderates claim to be the majority in Pakistan, individuals who are outspoken about their progressive beliefs face direct threats of violence, and are made to believe that they also belong to a minority. The unfettered use of religion by certain forces seeking to exert their authority over others’ beliefs has reached a hazardous tipping point. This trend has intensified, particularly in light of the post-9/11 reality and the worldwide scope of the War on Terror. This has not only soiled Pakistan’s image around the world, but has also cast doubt on the Pakistani nation’s ethos, which has been nurtured to accept differences of all tints, and which it has practically demonstrated over the decades. Forced conversions, misinterpretation of blasphemy laws, flawed implementation and selection of curriculum and religious extremism have blurred the teachings of Islam- that’s primarily a religion of peace and promulgates the message of balance and harmony among the different sections of the society.

The need of hour in this grim situation is to focus primarily on the possibilities of reconciliation and empowerment of marginalized minorities. At state level, its has been tried to ensure some basic rights to make the disenfranchised segments of society safer and securer. Articles 20, 21, 25, 26, 27, 28, and 36 of the Pakistani Constitution guarantee full immunity and equal rights to all inhabitants, including minorities, to freely profess and practise their religions and cultures without any discrimination based on race, creed, cult, language, or gender. Minorities have 10 reserved seats in the National Assembly and four reserved seats in the Senate, as well as 23 reserved seats in all provincial assemblies.  The system of separate electorates for minorities was abolished. In addition to their participation on an open merit basis, minorities will get a 5% job quota in all federal government services and jobs. Christmas and Easter for Christians, Holi and Diwali for Hindus, Besakhi and Guru Nanak’s birth anniversary for Sikhs, Nauroze for Zoroastrians, Eid-e-Ridvan for Bahais, Festival of Lights for Buddhists, and Chelum Jhust for Kalasha people are among the ten religious festivals celebrated at the official level every year.

But efforts are needed at community and individual level too. Everyone must be open-minded about their religion and views before beginning an interfaith discourse. This guarantees that people start from a position of tolerance and are willing to learn about others. It is imperative to create an environment where everyone feels sheltered. Our youth is the biggest weapon that we can use to combat the radical narrow-minded mindset. It is vital to engage young people in activities that allow them to share what is meaningful to them in an informal setting. This informality empowers them to maintain lasting bonds across religious and cultural boundaries. At an informal level, clubs and societies can be initiated which would aspire to build a living emblem of interfaith harmony where young people can interact, converse, and play sports with one another. In addition to clubs, interfaith harmony can be transferred through teaching values, constructing critical thinking, and tolerance at primary and secondary school level. Because children’s thinking patterns are formed in their early life, providing them with the tools to think critically and engage in dialogue that will help them become intellectual leaders for peace and tolerance and harmony.

Establishing a youth network that would monitor the inter-religious activities among the local religious communities (Hindu, Muslims, Christians, Sikhs etc.) would prove detrimental to religious extremism. Young women and young people could be involved in the leadership of such groups to promote acceptance and peaceful coexistence.

It is exigent to acknowledge that all religions, convictions, and beliefs have moral imperatives that urge for peace, tolerance, and mutual understanding. This understanding and harmony needs to be channeled through proper platform that is key responsibility of officials at state level. There is a desperate need to discern new prospects, reckoning from the young generation of the Pakistani politicians, professionals, development workers, civil society, writers, artists and creative individuals, who are all ready and working towards for a positive change. For this, bold endeavors are required to face history’s facts, claim them, and go forward without fear, focusing on peace, mutual integration, and tolerance. Apart from individual level, the notions can be well served by adopting certain measures at official level:

In Pakistan, society and education pounded biases into the minds of young people. These prejudices may be related to social conditions or other ethnic communities, and they may influence young people’s behavioral patterns.  prejudices can lead to intolerance or even hatred based on race or religion, and youth must learn to recognize their own social and religious biases toward others. It is crucial for country to create opportunities that would cater the needs of all religious segments-especially when it has neighbors like India, Afghanistan, Iran and China that are its vital strategic partners.

The writer is an educationist, content writer, and freelance columnist with nearly more than a decade of experience in the field of education. She is an eloquent commentator on women’s rights, education, peace and interfaith harmony. She can be reached at [email protected]