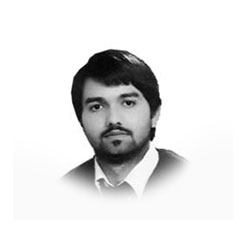 We are still unable to see the ticking bomb. As Pakistan is turning into a lawless country. A country not regulated or restrained by law. Our society is immersed in corruption, bribery, target killings, force abductions, and increased degrees of acts that may only be deemed as illegal. The government apparatus is endlessly failing to ensure a peaceful environment for its citizen. There is intense disregard for the law as it may be seen to be used against some and accountability fails to implement itself across the board. Authorities are seen in our lawless society as being either self-serving or serving a selected elite. This can eventually take our society to anarchic situation god forbid.

Personally, I feel that in spite of its extreme stress situations Pakistan as a nation is an extremely resilient country. It has time and again risen from crises. The failure is more on part of its leaders and assorted political parties. Laws is a must exist element to run any country. There exists no ideal country. All nations with people living in peaceful harmony lay down the benchmark of things to do and things not to do. More important, once the benchmark is laid down, it results in implementation for all. Laws need to clearly define rights of individuals in a society. If a right is violated, there must be a quick and strongly implemented redress to the individual wronged whether by the police, the courts or other relevant law enforcing agencies. A lawless society is one where those who manipulate empathy gain power. Where temporary outrage substitutes for policy. A video that stirs anger and goes viral matters more than law. Everyone is a mudslinger, and everything is a dirt of competing narratives because everyone is a victim and everyone is dirty at the same time.

When there is no law every case, every incident is political, because law is made on an ad hoc basis. One side projects grief, the other side charges distrust. The side that manipulates the emotions of the crowd most skillfully, wins. Every political person is an actor, every debate is a performance. We at this time need to have an impartial judicial system which is seen to be just, for greater benefits. This is a choice we must make. The authority to develop and implement laws must not come from popular support as we in Pakistan mistakenly think. It comes from right of the people and members of society to a right to justice. A law having popular support of political parties is not any better for having the support and a law deriving its strength from justice does not become a bad law for not being approved by all stakeholders. This must be the decision of the government based on a strong sense of need for a just society. More laws created are no guarantee for a lawful society. However, no society can operate without justice.

Another growing concern regarding lawlessness in our country is a sharp decline in economic growth because investors extremely cautious of investing in this country. Pakistan has become a playground of proxy wars. A lot has been done by the army but a lot more needs to be done. Production fall has created an environment that has led the government to balance its books by imposing greater taxes on those already paying taxes. One thing leads to the other. This leads to a situation that can be summed up in one word: Confusion. It is high time for our political leadership, they need to come to their senses. A lawless society can only go that far. Laws for select few cannot hold forever. We are still Brushing issues under carpet which we cannot hold for long. All these needed address decades ago lest we become a society where there was a lot of hope and courage see where we are now. People of this country should stand up for their rights under the constitution of Pakistan because at the present it’s a now or never thing. Because I see we are already so vulnerable and at the verge of an anarchic situation once the anarchy flinches nothing I believe can subsist.