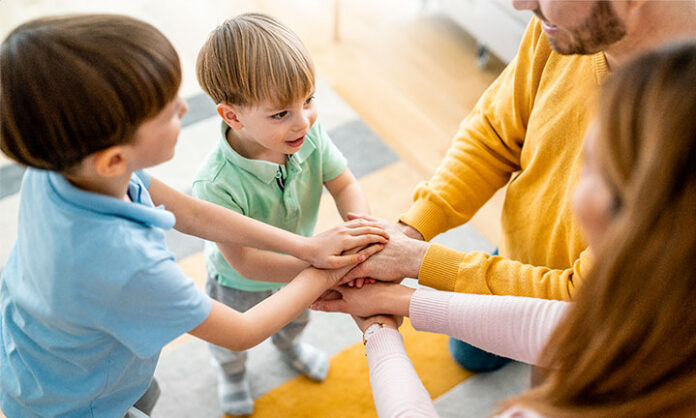 Every child that comes into this world grows and develops with the passage of time, so the child’s first school is the focus of both parents. Parents are the first to develop self-confidence in a child. Confidence in their home and parents help the child to build relationships with people in society, but some of the children are different or special. According to psychologists, such children are called “Autistic Children” because of the complexities of their social life and social relations. There are some behaviors in children and adults with autism that are not acceptable in a normal society.

Autism or autism disorder is a congenital mental retardation disorder that affects a child’s speech, social skills and behavior. Autism may be linked to some medical conditions, but unfortunately, neither the root cause of autism nor a definitive cure has been discovered. If a child has autism, they may have the following three problems ۔ Difficulty speaking Either can’t speak at all, to describe the respondent in broken and incoherent words ۔ Hesitating to meet people and avoiding looking at people ۔

According to a research, autism is not a disease but it is the name of a state of self-satisfaction. It is a combination of psychological disorders in which the child becomes lost and unable to concentrate. There is no harmony in his movements .

Children with this mental disorder are often mistaken for perceived as naughty, isolated, grumpy, and quiet because of their behavior. Newton, Einstein, the musician Mozart are the names that gained fame in the world for their intelligence but they were autistic. Autism is a disorder that affects people at large.

It is a congenital mental illness characterized by difficulty in socializing, not being able to remember language and words, avoiding socializing like normal people and preferring to be isolated, and repeating certain behaviors. Repeat, etc. The first sign of this disease is that within twelve months, a normal child who starts speaking small words in his own language, does not speak the child with autism. The ability to speak is limited.

Every patient with autism has different symptoms. 25 to 30% of autistic children have vocabulary but at the age of 12 to 18 months they also lose vocabulary. The second major symptom is that the child is apparently detached from those who have been at home for the first year or two, and even to his mother. When called, he does not answer. He is alone in the world. No one else exists for him. Children with autism do not play with anyone, but their behavior deteriorates in crowded places. Such children play with their fingers or something moving. They prefer to do everything themselves without asking anyone for help.

There is no specific medical test for the diagnosis of autism. Some of the symptoms of autism last lifetime, and some of these symptoms are treated with medication. Boys are four times more likely to have autism than girls.

Many researchers and parents of children with autism have also claimed that due to proper therapies and other necessary interventions, their children have fully recovered. One such example is Ms.Temple Grendon, an American animal science expert and author of several books. As a child, Dr. Temple himself suffered from severe autism, and was unable to speak due to his speech impediment, but with proper help and intervention, he was taught to speak. And he is currently regarded as one of the most famous speakers in the world. He has authored several books on autism.

Another well-known American author, Jenny McCarthy, claims in her book “Healing and Preventing Autism” that her child, who was suffering from severe autism, has returned to normal after appropriate interventions.

Among those who believe that autism is treatable is the American psychiatrist, Dr. Oliver Eau Loves. Dr. Lovas claimed in 1987 that 9% of the 9 autistic children he was treating had recovered by the time they finished first grade. But those children received at least 40 hours of ABA therapy a week. Dr. Louas is a professor of autism at the University of California, USA and the inventor of the Louis program in ABA therapy. One of her students, Marcia Hunds, wrote in her book “I know you are in there” that when her child was diagnosed with autism, she was told that her condition would last a lifetime. As a result of a combination of behavioral and educational interventions, he is now fully recovered and is currently working at NASA as an aerospace engineer, she added. She concludes that autism is treatable.”

Autism is a global psychological problem that can affect any child. We need to talk to autistic children in simple and easy words, talk to them and say short sentences, we shouldn’t leave autistic children alone. Let’s take  care of such children. 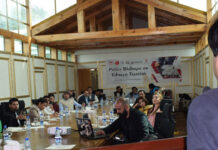 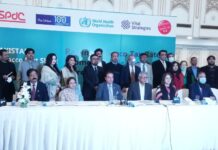 Higher taxation on tobacco will discourage its use; PM’s aide 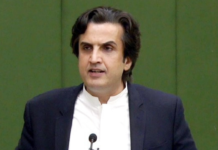 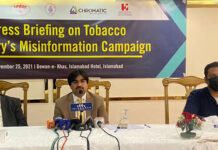 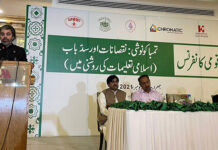