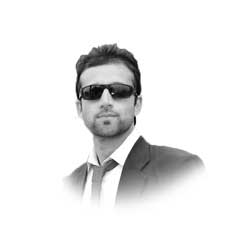 The overall nature of Pak-US relationship has been transitional and usually  uncertain due to the highs and lows in their interest divergence. Despite severe diplomatic jolts in their bilateral relations both countries closely engaged to mitigate rising mistrust and extreme exclusiveness from both sides. Pakistan traditionally opted US centric policy from the last 70’s years almost seven decades. For Pakistan the way towards Washington passes through a thorny bumpy road. The new Biden administration will likely continue Trump core South Asia policies. As US withdrawal from Afghanistan, India’s pivotal role in the Indo- Pacific region and countering the rise of mighty China. Hence there is less likelihood of any fundamental Change in US. Policy in the region. Biden will beat the same drum to materialise US Geo- strategic interest in the region.

Afghanistan quagmire is the only major factor in Pak-US relations which will determine the future discourse of both countries relation’s. After facing rhetoric Trump’s excoriation for alleged ” lies and deceit ” and curbing of US military assistance, Pakistan finds close convergence of interest with the US on Afghanistan imbroglio that has marched both countries to bring Taliban on the negotiating table. Pakistan has rightly earned from Doha spirit needs more concrete efforts to sustain smooth integrity among different fractions involved in the Afghan mess. Pakistan shares hundreds of KM long border along with influential upper hand on Taliban leadership. There are still some roadblocks to navigate before any substantive talks. Wider enthusiasm has been fixed in spiraling- up frustration. The Afghans government and Taliban are not willing to bath in the same swimming pool ,where peace dose not arise from the action of one party which is already marred by extreme violence.  However there is alos a risk once US withdrawal completed, US might diminish it’s genuine reconciliation process in a post ‘ withdrawal Afghanistan. This will bring more catastrophes for the people Afghanistan and Pakistan an immediate neighbouring country.

Biden maximum pressure policy towards Islamabad will likely be continued to prevent any possible involvement of Pakistan for its decades Afghanistan as ” strategic depth ” policy.

The new U.S administration will focus on the the deteriorating security situation in South Asia. Owing to the China-US confrontation and Looming security hostility between China and India with the ongoing military standoff in the disputed Himalayas mountainous region. Pak-India bilateral relations are at their worst – continues cross firing from the line of control and incendiary provocative statements from the Indian politicians and military leadership. The inadequacy of existing confidence building measures and non- availability of other risk reduction measures, chance of severe military clash have increased manifold. Abrogation of Article 730 and Pakistani perception that it has been mistreated and received unfair treatment from the international community particularly US . India’s preferential treatment will inevitably push Pakistan to the Chinese court to strengthen it’s strategic alliance with China leading to more regional polarisation. India being an counter balance partner against China in the Indo Pacific region will likely compel Biden administration to please Indian stance over Kashmir issue. Biden will follow the US role as balancer between Pakistan and India to avoid any inadvertent escalation in the region. U.S containcontainment policy toward China and China Pakistan economic corridor according to Indo-US skepticism passes through a disputed region will also trigger Pak-US relations sore.

In case Afghanistan peace talks collapse Pakistan will likely to face maximum pressure from Biden administration. Do more Mantra and Pakistan being a scapegoat front line state against war on terror will be the outermost target of Biden administration to coerce Pakistan diplomatically. Blame game will be the part of reciprocal mistrust. Pakistan nuclear weapons development specially tactical nuclear weapons and sea -based nuclear deterrence is another bedrock in Pak-US relations. Biden has constantly criticised Pakistan over its advancing nuclear and missile program. Pak-China civil nuclear partnership and Chinese strategic tilt towards Islamabad to cement strong defence ties will also detest Biden-Pakistan strategy . Pakistan hardly striving to escape from the FATF black list a looming threat to tarnish Pakistani image in the comity of nations.

Considering Trump and Biden’s similar policies on regional concerns in South Asia, is likely to be equivalent to the Trump approach. The new administration’s policy towards the China Pakistan economic corridor is not yet clear. There is no cogent reason to be optimistic about any major change in the current pattern of Pak-U.S relations beyond some gratifying statement to calm down Pakistan. In the contemporary geo- strategic environment Pakistan should not look for any extraordinary favor from the Biden administration. The era of romanticism between Pakistan and U.S. is over. Now we are in the era of issues-oriented scenario based on mutually advantageous consideration. But traditionally push and hug trends would co exist in Pak- United States relations.

The writer is a Geo-strategic expert and freelancer. He can be reached at https://www.facebook.com/qaiser.mahmood.758399