Our government should plan to start social marketing on a national scale about the danger of overpopulation.

Pakistan’s population is projected to reach over 227 million by 2025. We must make New Year’s resolutions to cope with the mounting population. Our future population will comprise younger people on a large scale. Pakistan’s 63% population will be below 30 years of age, in other words it means unemployment on an enormous scale. We are bound to create 1.5 million new jobs annually just to maintain the current unemployment rate.  Exception of oil-rich countries, no one has succeeded yet to make a breakthrough with high income.  High population rate impedes the growth rate of the country in every field. It will also intensify nutrition problems which are already in the worst state.

According to a recent national survey our 60% population is facing food insecurity and nearly 50 % women and children are malnourished. These nutritional inadequacies hinder the development of the intellectual faculties of school-going children and young adults consigned to such diets, and could thus perpetuate intergenerational inequalities of opportunity and income. Human development will jolt back and vital fields like education, health, security, housing and others will get severe setbacks. Mounting population will badly affect our natural resources. The worsening climatic changes will be triggered up. If population growth is not taken seriously, our social fabric will be shattered.  We must follow the Chinese model to stop population shift from suburbs to cities. We have to decentralize our infrastructure and human development projects. Our cities are getting overcrowded from every aspect.

The reason is we have utterly failed to facilitate the people in rural areas. We have focused Lahore as the whole Punjab. We are in dire need to integrate the public and private sector through a transparent accountability system to launch a joint mission in this regard. Government cannot solve every issue solely, it must give due heed to the entrepreneurial private sector to generate the required number of jobs. It seems that the government is determined neither to do something for public welfare nor it will let anyone else do. We should come out of the typical shell and look for new regional opportunities. We must develop a sense of competitiveness among the citizens with security assurance.

The government must trigger search and research for more natural resources for addressing the population phenomena. Rapid GDP growth is the sure way to curb this monster. We must eradicate all regional and social inequalities in our economic sector for the smooth growth of GDP. It is the need of the hour to review our development history and hew out the roadmap for future planning and development to avoid the past blunders.  We must collaborate with emerging world economies in all fields to learn new approaches and techniques to better ourselves. We should implement the best practices of the successful nations in our country in this regard. We have to prefer and respect our local manufacturing to be called Pakistani-Model. We should rely on our own resources so that our local industries can grow.

The method of developing social and human capital, empowering women, raising awareness can prove very fruitful. Empower women. Studies show that women with access to reproductive health services find it easier to break out of poverty, while those who work are more likely to use birth control. We must promote education, it is observed that highly educated people have small families. The government should give incentives to people along with family planning so that the population can be controlled. We can use the Thailand model to reduce population increase. We should give due attention to our agricultural research, agricultural technologies and agricultural production. We cannot kill the people we have either to control birth rate or boost up our agriculture so that the phenomena overpopulation can be handled. We must plan out to send the immigrants back to their homelands so that overpopulation can be controlled.

Our government should plan to start social marketing on a national scale about the danger of overpopulation. There is a large number of orphan children in our country, they need parental love and care. We can focus on adoption to stop population explosion and the government should give due concession to the families who adopt children in the country. The government should strictly stop child marriage and early marriage especially in rural areas where this problem is in prevalent form. The government can offer baby bonuses to families for controlling the population. Provinces and districts should marginalize population boundaries to keep a check on increasing population in their area. The distribution of funds and subsidies can be linked to population control. The government can start an online program for raising awareness. We must also review our academic syllabus and include lessons about the havoc of population increase on all levels. Let us all exert our energies collectively as one nation to stop the population ball from rolling on. 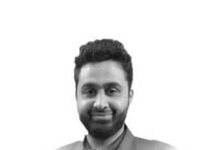