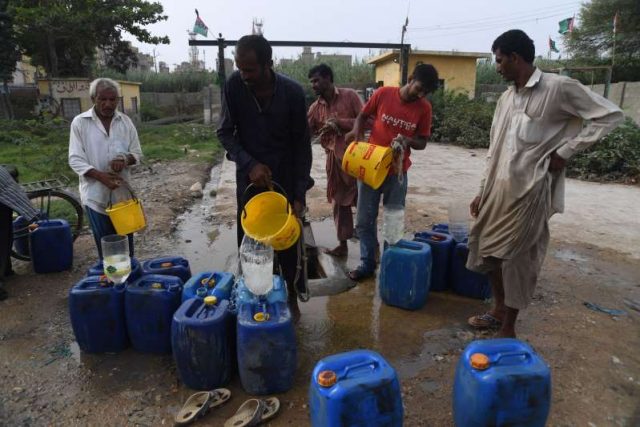 Karachi one of the megacities of the world has a quagmire of problems that are endless and are in a bottomless pit and there is no solution in sight.

The Chief Justice of Pakistan, Honourable Justice Gulzar Ahmed remarks are an eye-opener for authorities concerned and these observations also depict the situation in the land of the pure and off the mega city of the world.

The portrayal based on all facts gives out the truth as to what is happening in the biggest city of Pakistan and how serious the authorities are in addressing the problems faced by the residents of the city which was also the first capital at the inception of Pakistan.

The statement, from Chief Justice of Pakistan is fact of the matter a charge sheet against the Sindh government which, has most of its officials, on bails before arrest and are on leave with medical grounds. Karachi happens to be business hub of the country and the Sindh government apathy has made it into a ‘corrupt hub’ where everything is possible under the sun.

The water mafia, land mafia and target killers of the Karachi have made headlines globally and there have been individuals who have made Al Capone look like midget.

The land grabbing mafia, in association with looters and plunderers of national wealth, played havoc with the city and CJP rightly pointed out the land earmarked for schools has been turned in to hotels and donkeys are tied at the spot where children are suppose to learn.

The removal of encroachments on Shahra-e-Faisal case in Supreme Court Registry, Karachi has given the picture which is more or less the same prevailing at the national level.

The court directions for the removal of encroachments was turned down by the concerned minister as it will affect the livelihood of the encroachers.

It is worth mentioning the land grabbing mafia in connivance with Sindh Development Authority sold the water ways (sewage streams) to people and the last year rain during monsoon spilled it all.

The low lying areas of the city were submerged in water as the sewage streams had obstructions. The funds for their cleanup were gobbled up and when it rained it ruined it all for them.

Karachi nicknamed ‘city of lights’ was nothing but a heap of garbage last year as rains washed away all tall claims of the Sindh government. The billions taken on the pretext of development ended in ‘known and unknown pockets’ and to date, there is no clue where are these ‘deep pockets’.

This is an alarming situation as the government has released many grants and there has been many questions as where it had ended up. The fudged figures show they have been spent but not an iota of development is seen while the projects stand completed in papers.

The Chief Justice has asked from Sindh government that it is high time that it should for once think about its residents as its them who constitute their government.