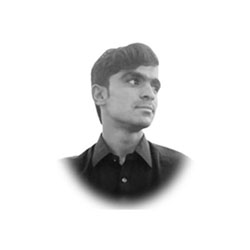 Climate change can push the globe over the apex if the acute steps are not seized. As a warning multiplier, it can steer to poverty, insecurity, and a violation of human rights. Human action is altering the climate in phenomenal and periodically irrevocable ways.

The landmark study alerts of increasingly drastic heat waves, droughts, flooding, and a key temperature limit being smashed in just over a decade. A report entitled”Trajectories of the Earth System in the Anthropocene” interpreted a threshold which, if crossed could activate many tipping points and self-reinforcing feedback loops that would stave off stabilization of the climate, resulting in much greater warming and sea-level rises and leading to severe disturbance to ecosystems, society, and economics. It illustrated this as the “Hothouse Earth” scenario and suggested a threshold of around 2°C above pre-industrial levels, arguing that opinion has taken over the climate of the planet for tens to hundreds of thousands of years and potentially even steer to circumstances that are inhospitable to current human societies. The percentage of greenhouse gases in the atmosphere have been rising. And as for those increases, we have an increase in temperature. Despite these endeavours, the recent State of play is problematic. The previous decade has been the warmest. Notstanding an economic downshift owing to the Covid-19 pandemic, the year 2020 was one of the warmest years on record. A disastrous climate catastrophe approaches more massive than ever. Withstanding the brunt are poor nations and people as global warming endangers lifelines. The global surface temperature was 1.09C higher than between 1850-1900. The past five years have been the hottest on record since 1850. The recent rate of sea-level rise has nearly tripled compared with 1901-1971. Human influence is “very likely” (90%) the major driver of the global retreat of glaciers since the 1990s and the reduction in Arctic sea ice.

The UN has since done dynamically and mobilised combined struggles to chop emissions and switch to renewables and loosen up economic and technological assistance to emerging nations. Countries have enforced national plans, formed multi-stakeholders cooperations, and enlisted UN-led international partnerships for climate activity. The second, the Emissions Gap Report, discloses that “greenhouse gas emissions resumed to rise for a third consecutive year in 2019” and the”short-term reduction in global emissions because of the Covid-19 disaster will not participate considerably to emissions reductions by 2030 unless countries pursue an economic comeback that involves powerful decarbonization.

Climate action is seen to be a global responsibility, which can also indicate that it is no one’s responsibility. It does not support that the profits and outcomes from particular activities are observed to enlarge, at least in part to others. This is a primary illustration of a catastrophe of the commons, whereby particular activities for individual profits, though harmless, add up to be destructive for all. Like the problems of grazing and fishing which put pastures and seas contaminated and no longer right to strengthen cattle and fish, anybody can turn. A blind eye to the weakening natural environment as they continued to get gains of high-carbon movements. Local politics all over has eschewed estimations whose perceived advantages are partially not partly local. While international pacts have continued elusive the previous decades, people are extremely hopeful about the adoption of the environment. The agreement was made at the 21st conference of the parties(COP21) of the United Nations framework convention on climate change in Paris in December 2015.

Behavioral change should enhance policy and technical innovations if we are to pursue tranquillity with nature.

The writer is a freelance columnist, based in Kandhkot, He can be reached at [email protected] 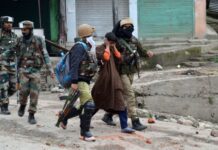 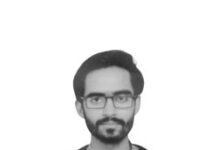 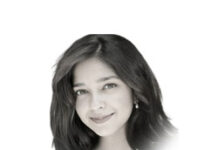