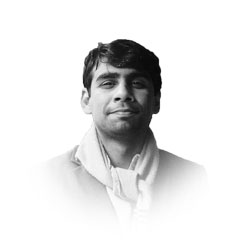 A ferocious virus has left the world leaders’ befuddled due to its exponential rise. Huge resources are being poured in to cope with the pandemic. Abrogation of economic and social activities has further extended the chain of challenges. Amid this hodgepodge, a serious issue of climate is not getting sufficient attention of the world leaders. Palpably, lockdowns akin to corona-virus have considerably reduced the pollution as Aljazeera reports that first time the people of India can clearly see the Himalaya Mountains and the sky of Delhi has turned blue. Similarly, an explicit change in the climate of Pakistan can be noticed. However, experts maintain that this is a temporary relief and will not last for a long time. By dint of virus-led crisis, talks related to climate have been delayed to next year. Inconceivably, it has become a herculean task to deal with a pandemic but we have to keep in mind that climate change can introduce more fatal pandemics to the world in future.  In the article “Can Pandemic sound the alarm on climate change?” a professor of Biology Lia Patsavoudi mentions that heating planet can possibly be vulnerable to more infectious diseases. He mentions the report of United States Agency of Development, which unearths astonishing reality that “75pc emerging or re-emerging infectious diseases are zoonotic”. He draws the attention of the world towards this fact that the issue of climate change can smooth the way for animals’ migration that can be a source of infectious diseases in human beings.

Amidst the pandemic, when the world leaders are grappling with the social, economic and human challenges, it would be useful to chalk out future plan to deal with upcoming issues.

The changes in climate including rain patterns, rising temperature, bursting of glaciers, cyclones and floods are categorized in the Sixth Great Extinction of living Spices on earth by Scientists. It would be pertinent to shed a light on the challenges, the climate is facing. First of all, we discuss Carbon dioxide that is the most dangerous gas for climate’s life. According to available data, World produced 34 billion tons of carbon dioxide by burning fossil fuels and two billion generated from cement production in 2013. Cutting forests contributed by four billion tons of carbon dioxide. Accumulatively, 47 billion tons of carbon dioxide was produced only in 2013. A quarter of carbon dioxide gets absorbed by the oceans and this process makes ocean water acidic. Oceans are approximately 30pc more acidic than pre-industrialization. Sea level is predicted to be risen by 3.5 to 34.6 inches by 2100.  In last 40 years, the temperature in Pakistan has risen from 0.5-1 degree centigrade. Most astonishingly, militaries are deemed as an important source of carbon emissions. A scholar based in the US has calculated the war-related emissions from 2001 to 2017. US military’s “overseas contingency operations” generated 400 million metric tons of Carbon dioxide that is equal to the emission of 85 million cars in one year.

Secondly, Air pollution is deleterious to human health as well as climate. The interaction of lethal gases with air presents a recipe for distortion. According to the 2018, World Air quality report, Pakistan is second most polluted country after Bangladesh stands at 1st and India at 3rd respectively. Similarly, the Health Effects Institute’s State of Global Air report 2019 revealed stark reality that approximately 130,000 people lost their life owing to air pollution in past year. Furthermore, the mortality rate due to air pollution is more than deaths by dint of terror motivated violence in past two decades. Dawar Hameed Butt mentions a study of Chicago University in his article “Clean Air is part of the commons” which maintains that the people of Lahore division lose up to 5 years of their lives due to breathing in contaminated air.

Thirdly, melting glaciers is another challenge to climate change. A study conducted in 2019 by Springer which portrays a grim picture of the climate challenge. According to this study, the Hindu Kush Himalaya Mountains can lose one third to two-thirds of its ice-field by 2100. This can pave the way for heavy floods and crops’ devastation.

Fourthly, shortage of funds further hamstrings the climate-related actions. There is a disagreement between the developing and developed countries about the funds. The developing countries claim that developed countries are big contributors to global warming and they must pay for their past contributions to global warming. Furthermore, developing countries demanded compensation first in Kyoto and then in Copenhagen in 2009. The claim of developing countries stands true. According to the available data, from 1900 to 2004 US released 314,772m metric tons of carbon dioxide, China 89,243m, Germany 73,625m, UK 55,163m, India 25,054m, Brazil 9,136m and Indonesia unleashed 6,167m metric tons of carbon dioxide.

Fifthly, one of the most important challenges that provide the bedrock to all other climate-related challenges is Capitalist economic model.   This model encourages heavy mining and turns natural resources as commodities. The avarice to attain more and more profit left less respect for nature. This rapacious behaviour spurred over-mining that resulted in scarcity of resources. Another unavoidable contribution of this model is urbanization and industrialization. The industrialists do not care about the environment and do not pay any cost for climate damage. This exploitative economic model further galvanizes social inequalities and divides society in having and have-nots. According to data collected by Haris Gazdar, in 2003 52pc of the rural population didn’t own land and 72pc of the population owned less than 7pc of land. Anti-forest approach of people for the use of woods has further exacerbated the situation. 60-85pc forests are affected by human use. After 2010 floods in Pakistan, a probe into origins of flood brought a grim reality to light that “less attention on infrastructure maintenance and engineering standards, and massive deforestation led to calamity”.  Similarly, exhaustion of earth speaks volume about the new economic model. According to UN intergovernmental Science-Policy Platform on Biodiversity and Ecosystem Services warned that human societies are consuming the natural resources at a rapid pace and making worse sustainability of life on the planet.

Above mentioned facts indicate towards the dire need of planning to combat climate change. Amidst the pandemic, when the world leaders are grappling with the social, economic and human challenges, it would be useful to chalk out future plan to deal with upcoming issues. The issue of climate is lurking in the shadows and a political commitment with shrewd decision-making can dodge its attack. Ostrich-like behaviour towards planning to cope with climate issue will open the door for more and more challenges. One of the most important steps to handle the climate issue is to change the exploitative economic model as a famous Canadian Author Noami Klein says that “A powerful message, spoken in the language of fires, floods, droughts and extinctions – is telling us that we need an entirely new economic model and a new way of sharing this planet.”

The writer is a student of Political Science at Quaid-e-Azam University, Islamabad. He can be reached at [email protected]