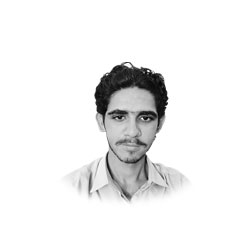 Climate change repercussions, as it appears, are alive and kicking. Catastrophic climate change is a far more dangerous predicament to be tackled than any dilemma in the contemporary world. Climate change is a threat to the existence of human beings and other species breathing on the earth. Even though the climate change predicament can push the globe over the apex of an uncertain future, no concrete measure on a large scale has been in the progress. Ecological disturbances triggered by the industrial revolution can out surface every species living on the earth in case the global heed to this crisis remains neglected further. The human beings’ apathy towards nature has almost destroyed everything, this time the human beings themselves are under the attack of climate change.

It is not too late so far to cope with climate change by using resources that humans possess wisely. Together, this calamity is preventable since the world is so globalized to tackle it. As the ruler of the earth, humans are capable to tackle it before it topples humans. With immense resources under its command, humans collectively can manage to escape the climate cataclysm. Years, even decades of burning fossils have multiplied the threat of global warming. This time it took a turning point with inferno heatwaves in Europe and an unseasoned monsoon in the subcontinent including Pakistan. Climate Armageddon is replacing the threat of nuclear Armageddon in sense of imminent. In contrast to the nuclear threat which is somehow controlled by the treaties i.e Non-Proliferation treaty, the climate change catastrophe is far more imminent following its Holocaust repercussions.

For decades humans have collected enormous resources from the environment while putting back just the excessive amount of trash and waste materials, thus, the environmental arena is completely disturbed. In multiple ways, we have created disturbance within the ecological balance. The burning of fossil fuels in every corner of the world is triggering climate change. As long as we combat the burning fossils, the Earth’s temperature already would have been increased as much as 2°C, which consequences will be disappearing ice caps, enlargement of deserts, and can push humans to seek new habitats since the previous would also have been uninhabitable.

The climate tragedy is looming large, to solely recognize it is not enough, we must act to resist it before it becomes irresistible. We must act to be safe rather than sorry. Unfortunately, till now, the emissions of fossil fuels is not reduced. The ventilated earth needs to go through rehab now to avert the looming tragedy of climate change then. According to some estimates, if we start using resources as much as only 2 percent of the global economy wisely, after some time the results would be overwhelmingly surprising in combating climate change.

Take Pakistan, for example, the unseasonable monsoon caused havoc in the country, from assets to infrastructure, everything is under destruction if not destroyed yet. The terrestrial rains triggered by climate change threatened human existence with heavy floods. With more than ten billion destructions by climate change, so far, Pakistan is paying the highest consequences of climate change. Pakistan, in terms of most climate-effected countries, ranks 8th while the country is responsible for hardly emitting 1 percent of Greenhouse gases. Of this injustice, the country hardly voices over to urge the global community to make the way to renewable energy hurdle-free in order to make the earth for all.

According to a news report, as many as 1500 people have died given this blow of floods, corps have been washed away and apart from that,  the country has suffered an estimated loss of 40$ billion. Consider, that an aid-backed country has suffered an immense loss due to the worldwide negligence that eventually triggered climate to change.

In conclusion, as long as the entire world gathers together to accelerate the process of switching from non-renewable energy to renewable energy, nothing can avert this calamity to occur since if Pakistan switches from fossils to clean energy overnight, of other countries emitted greenhouse gases will still enter into the atmosphere and could trigger another wave of terrestrial rains in the future time, of what kind beneficiary Pakistan would get of switching from fossils to clean energy? Hence, global problems need a global response.

The writer is a freelance writer based in Kandhkot, Sindh. He can be reached at [email protected]