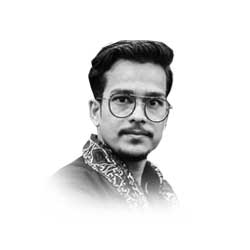 Today, the world is facing a similar sort of pandemic which was experienced in 2002-03 namely (SARS—COV-1), and after having thorough and comprehensive research, researchers found ongoing pandemic origin and called this Coronavirus outbreak as Coronavirus 2019 disease “COVID-19”. It is one of the contagious diseases that have spread almost across the world. Earlier, it was supposed to be only viral disease but gradually became fear and even nightmare for various states. WHO defines COVID-19 as “an infectious disease caused by a newly discovered coronavirus”.

In this disastrous situation, the World Health Organization, World bank responsibly came into action and played their role and granted aids to third world countries to fight against the Novel Coronavirus

Historically, Earth has faced many catastrophe diseases from Circa 3000 B.C. It was a prehistoric epidemic which was also emerged from the Prehistoric village of China. similarly, there were 19 other epidemics that have also wiped out in different centuries. One of them was observed the most deadly and disastrous that spread out in spring 1918 and the researchers called it Spanish Flu. It estimated that about 500 million people or one-third of the world’s population got affected due to this deadly viral disease and the number of deaths were estimated about 50 million worldwide with about 675,000 occurring in the United States. The Globe is again facing the same situation in the shape of Noble Coronavirus 2019.

Interestingly, (SARS-CoV-1) virus which was identified in 2003 was also connected to Chinese misery that Spread more than 30 countries and caused more than 8000 people, which lasted for half a year; it was least but not the last.

Coronavirus disease 2019 COVID-19 an epidemic disease that emerged from Wuhan, China, became pandemic in no time and spread like a wildfire and shifted from Asia to Europe. Coronavirus spread very rapidly across the world which has affected more than 190 countries and about 2,46,000 people lost their lives due to this pandemic outbreak. There are still more than 3,195,300 confirmed cases worldwide. While 988,079 people have recovered.

Consequently, On the one hand, COVID-19 has terribly pushed the world in the worst economic disaster where thousands of people unemployed and the government health care system collapsed. On the other hand, it also affected the states economically, politically, socially, and educationally. Somehow, China has already opened her markets and lifted lockdowns from cities, while the US, Italy, and Spain, worst affected as they reported a huge number of the confirmed cases and much higher death tolls.

The impacts of COVID-19 would be more tragic as it stopped the wheels of the world and have significant impacts on the world’s economy, politics and education. It has completely disturbed the machinery of the governments even had significant impacts on the big powers. It is reported that COVID-19 halted US job growth abruptly. The unemployment rate rose to 4.4% within a single month of March which is the highest rate since 1975. 10 million of its population have registered for the unemployment benefits in the month of March. Similarly, Italy had also surrendered as they publicly announced that they had failed to resist or overcome this pandemic due to the collapse of the health care system. However, the United States is leading as the highest rate of casualties with a number of  68,0489 and more than 1,052,303 confirmed cases. Besides this COVID-19 is on its peak and showing its colour to other regions of the world. World’s economists also believe that it’s not a matter of the casualties big powers are having but it is all about the economic race between them like the US and China.

In this disastrous situation, the World Health Organization, World bank responsibly came into action and played their role and granted aids to third world countries to fight against the novel Coronavirus which may somehow resist further spread or may help for caretaking means. concluding, the consequences of COVID-19 will probably be beyond our understanding. It’s time to protect others by protecting ourselves (WHO).

The writer is a student at the University of Sindh, Jamshoro. He can be reached at [email protected]