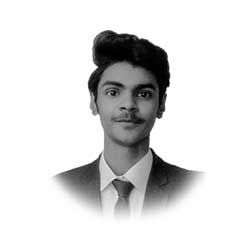 On 11th March 2019, WHO announced a global health emergency in effect to coronavirus. Since then, there has been no place where people have not been affected by this pandemic. On every continent, households have felt the devastation, joblessness, infirmity, and relentless fear of death. Countries of the world were forced to take drastic measures to limit the havoc caused by it. Major cities of world went under lockdown; industries stopped production, and flight operations halted. Such extreme measures and rapid actions for the newly discovered virus seemed stunning, especially given that a crisis-much bigger, more threatening than the coronavirus-needs global attention for decades. The issue is an ecological breakdown of our planet or simply climate change.

Whenever we hear about climate change, we intuitively do not bother to further engage about details. Reason? Because we aren’t aware of the consequences of it. Let’s see how the world is affecting by climate change. The world’s temperature is rising 20 times faster than the last ice age. Sea levels are rising and as a result of sea level rise-it has caused 300–900 percent more frequent nuisance flooding within U.S coastal communities this year. We all are witnessing extreme weather conditions such as heavy rains and wildfires for a longer duration than usual. Heat waves that we have never seen before, are hitting different parts of the world. Wildfires season has increased 4–5 months and can be seen from Australia to the Arctic. All these changes are making rare species to extinct, reefs to bleach, and oceans are being acidified due to continuous burning of fossil fuels. According to the International Federation of the Red Cross and Crescent, extreme weather and climate-related disasters have killed more than 410,000 people in the past decade. The biggest threat of climate change is the disruption of food supply chain.

Amazon-one of the world’s richest biodiversity-is close to reaching a tipping point beyond which it will suffer diminished rainfall, prolonged dry seasons and it won’t be able to sustain processes such as water recycling to keep itself alive. We are losing an equivalent to 27 soccer fields of forest area of the world every minute. Many scientists of the world are pointing toward the connection between coronavirus and climate change. According to WWF reports, 60%-70% of new diseases that emerged in the past 30 years, have a zoonotic origin. Clearly, these diseases are transferred from animal to human population under extreme environmental conditions. To enforce this further, we can head toward Amazon where outbreaks of rabies are occurring quite often and these outbreaks are in the deforested areas. The message for us here is clear! “Destruction of nature can lead to destruction of people.” When we destroy the habitats of animals such as bats and coyotes, they will only end up making our homes their homes. According to reports of WHO, WWF, and UN officials, Deforestation and illegal wildlife trade are the driving forces behind the zoonotic diseases such as SARS, MERS, HIV, and deadly coronavirus. More the interaction between people, livestock, and wildlife, the more the potential for a new pandemic to arise.

One thing coronavirus has taught us is that when countries, societies and individuals are faced with the real threat, they can act really fast. No matter it costs locking them in their homes. The reason why people are not taking climate change seriously is that we didn’t manage to communicate the real outgrowths of it. The most important thing we need is to spread awareness to young people about the effects of this crisis. We must now apply the same vigor to fight climate change or risk many more years as bad as 2020. We have to encourage initiatives such as green new deal, hybrid transport, and conversion to renewable energy sources. Most importantly media have to cover this alarming issue, the way they are covering COVID-19. Because unlike coronavirus, magic vaccine will not solve climate change.

The writer is a freelance columnist