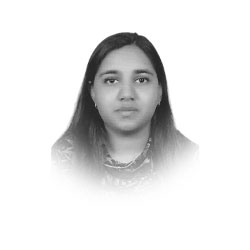 As we move towards a new global economy fueled by sustainable and eco-friendly advocacy, there lurks a hidden threat that can prove quite problematic if nations want to prosper. Around the world, the global population is rising amidst calls for population control. With no end in sight, this can threaten the survival of mankind when resources globally are already declining further exaggerated by political tensions between the superpowers of the world.

The year 2011 was marked by 7 billion human population. And the coming 15th November will add one billion more to this. According to the UN, by 2100, the human population is expected to hit 10.8 billion. It’s a huge milestone that could be widely celebrated by many of us but in reality, it is an occasion to reflect on the problems we are facing at present and are likely to face in the near future.

Overpopulation is a testament for the global community at present. When we use the term “Overpopulation”, it means a situation when the Earth is unable to regenerate its resources on par with the stark increase in population.  Historically speaking, in the 18th Century, renowned English scholar and economist Thomas Malthus predicted for the first time that humanity’s growth would outpace the ability to sustain itself with the resources.

Since 1970, experts have been analyzing the damaging consequences of overpopulation ranging from food and water scarcity to housing and health-related issues etc. An increase in population means an increase in demand of resources which further contributes to ecological degradation leading to more deforestation, decrease in biodiversity exacerbating climate change. According to one study, coastal areas are set to experience annual floods by 2050 due to human exploitation of resources. Asia is at the greatest risk due to its low-lying land and overpopulation. Furthermore, overpopulation would lead to an increase in conflicts and higher risks of large-scale disasters such as pandemics. In such a situation, developed countries will be forced to impose sanctions and restrictions, but the damage will be faced by underdeveloped economies.

A 2016 article by The Guardian looks at the relation between overpopulation among underdeveloped countries and seeks to answer the question “Are these countries overpopulated or underdeveloped? As per various studies, low-income countries seem to have the highest fertility rates in the world with countries in Africa and parts of Asia having the highest birth-rates in the world. This goes in line with death rates which have significantly dropped since the 20th century.

The question here arises that “What can be done in this situation?” I would say that its crucial to take an approach of advocating others about the adverse effects of overpopulation around the world and spreading the knowledge of family planning particularly in the underdeveloped states. As planet earth approaches eight billion we need to be alarmed that everyone has a role to play and in this critical situation we can’t ignore our roles in preventing our planet earth to collapse in front of our eyes.

The writer is a student of Defence & Diplomatic Studies at Fatima Jinnah Women’s University, Rawalpindi. She can be reached at [email protected]