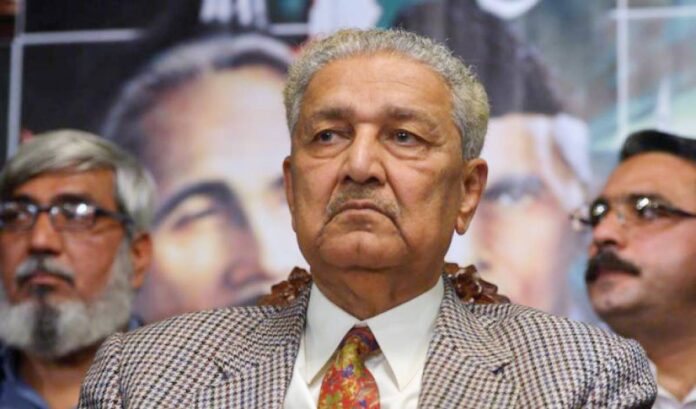 “Benefactor of Pakistan”, more popularly known as Dr. A. Q. Khan He is colloquially regarded as the founder of Islamic bomb.  Khan founded Kahuta Research Laboratories (KRL) in 1976 and headed it for nearly 25 years. Khan was born in Bhopal, India in an Urdu-speaking Pathan family in 1936. His father Dr. Abdul Ghafoor Khan was an academic in the Education ministry and after retirement in 1935, settled permanently in Bhopal State. After the partition, the family emigrated and settled in West Pakistan. Khan studied in St. Anthony’s High School (Lahore) and then enrolled at the D.J. Science College Karachi to study physics and mathematics. After making a transfer in 1956, he attended Karachi University, obtaining BSc in Metallurgy in 1960. Subsequently, he got an internship at Siemens Engineering and was employed by the Karachi Metropolitan Corporation and worked as a city inspector of weight and measures in Karachi. In1961, he went to West Berlin to study Metallurgical engineering at the Technical University Berlin. Dr. Khan obtained an engineer’s degree in technology from Delft University of Technology in the Netherlands and doctorate in Metallurgical engineering under the supervision of Martin Brabers from the Catholic University of Leuven in Belgium, in 1972.

Dr. Khan’s doctoral dissertations were written in German and contained fundamental work on martensite and its extended industrial applications to the field of morphology. In 1972, the year he received his doctorate, Dr. Khan joined the senior staff of the Physics Dynamics Research Laboratory in Amsterdam. There, he began his studies on the high-strength metals to be used for the development of gas centrifuges. The gas centrifuges were first studied by Jesse Beams during the Manhattan Project in the 1940s but research was discontinued in 1944. The Physics Laboratory was a subcontractor for URENCO Group, the uranium enrichment research facility at Almelo, Netherlands, which was established in 1970 by the Netherlands to assure a supply of enriched uranium for nuclear power plants in the Netherlands. Dr. Khan left the Physics Laboratories and joined URENCO Group. There, he was tasked to perform physics experiments on uranium metallurgy, to produce commercial-grade uranium metals usable for light water reactors. Dr. Khan’s leading-edge research in metallurgy brought laurels to the URENCO Group. Dr. Khan’s pioneering research to improve the efficiency of the centrifuges greatly contributed to the technological advancement of the Zippe centrifuges, a method that was developed by mechanical engineer Gernot Zippe in the Soviet Union during the 1940s.

The 1971 war and Indian nuclear tests urged him to do something for his motherland. In 1979 the Dutch Govt. got suspicious of him regarding access to UC technology. The formal investigation by the government. The Dutch court sentenced him to 4 years of imprisonment in his absence in 1985 while A.Q khan was in Pakistan. The sentence was overturned on appeal on a legal technicality by the Court. In 1974 he came to Pakistan and in 1976, he joined the atomic bomb project, and became a member of PAEC. On 4 June 1978, the enrichment program became fully functional. In 1981, Khan took over the operations of ERL as its interim director and senior scientist. In 1983 he became director of ERL. The journey continued till 1998. On 28 May, 1998 Pakistan became the first Islamic atomic power. His greatness compelled him to author an article, Torch-Bearers, which appeared in The News International, emphasizing that he was not alone in the weapon’s development. He made an attempt to work on the Teller design for the hydrogen bomb, but PAEC had objected to the idea as it went against government policy.  Through the Pakistan Academy of Sciences, Khan published two books on metallurgy and material science. Khan began publishing his articles from KRL in the 1980s, and began to organise conferences on Metallurgy.

He contributed to the GIK serving as the Project Director. After the construction of the institute Khan took the Professorship of Physics while also serving as the Chairman of the Department of Metallurgy and Materials Science. Later, Khan helped establish the Dr. A. Q. Khan Institute of Biotechnology and Genetic Engineering at the Karachi University. Khan also remained a vigorous advocate for a nuclear testing program and defense strength through nuclear weapons. He has justified Pakistan’s nuclear deterrence program as sparing his country the fate of Iraq or Libya. Pakistan’s motivation for nuclear weapons arose from a need to prevent “nuclear blackmail” by India. Had Iraq and Libya been nuclear powers, they wouldn’t have been destroyed in the way we have seen recently. If Pakistan had an atomic capability before 1971, we would not have lost half of our country. He is the recipient of Nishan-e-Imtiaz (1999), Nishan-e-Imtiaz (1996), Hilal-e-Imtiaz (1989), Sir Syed University of Engineering and Technology, 60 Gold medals from universities in the country. After his role in Pakistan’s nuclear program, Khan re-organized the Pakistani’s national space agency, SUPARCO. In the late 1990s, Khan played an important role in Pakistan’s space program, particularly the Pakistan’s first Polar Satellite Launch Vehicle (PSLV) project and the Satellite Launch Vehicle (SLV). He set up a metallurgy and material science institute in GIK. Dr. A. Q. Khan Institute of Biotechnology and Genetic Engineering at Karachi University, has also been named in his honor. Khan thus played a vital role in bringing metallurgical engineering courses to various universities of Pakistan. According to A.Q Khan the weapon was ready in 1984 and could be detonated on a notice of one week. The tests were not conducted till 1998 for several reasons. 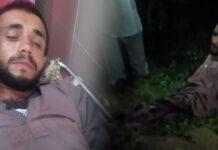