Pakistan the land of the pure has resources that world dreams of, and since its inception in August 1947, the nation has suffered at the hands of the disloyal and sold out traitors one after the others.

Pakistan as per slogans is an ‘Asian Tiger’ that is running at the light speed and has development index that world is baffled with. The truth sadly is otherwise. Pakistan never had that honest and upright leadership that people could look up and after great Quaid-i-Azam Muhammad Ali Jinnah, everyone has been tarnished by the others without mercy.

The state is bigger than the individual and there are many options state has and there is no dearth of Pakistanis who are ‘sons of the soil’ and place the motherland above all.

General Zia era also has its share and certain quarters believe that nation suffered most in his time while the others claim to inherit the policies he laid for building the nation.

Pakistan People’s Party and Pakistan Muslim League all had their stints in the national politics and twice the two left and right wingers were bowled out owing to their corrupt practices.

The endless and immeasurable tales of corruption when narrated in the Public Accounts Committee are so horrifying that people get shocked as such a waste of national wealth by the hands of incompetent individuals who neither have education nor have acumen to make decisions what is good for the nation.

Currently the predicament faced by the nation is of foreign nationals who have taken the steering seat and without the idea of cultural and demographic complexities the policies and the ideas by Prime Minister Imran Khan get twisted by the opposition.

The nation goes round and round in the political debates of leaders who twist everything for their own petty politics putting the national interest behind.

The Coronavirus pandemic at present has extreme of opinions at different levels and this opinion gets the space in the media without the thought of the commoner who sits and stays hungry behind doors.

The money doled out as per statistics available is in billions but has there been a check that it has reached all the deserving.

A suggestion like ‘sasti roti’ would have helped the poor a lot if government with portable ovens reached the poor localities and helped them with food at their door step and this effort would have curtailed the swarms, nation witnessed on the roads during the lockdown.

This could have earned political mileage to the Pakistan Tehreek-i-Insaaf and could have benefitted the Prime Minister for his compassion and care for the poor.

Sadly the things come out, which could have otherwise given the boost to the chrisma and charm of the cricketer turned politician is twisted which results in all his associates giving clarifications.

The last but not the least is the details of assets from the advisers of the Prime Minister Imran Khan who are dual nationals taking the oath of loyalty to the other country leaving the ‘motherland’ for their personal and material gains. These individuals are eyes and ears of the Prime Minister in the current setup and their presence have raised queries in certain quarters.

These individuals are like seasonal birds that change countries at opportune time and return to their motherland again at appropriate time. These birds have neither permanent abodes nor relations with the country they visit. It’s just a relation based on need.

Same is the situation here in our beloved country where such people are in abundance, who look for opportune time and fly when they see their time of taking advantage is going to be over.  The coteries around PM Khan will one day fly back to their countries of comfort as the saying goes, ‘Birds of same feather flock together’.

The court has case pending about the government officials who have dual nationalities and enough hue and cry was raised on their loyalties.

The question remains unanswered as how a person who ditch the ‘nation while working for the nation at the same time’.

This unexplainable doctrine can be a research paper for any PhD student as why this happened particularly in Pakistan?

Why there hasn’t been any legislation that anyone at the public office or in national service will not be entertained as his/ her loyalty has a question mark.

The state is bigger than the individual and there are many options state has and there is no dearth of Pakistanis who are ‘son of the soil’ and place the motherland above all.

Prime Minister Imran Khan should please consider the options of having people who are true to his cause and there are many who will stand shoulder to shoulder with him. All IK has to do is to find these ‘sons of the soil’ and gives them achievable targets that are for the nation and its people who breath in and breath out Pakistan ‘the land of the pure’. 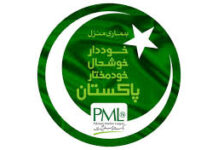