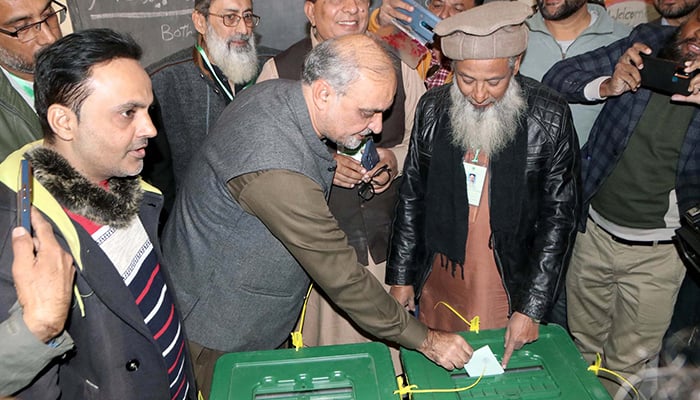 The second phase of local body elections in Sindh are now complete and  after two days of waiting, the Election Commission has declared the Peoples Party successful winning 98 out of 246 seats, Jamaat-e-Islami won 88 and Pakistan Tehreek-e-Insaaf settled for 46 seats in Karachi.

Other parties including Muslim League-N, Jamiat Ulema Islam, Tehreek Labek could hardly prove their mettle. Peoples Party seems happy with the results, while MQM, Jamaat-e-Islami, PTI, and JUI, have boycotted the elections and are alleging that the elections were not transparent. All parties are linking the delayed declaration of election results with a rigging plan.

Allegations of election rigging and the reactions of political parties are all there and if a party wins the exercise is transparent and if it loses the same party comes up with allegations of rigging.

This is still debatable that political parties after rigging of 1977 elections unanimously learned that the establishment used them against each other to gain control. In 1977, Prime Minister Zulfiqar Ali Bhutto was stuck when he was advised to hold elections a year earlier. The Pakistan Peoples Party (PPP) had a clear lead. But then Bhutto tried to get himself elected uncontested through an unnecessary administrative trick. He kidnapped his opponent Jan Muhammad Abbasi of Jamaat-e-Islami from Larkana. The Chief Minister also followed suit and the two got themselves elected unopposed. This process did not stop, General Zia had promised elections in 90 days on October 16, 1977 but postponed them after receiving reports that PPP will make a clean sweep in the elections. In 1984, Ziaul Haq tried to gain political legitimacy through a ‘referendum’ to test his popularity and was declared the winner despite empty ballot boxes with 98 per cent of the votes cast.

The 1990 elections were allegedly ‘rigged’ and funds were given to anti-PPP parties. This later led to the high profile Mehran Bank scandal which is linked with Asghar Khan case. Mian Nawaz Sharif became the prime minister through this pre-poll rigging and formation of Islami Jamhori Ittehad (IJI) is the biggest case of election rigging in Pakistan.

Tehreek-e-Insaf started a protest (dharna) that went on for 126 days at D Chowk Islamabad. The sit-in ended on the condition that the government would verify the results of the four constituencies and agree on points for electoral reforms.

Tehreek-e-Insaf won the 2018 general elections. The opposing parties accused Election Commission’s system being static for a few hours as rigging.

Imran Khan remained in power for three and a half years and as soon he formed the government, Jamiat Ulema Islam started a long march and dharna for its removal.

Imran Khan’s government amended the Election Act. Electronic voting machine was added to ensure electoral transparency. After Imran’s ouster from office Pakistan Democratic Alliance (PDM) took over the reins and first thing it did was to change the Election Act. Overseas Pakistanis were deprived of their right to vote, and the condition of Electronic Voting Machine was also abolished.

The question remains as to how long will this go on? The LB elections in Sindh have raised enough questions on the transparency and credibility of the Election Commission.