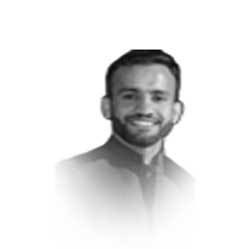 Populism has been there historically in different eras and areas. The phenonomenon offers an interesting insight when understood  with reference to Ethnic and Civic Nationalism.Currently, Ethnic Nationalism appears to be  dominating, an relatively, Civic vitues are in decline.Right wing populist parties in Europe appear to have ethnic tendencies. Right-wing populism can undermine liberal institutions as it tends to mobilize ethnic and cultural cleavages. Most of the Western European populist parties, however, can,t be simply termed as ethno-nationalist in Kohnian sense.   Instead,  the term   “ethno-traditionalist” befits better for the Western European populist parties. The populist parties in Western Europe seek to protect the general composition of the society while keeping some space for the minorities. It appears to be an imperfect fit between politics and ethnicity. On the other hand,  Eastern Europe lacks civic inclusiveness because of past experiences and the resultant authoritarianism.

Contrary to the right-wing populism,   which mainly appears to be driven by ethnic tendencies, material concerns drive the left-wing populism.  Left-wing populism is more civic and inclusive in nature. Populism also appears to be defining the meanings of a nation.For instance in the US Wilsonian and Jacksonian traditions yet again came to prominence in the 2016 elections strongly where Hillary earned more popular votes showing the strength of civic variant of nationalism. This bifurcation also resembles Congress and BJP’s conception of the Indian nation. As more Civic and inclusive political party congress lost its patronage-based setup BJP capitalized on it and Modi effectively saffronized voters targeting latent ethnic cleavages. However, Modi’s policies were more directed towards religious exclusion and Trump’s policies were directed towards racial and religious exclusion both. CAA in India mainly targetted Muslims while in the USA Trump’s policies were more anti-Mexican immigrants. Although Trump had also imposed the discriminatory travel ban policy on Muslims  it was lifted later on the orders of the Court.Nostalgia for the white dominant past was also an important element of Trump’s populist rhetoric. These are the “ardent” and “creedal ” nationalists that represent competing trends of ethnic and civic nationalism in the USA as argued by Bart Banikowski in his work “Ethno-nationalist populism and the mobilization of the Collective Resentment”.

Certain factors like socio-economic transitions, demographic shifts, multiculturalism, and security threats(terrorism) appear to have caused neo-nationalism or re-nationalization. The confluence of these structural changes appears to have triggered the latent cultural cleavages and differences over the meanings of what constitutes a nation. Discriminatory legalism and colonization of bureaucracy may result due to exclusivist populism thus undermining democratic institutions. Largely, developed democracies do not appear to structure their citizenship regimes in line with pure populist demands, however, incidents of selective exclusion may increase, hence, undermining civic nationalist tendencies. It also appears that both civic nationalist tendencies and ethnic nationalist tendencies at times can reinvigorate each other, thus competing in seismic shifts of populism.

However, Bergmann in his book “Neo-Nationalism: The rise of Nativist Populism” also argues that there is an overrated correlation between real social developments(socio-economic, cultural, and demographic changes) and support for the populist parties in Europe. For instance, Austria, Denmark, and Switzerland are wealthy countries where radical right found great support. Interestingly, people in the areas highly subsidized by the European Union voted for exit in Brexit. The Dutch freedom party and true Finns kept growing stronger even when immigration was falling in the Netherlands and Finland. The Czech Republic despite being untouched by the immigration crisis witnessed the rise of the populist parties. Moreover, some of the ardent opponents of Muslim migration were the countries with a lower number of Muslim inhabitants(E.g Hungary and Poland). Likewise, Trump also did not receive votes in several areas with a healthy number of immigrants(E.g Chicago NewYork and Los Angeles). These variables demand a scholarly inquiry.

Moreover, the Phenomenon of post-truth politics(when it is difficult to separate facts from fabrication due to excess of information and digital polarization) may strengthen mere political rhetoric to an extent that fear of an imagined grim future may also trigger nativist tendencies as in radical right populist parties. Right-wing populist parties also veil their illiberal commitments through liberal political strategies. Left-wing populists appear to be more sincere with the concept of civic society, democracy, and civil liberties but overall in practice,  their results appear to be mixed. Erosion of democratic system, weakening nation-state policies, and failure of traditional political parties has also given way to the ethnic nationalism in the form of populist politics of contemporary times.

Today, the number of populist parties in government is the highest ever. Most of these governments are in Europe. The rest are in America and Asia. As compared to the civic nationalism ethnic nationalism appears to express itself more strongly. The populist rise accompanied by ethnic nationalism is weakening the informal and formal institutions of accountability. Institutions and norms underpinning a liberal democratic order facing a challenge. According to the Global State of Democracy Index, of the 28 indicators forming the Global State of Democracy indices 22 indicators declined under populist governments relative to non- populist governments. The decline was observed in Civil liberties, Freedom of association, and freedom of Assembly. This is indicative of the decline in civic virtues. It also attests to the decline in Civic Nationalism. Largely, the sway of ethnic nationalism will keep on testing the world under the populist regimes. A fast-changing world demands more prudent policies from the states around the world. Recent protests in the wake of George Floyd’s death were called for the true provision of civil liberties. Therefore, governments around the world should chalk out policies fostering the civic concept of the nation with a shared sense of responsibility. In this way, we can invoke the sense of shared humanity instead of ethnicities and identities.