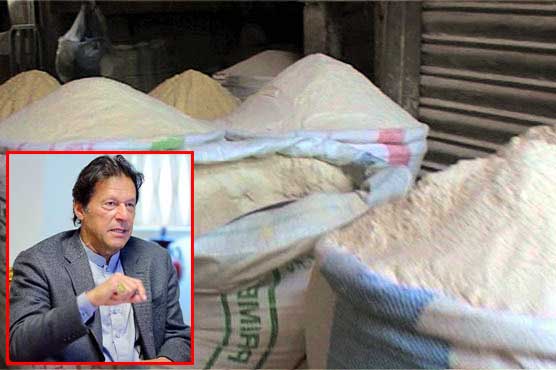 Twenty kilogram flour bag is Rs 1500 and more, the breaking news broke the back of the poor which are in abundance in Pakistan. There is nowhere to go for the commoner as a famous slogan that was aired for former Prime Minister Nawaz Sharif and current incumbent Prime Minister Imran Khan in the political rallies had the word ‘go’ minus the destination.

The loud chants can be heard from quite a distance with political workers in the rallies asking their opponents to ‘go’ but they never came up with a suggestion as where they want ‘them to go’ or where should they end up.

A commoner in Pakistan starts its day with a cold breakfast as many a places have no gas and electricity the packed lunch from home is also cold as where he works there is no facility of kitchen, so no chance of warm food. The only option available is the contaminated tea which is made with adulterated milk carrying substances which are lethal for human consumption. The water is also contaminated as 80 per cent of population is drinking unclean water.

The three makes a lethal combination water followed by electricity and gas and the rulers believe they have turned the fortunes for the country.

The two heads of the government one present and the other former both represent elite and privileged class and with ‘utmost and due respect’ have no clue of the commoner’s grief and day to day life.

The flour has gone up and so is the anxiety level of the commoner who has no relief since long and there is no possibility of having relief in the near future.

The United Nations’ Reports have many eye openers for a person who has a prudent mind which regretfully is missing in the ‘cone heads’ of the government.

The empty promises and hollow slogans have resulted in nothing for the commoner who face the same fear for decades. To name a few, police that is made to serve and protect but does otherwise, courts the upholders of law set an example and releases Majid Achakzai on lack of evidence, municipalities for civic amenities become the endless and bottomless quagmire of corruption. The list goes on and on and there is no ray of hope at the end of the black hole which is infinite.

The back and bone breaking news that are likely to come in few days time, as week is too long a period to make people get accustomed to change.

The burden of misery should never get light on the poor masses in Pakistan and there is no harm in adding a bit more as the nation is resilient and will always get back on its feet. This is the belief of the ruling elite who are hell bent in squeezing the life of the poor.

The masses are hard pressed and have survived, they will not die when a few more straws in the form of fuel prices, flour prices, sugar price and lastly gas prices are added on their squeezed budgets that is not even enough for sustenance.

The service sector in ‘land of the pure’ is pit that is bottomless and to get the very basic of amenities is a task that is like squaring the circle. The meters for gas, electricity have applications numbering in hundreds and only money makes the mare go, those who understand the system and make the ‘meaningful graft’ achieve the desired result.

How many housing societies are in an around capital which have no basic amenity in the form of gas or electricity. The people have dug up bores and drilled the earth to get water and are thankful for the presence of solar panels that is making them survive in the concrete jungle which is nothing but walls everywhere.

The policy makers at the helm of affairs believe ‘land of the pure’ is a gold mine and they are right as they dig up the gold and extract the last ounce of blood from the commoner who commits suicide as gas and electric faulty meters sent a bill which is protected under law to be paid first and fault will be corrected later.

The tariff of electricity meters has never been revised and unit above the mark result in whole tariff getting changed. The people responsible for giving this shock have their bills paid for from consumers pocket and they ruthlessly enjoy the free perk of electricity and not the shock as they are from the organization.

The list of taxes that are collected on the bills for different development projects also needs a revision as government in order to fleece the masses does very little for the welfare of the masses and has shown very little that masses can be proud off. The commoner die of disease and hunger each day and makes no difference for the ruling elite who are above the law.

How many lives should these electricity providers need, to make them adopt a humane approach which is non-existent from the very core of the organization. The electrocuted humans have never been compensated and people responsible for taking these lives, live as if nothing has happened.

As regards gas which will have low pressure in winter and there is possibility of very little gas for the residential consumers. The result is the illegal utilization of ‘compressor’ which allows the user to have a warm meal leaving all other households in the street with cold option.

Lastly if government thinks the masses have no brains they are wrong a common man can add up the sugar mills, flour mills, steel mills and if the records are straight as per law there is abundance of everything in Pakistan and artificial shortage is deliberately created.

Should government consider its lowly subjects as humans, every cartel in Pakistan can be taken to task and everything will be in commoners reach.

Who has to take the initiative and break the mafias and cartels and stand up for the poor, the question stays open.