ISLAMABAD: The government has decided to launch an Islamic financing facility for youth under its Kamyab Jawan programme. Special Assistant to Prime Minister on Youth Affairs Usman Dar met State Bank of Pakistan (SBP) Governor Reza Baqir to discuss about unveiling of this program scheduled to launch in April. According to officials, conventional banks will also involve in Islamic financing for youth.

Dar briefed how this program will work according to the continuous requirements of the youth for Islamic financing. Furthermore, he said that consultations regarding this program with central bank and all stakeholders has been finished. He also said that loans will be distributed among youth under Youth Entrepreneurship Scheme (YES) after proper inspection in the initial phase and successful applicants will be awarded Islamic financing in the next phase. Notable YES initiated under Kamyab Jawan Programme in October and Rs 100 billion is allocated for financing from Rs 100,000 to 5 million which will be distributed amonth youth to support their practical business ideas

“Some 1.3 million youth applied for the loan scheme in merely 15 days which brings it into international spotlight as a team of the United Nations has discussed this Kamyab Jawan programme for attracting such a large proportion of youth,” Usman Dar said. 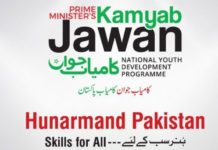 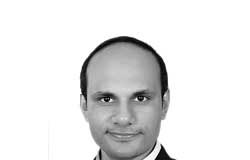