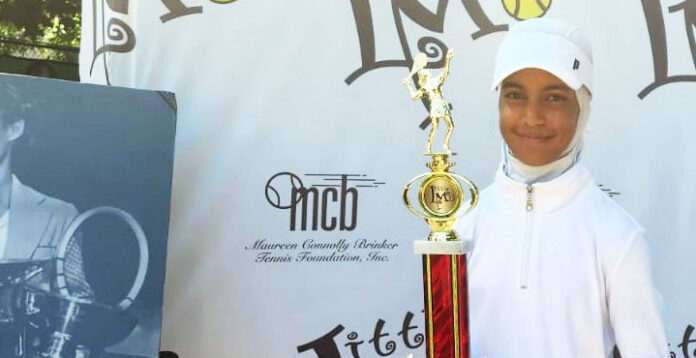 Islamabad: Haniya Minhas, Pakistan’s 12-year-old tennis prodigy, has emerged victorious in the Girl’s 12 and under singles, doubles and Mixed doubles at the recently concluded Little Mo Internationals in New York.

In the Girl’s singles, Haniya defeated Juliana Castellanos Trujillo in straight sets 6-1, 6-1. She then teamed up with Juliana for the Girl’s 12 doubles, where they beat Nella Glowacka and Janita Files with score of 8-3 in the final. Thomas O’Neill and Haniya teamed up for the Mixed doubles defeating Ishaan Yadlapalli and Elizabeth Sabaev with score of 8-5 in the final.

“These trophies mean a lot and I want to continue playing to the best of my abilities,” said Haniya.

The “Little Mo” Tournaments are important launching tournaments for rising stars. Little Mo is named after Maureen Connolly, the winner of nine major singles titles and the first woman to win a Grand Slam. She is also the only player in history to win a title without losing a set at all four major championships and was a leading player in her time.

Expressing his delight at this achievement, Abdul Razak Dawood, founder of the BARD Foundation, which has sponsored Haniya since she was nine years old, said, “Haniya’s enthusiasm, passion, and discipline will one day make her a world-class tennis player. I’m delighted at this young talent. Pakistan has a star in the making.”

Bilquis and Abdul Razak Dawood (BARD) Foundation is currently sponsoring Haniya’s training at the IMG Academy in Bradenton, Florida, USA. The Foundation’s mission is supporting the development of young talented Pakistanis, in any field of endeavor, allowing them to fulfill their dreams and leaving their mark.

Haniya has won a total of 8 gold medals, 1 silver, and 1 bronze in eight months, making her the highest-ranked tennis player from Pakistan in the Asian Tennis Championships, in the 14 years and under-age category, for both boys and girls. In 2021, Haniya also won a Bronze at the IMG Future-Stars in Greece. 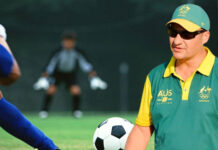 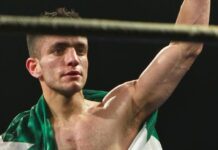 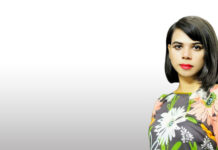 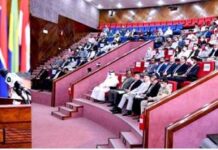 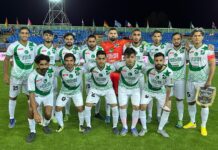 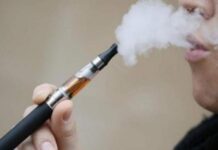