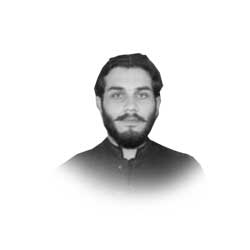 The weather is going to be cold in coming days but the political environment is getting hot day by day in Pakistan. On the 16th of Oct PDM, Pakistan democratic movement, a political alliance of more than ten political parties started its campaign against the government. They are aiming to conduct a series of gatherings against the government and have united to oust Khan from power. The PDM raises questions on the legitimacy of Khan’s government and urges him to step down. They blamed military establishment for raging the people’s mandate and bringing a puppet in shape of Imran khan to government. The opposition are declaring this a “beginning of the end” for PTI government but it will face a tough time to sell its narrative in public because of its previous actions and weak credibility. The 11 Parties alliance has a number of reasons for its weak moral and political grounds in this power game.

In the first gathering Nawaz Sharif, the three-time prime minister not only criticized General Bajwa for interference in politics but also kept judiciary on the receiving end. Nawaz Sharif expects behavior of General Jilani, Zia-ul-Haq and General Durrani from Bajwa. The way these people backed him in the past and used him as a puppet against Benazir Bhutto. He is annoyed with military establishment this time not because of derailing democratic norms, but for the reason that why they didn’t bring him in power for the 4th time as they did 3 times in past. Nawaz Sharif is revolutionary in the making for the 4th time, He has no issue with court’s decisions and its injustice if these decisions come in his favor as Justice Qayyum did in past. Moreover, If General Bajwa is behind 2018 election raging, then why he became bad now, why your party supported his extension bill in parliament few months ago. These are some questions and reasons which raise some serious questions on the credibility and so-called civil supremacist nature of PMLN.

Similarly, PPP and JUIF, are accusing establishment in the same way as PMLN does, but they cannot deny the fact, Maulana Fazal ur Rehman not only rescued dictatorship but provided it the so-called democratic support in past. Moreover, it was Benazir the leader of PPP that time who did deal with military dictator Musharraf as a result she came back to the country.

The government should not worry about the opposition so called democratic movement, because it is not the real threat to it. Rather, it should be panic from the common public the way they are scrimped by increased inflation. Prices of daily food stuff like eggs, sugar, tomato, and pulses are getting high and high every day, which has brought an endless tension to people. Therefore, people are eyeing to opposition not because of their so-called claims, but due to the high rate of inflation. People need an immediate solution for their basic problems. Therefore, government needs to find instant solution for their problems, otherwise it will face a real opposition in shape of public.

The writer can be reached at barkatullahbarakaat