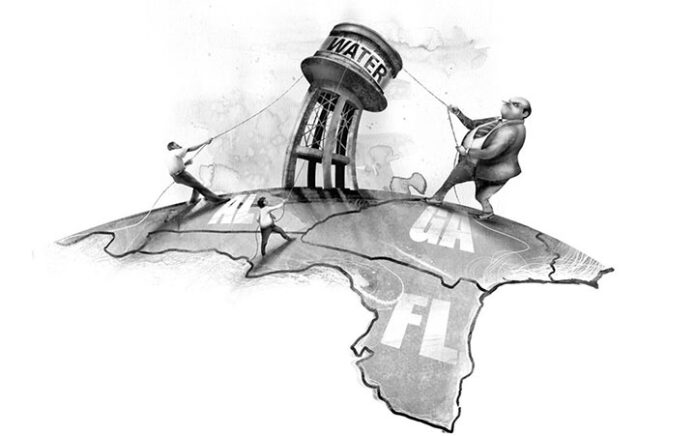 Water is life and sadly Pakistan has been facing the issue since long. Tarbela the biggest dam in Pakistan has almost reached its dead levels and there is no water left for the standing crops which is a matter of great concern.

The provinces after the 18th amendment have been acting as individual entities and treat the federation as a hostile unit. The statements from the provincial political stalwarts depict as if they are at war with federation. Pakistan has a strong agriculture base and 70 per cent of population is linked with it.

There has been number of cases in the apex Supreme Court of Pakistan where the ‘subjects’ in ‘land of the pure’ sought help to ascertain their position in provision of water. There has been number of examples where the rich landlords during floods, break dams to save their land and ruin the land of the poor farmers while at the same time these powerful elite ensure their land gets maximum of water and the poor farmer is denied the water. The water wars in Pakistan have resulted in countless deaths and enmities in villages which still exist over the issue. Water the lifeline extends life to some while at the same time it takes away the lives of many who in their quest end up six feet under.

Last year the floods have shown the capacity of all provincial governments particularly Sindh and Punjab. The floods in Punjab inundated the low lying villages and areas and thousands were displaced and the sad truth is the women from these villages end up in red light areas as with all money and materials gone there is nothing much to survive on.

The sex slaves stories have been a regular feature in the media and the bone chilling tales of these women are horrifying as treatment they faced at the hand of the captors. Floods in Sindh resulted due to encroachments as the leading housing societies in Sindh in their land grabbing spree choked the water course of the drains that passed through these posh localities. The result was evident the drainage stream took it revenge and flooded the rich elite houses who came out on the street demanding compensations for the losses incurred. The public on the whole was bemused on the plight of the rich elite protest which faced the floods for the first time and experienced how it feels for the washed away fortunes. The court has made it clear that every citizen has a right to clean drinking water a luxury that ordered but denied to over 80 per cent of the nation. The truth of the matter is that beggars can’t be choosers and the decisions for provision of fair and equal distribution of water among the provinces according to the crop size will always be a bone of contention. The IRSA (Indus River System Authority) meeting had provincial representatives fighting over water depicts the state of affairs and if this continues the water wars that are taken as international dispute will turn into provincial dispute.