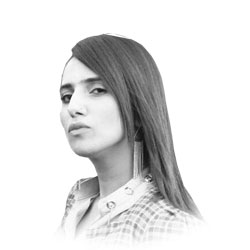 Since the US visit of Imran khan on last Monday, every Political pundit is trying to gauge the strength of its ripple effect on the global arena. Some are considering it a great milestone for Khan’s Government whereas others are brushing it off as merely another state visit which holds no significance in the current global scenario. The reality is that it is too early to build any concrete opinion about it and reckon how it will shape up Pakistan’s relation not only with the US but also with another key player who is vying for power on global Stage-China.

Some experts are concerned about Sino-Pak relations in the wake of this visit and are of the view that it might cast some shadow on strategic partnership and cooperation between the two countries. China can take this enthusiasm of Khan’s Government toward the US as a matter of concern because it can influence its position in South Asia. In the wake of these events, China might brood over the revamping of policy outlines toward Pakistan. These doubts and concerns are all baseless. No doubt it will help to clear some dark clouds of doubt looming over US-Pak horizon for more than two decades now. But in reality, it will take time and some serious efforts and consistent diplomacy on both sides to reconcile the differences and jumpstart the relations due to the divergence of interest in Afghanistan and Asia. On the other hand, Pak-China friendship is deep-rooted and both nations are involved in engagements on the political, economic and socio-cultural level. It is safe to say that this visit will not put a wrinkle in smooth bilateral relations between China and Pakistan especially keeping in mind the geopolitical and geostrategic situation of the region and the ‘’ New Great Game”.

The best line which defines the nature of relations and amity between China and Pakistan is “Pak-China friendship is higher than the Himalayas, deeper than the ocean, sweeter than honey, and stronger than steel.” Their friendship is strengthened with time and both nations shared an equal eagerness to maintain the status of ‘’strategic ally’’. These strong ties are based on mutual interest and shared vision of prosperity, regional peace and integration, and welfare of both nations. International diplomacy experts label this friendship as “Iron Friendship” because it withstands the test of all time. Both countries understand the importance of their friendship for regional peace. On various occasions, they have supported each other and proved they can rely on each other in a moment of difficulty.

Beijing considers Islamabad an important friend and later has played a significant role in China’s bid for a number one position on the global stage. Pakistan became the first nation to recognize people republic of China and sever all its diplomatic ties with Taiwan. Pakistan also supports China on the issues of Tibet and Xinjiang. Beijing understands the critical role of Islamabad to counter the hegemony of Delhi in South Asia and on the waters of the Indian Ocean. China has lent its support to Pakistan to maintain its territorial sovereignty and supported Pakistan’s stance on Kashmir conflict. China has never shied off supporting Pakistan Nuclear program for peaceful purposes.

Pakistan is a key player in China’s “Belt and Road Initiative” to connect China’s economy with more than sixty countries around the globe. China is building massive infrastructure and network of roads and highways worth billion off dollars from the Karakorum to Karachi. Gwadar port which is being developed by China will give an opportunity to connect China with the Middle East and CARs and will also serve as security point against India’s Chahbhar which is being developed by Indians.

The robust Sino-Pak relations are critical for Pakistan stability and China’s economic growth and its dream of rejuvenation of the Chinese culture. Both nations are well aware of the changing geo-political situation in the region and their critical role for regional harmony. In the future, they will continue to cooperate for mutual interest, stability and prosperity of the region.

The writer works for a private school in Islamabad, she can be reached at [email protected]