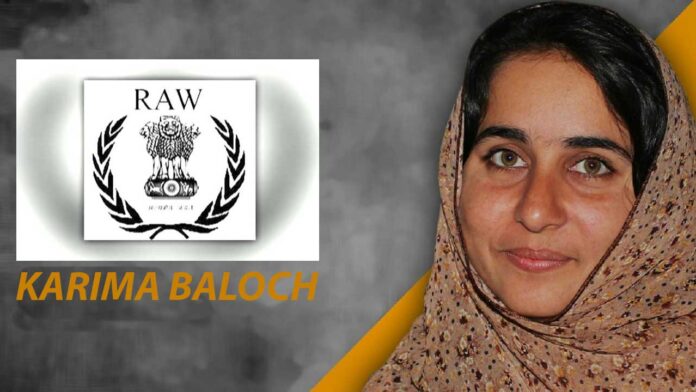 DisinfoLab calls it a RAW act aimed at removing its assets, after the unearthing of grand designs of India and its friends.

That the European Union countries established a DisinfoLab; that it started dissecting the deluges of information coming from different directions; that it has honestly reached an impartial conclusion that the EU territories are being used as a hub of world intelligence agencies, including Indian RAW and its collaborators; and that it has rightly and very timely taken the decision that the EU soil must not be used any more for fulfilling the nefarious designs of other countries against their rival countries or agencies.

This also means that the European Union has come to know about something very serious, otherwise such a collaboration had understandably been going on since ages because intelligence agencies operate under covers and therefore do not get detected or unearthed, which is called a successful intelligence functioning. Usually, such agencies try to buy loyalties of inside people and therefore such activities do not come to limelight. But what has gone wrong on part of RAW and its collaborators, which has infuriated the saner elements within the EU is yet to be known. However, the very effective DisinfoLab has done a very good job by unearthing the source of disinformation and its target areas. Thankfully enough, this has come out as a blessing when the Indian government under Nazist Modi is reportedly poised to launch another false flag operation against Pakistan. But the disclosure of EU’s DisinfoLab have seemingly turned its tables.

At the same time, the disclosures have alerted the Indian intelligence agency as well as its collaborating agencies and therefore they have seemingly started clearing their own mess. The same lab, through its dissecting investigations, reportedly identified a RAW operative working from the Canadian city of Toronto who Mama Qadeer, a Baloch human rights activist, had also previously declared ‘missing’. That operative namely Karima Baloch was found dead in her apartment some days ago, as the DisinfoLab calls it a RAW act aimed at removing its assets, after the unearthing of grand designs of India and its friends. The question that why RAW considered it appropriate to use her and then remove her from its way is very much obvious that the enemy is stooping so low by using even females from Pakistan’s province of Balochistan.

Following findings are important to note: The tactic of placing females as leaders of BSO-Azad is a direct result of Mama Qadeer’s success in using Karima Baloch in his missing persons’ marches. Its ideological basis was provided by founder of BSO-Azad Dr Aala Nazar to use soft power of terrorist groups. Karima Baloch aka Karima Marri was picked by Mama Qadeer and made chairperson of BSO-Azad. She successfully served as head of this banned organization, but didn’t get charged or prosecuted because she was a female. She publicly made anti-state speeches, but nothing happened to her. She successfully served as the face of many protests and rallies of Mama Qadeer’s “missing persons’ campaign”. She also became a driving force behind getting more female Baloch students joining the banned organization, using their soft power for benefit of BLA-BLF terrorists. Mama Qadeer groomed her and she travelled with him to Geneva, Switzerland, where they used their contacts with Indian RAW sponsored network in Switzerland to maximize their propaganda against Pakistan. She maligned Pakistan at the UN’s 39th session of Human Rights council. She also used her and Mama Qadeer’s links with the Indian funded anti-Pakistan networks sponsored by RAW such as the ‘World Sindhi Congress’ in Switzerland. She used to attend conferences organized by them, made speeches at anti Pakistan forums and was widely covered by the Indian media. Just like Farzana Majeed, she used her ‘activism’ as part of Mama Qadeer’s ‘missing persons’ or ‘enforced disappearances campaign’ and the leadership of banned BSO-Azad to claim asylum in Canada where she continued with her anti-Pakistan activities in close coordination with her RAW handlers.

These facts indicate that all what is going on in the media campaign especially on Twitter is also part of propaganda campaign that is aimed at putting a blanket on RAW’s activities. This has established that she was not only directly linked to Indian intelligence network, but also her other activities were aimed at maligning Pakistan. In her own words she uttered while speaking to Indian media, wishing “Modi Ji” to help her in the “war against Pakistan”, which is available on web. Question is why hasn’t Hammal Haider, her husband, demanded investigation into his wife’s ‘murder’, rather called for ‘privacy’ instead? As various tweets of officials suggest, Karima was very much part of the ‘Indian Chronicles’ and Srivastava Group’s disinfo campaign against Pakistan.

The EU DisinfoLab has exposed the fake news organizations like “Geneva Times-GT”, which have been using Karima like people for propaganda against Pakistan. For example, one news seen here quoting Karima Baloch, who was invited from Canada to Geneva to take part in anti-Pakistan anti-CPEC propaganda. Karima was heading the BSO-Azad that worked as recruiting arm for BRA, BLF and BLA, which have been banned by Government of Pakistan. Likewise, another information says: in 2009, at a BLA gathering, BSO-Azad militants had taken over Tootak High School near Khuzdar as a base for BLA’s “violent revolution”. One must suggest that the Pakistan government should investigate as to why the “Aurat March” like organizations are alleging “murder” while her family and husband are silent and the Toronto police have not ruled out an accident or suicide?

This is high time for the Pakistan government, Pakistan’s diplomatic corps, and Pakistan’s intelligence agencies that once the EU DisinfoLab has unearthed RAW’s anti-Pakistan network worldwide, which Pakistan might have helped in its unearthing, now the follow-up must be to the finishing line aimed at extensively doing their part of job to unmask the other networks which have not yet been exposed and are working covertly against Pakistan. Our media and intelligentsia must play role in showing the world the enemy’s true face that should lead to exerting pressure on India and its ‘friendly’ countries to stop state sponsored terrorism in Pakistan or other countries, and eschew the path of intimidation through sabotage, exploitation of local populace and perpetration of violence. The world must be known to understand that Pakistan is a country that religiously follows the policy of peaceful coexistence. It must also understand that the people of Balochistan have nothing to do with the enemy agenda and those who are playing in the hands of the enemy. This part of world is going to emerge as a great economic hub that will benefit not only the regional countries but also the coming generations.

The writer is freelance columnist from Dera Rojhan Jamali, Balochistan