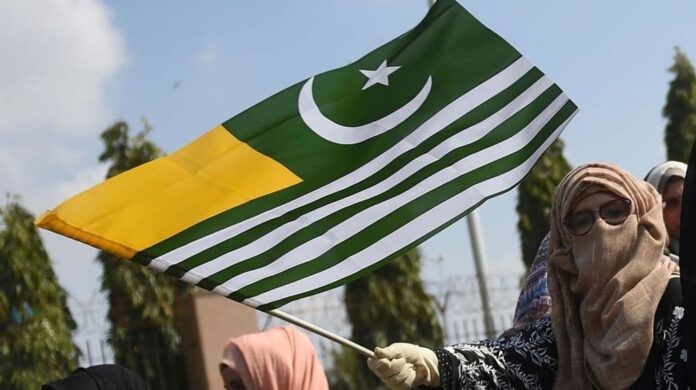 Picturesque and fascinating, Kashmir is cradled high in the lofty green Himalayas and hailed all over the world for its extraordinary natural beauty and geopolitical site. It has been under assault and humanitarian bloodbaths for over seven decades but remains irresolvable. Nevertheless, hundreds of thousands of conflicts have been resolved successfully like “the Catholics and Protestants in Northern Ireland and the Falkland Islands, a long-lived dispute was also resolved through a referendum under UN leadership. Unfortunately, Kashmir is still disputed.

Kashmir has been referred to as the most dangerous place on Earth. The prospect of two nuclear powers facing off across such a comparatively small space is frightening indeed. Since the partition of India and Pakistan in 1947, this unresolved land and the people who live there have been at the root of constant tension between the world’s most populous democracy, India and Pakistan that three major wars have been fought between those protagonists over the years only heighten the fear that now exists given their advanced technology. Global and regional implications aside, the instability and lack of any conclusive resolution to the political dispute have left the population of Kashmir divided and uncertain about their future. A land of immense beauty, Kashmir has seen its once burgeoning tourist industry fade completely in the face of military incursions and terrorist activity.

Pakistan and India are neighbors and nuclear powers and have numerous unresolved controversies and problems topped by the lingering and burning Kashmir issue. Pakistan enjoys cordial and friendly relations with all other countries of the region. It is pertinent to speak of here that India is not only illegally occupying the Jammu and Kashmir territory for more than seven decades, but it is also denying the Kashmiris their basic right of self-determination, is persistently resorting to brutalities. cities through its security forces on the residents who are living in the longest lockdown and curfew since August 5, 2019, and is committing gross human rights violations while the international community just sometimes condemns mournful incidents in the occupied territory and the UN Security Council is also helpless in forcing its own resolutions for a free and fair plebiscite to let the Kashmiris decide their future themselves.

India’s struggles to integrate Kashmir into Indian Union did not achieve because the main Kashmiri leaders and parties opposed these endeavors. The Kashmiris want that they should themselves decide about their political future, as committed to them by the UN Resolution of 1948-49. Indian leadership contests this and uses force to crush this desire. This has resulted in an eternal dispute between the Indian authorities and the people of Kashmir. India has been using security establishment to govern Kashmir which frequently resulted in human rights violations in Kashmir Indian actions are driven by the consideration of keeping Kashmir under its influence irrespective of human rights or other costs. The unnecessary design of security forces and state power by India has the Kashmir Valley into a “Human Tragedy”. The Indian government use security forces establishment to suppress Kashmiris. The Kashmiri people want freedom from India and decide their political future on their own. This is not acceptable to India and it uses force to control Kashmiris.

The political situation seized a disastrous spin-in 1987 when the people blamed the Indian government for rigging the local elections in a trial to prop up their representative as the chief minister of J&K. One of the separatist leaders, Sayeed Salahudeen, approached the Indian government that he was who was ready to give up the demand for emancipation if he was allowed to contribute in the J&K state elections. Salahudeen was heading for a landslide victory, but at the instance of Farooq Abdullah, the incumbent chief minister, the election consequences were manipulated, and Sayeed was deprived of what would have been a legitimate victory. Sayeed escaped to Pakistan in disgust, where he found Hijbul Mujahedeen to combat for the self-determination of Kashmiris. The circumstance from then on has gone from bad to worse as Sayeed has been instrumental in sending armed militants to India.

International human rights organizations such as Amnesty International, Human Rights Watch, Physicians for Human Rights have regularly reported human rights mayhem in occupied Kashmir. Their reports can be divided into two periods. Those that were documented between 1990 and 2003, when militancy in Kashmir was severe and relations between the two countries were less than normal to pay the least. And those that were filed after the militancy had considerably dwindled and a thaw in relations between the two countries had set in.

For the first period, 1996 report of Human Rights Watch Asia and for the second period 2004 report of the European Parliament’s Committee of Foreign Affair are worth mentioning. As to the Watch report, it holds the Indian government accountable for summary executions, torture, illegal detentions, disappearance, rape cases, and election-related intimation of voters. It is estimated that the human rights situation began worsening from 1995 onward when the Indian government began systematically using “renegades”– described by the Watch as India’s secret, illegal army, for its own objective is observed that the Indian government did not make any public investigation into anyone of the documented cases of torture, nor has it ever announced that a number of the security forces was prosecuted or penalized for torture.

Several horrible incidents took place in Kashmir which raised the potential threat of war between India and Pakistan. South Asia is thought by many observers to be the most dangerous place in the world, with both antagonists armed with nuclear weapons. Kashmir had been in dispute between India and Pakistan since the inception of Pakistan. It is a site where both countries constantly face off. In January and June of 2002, India was poised to attack Pakistan because of terrorist military action against Indian targets in Kashmir.
The political history of Kashmir since 1947 shows that the Kashmiris have resisted Indian actions to integrate Kashmir fully into the Indian federation. The Kashmiris have tackled the wrath of Indian security forces but they did not change their mind on the future of Kashmir. This problem has negatively affected the relations between India and Pakistan. There is a necessity to pursue a tranquil political solution to the Kashmir dilemma. For this purpose, Pakistan and India should hold a regular discussion for evolving methods to implement the UN resolutions on Kashmir. Meanwhile, the Indian Government should adopt ways to control human rights mayhem by its security forces in the Indian administrated Kashmir and build an environment for a solution to the Kashmir dilemma.

The writer is a freelance writer based in Kandhkot, Sindh. He can be reached at [email protected]