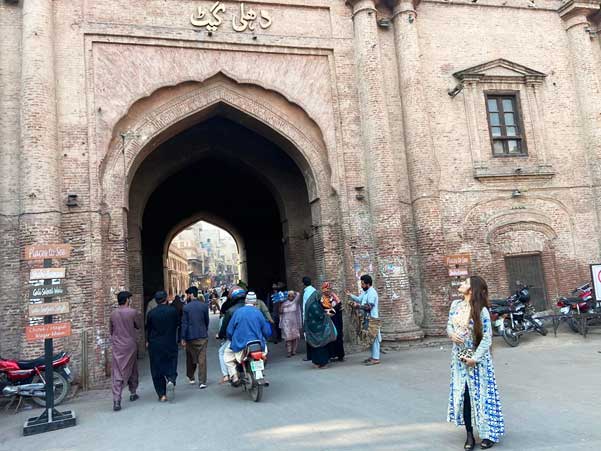 Lahore is one of Pakistan’s most brilliant gems since it is among the most historically rich, and culturally important cities on the whole of the subcontinent, yet without the curse of mass tourism, the city represents one of the most exciting and vibrant travel destinations in the region. However, Lahore remains relatively obscure outside the country; an unexpected pleasure for travelers.

With Pakistan enjoying improved security, Pakistan finally seems to be emerging from the shadows, and here tourists are starting to rediscover the city’s treasures.

Lahore itself has a grand history. By the 17th century, it was celebrated as one of the world’s most populous and cultured cities. Its overlords, The Great Mughals, a Turkic dynasty from Central Asia that established its rule on the Indian subcontinent in 1526, were an embodiment for power and magnificence.

That golden age blessed Lahore with more Mughal architectural masterpieces than either Delhi or Agra. Today, the city is Pakistan’s main mainstay of history, culture and cuisine. Moreover, Lahore is the capital of the central-eastern province of Punjab, lies near the banks of the River Ravi, 15 miles from Wagah, where guards from both countries India and Pakistan take part in a daily foot-stomping ritual, that is also a notable tourist attraction.

December last year, I packed my bag for exploring Lahore. From Islamabad it takes 4 hours on motorway to reach Lahore, meanwhile you will enjoy watching the surrounding green pastures, maybe peacock flying nearby Kalllar Khar, the zig zag roads of Salt Range, the orange laden trees, a rare sight of red, green and yellow dupattas flying in the air of local women carrying water, the green fields of Punjab and the waters from the rivers, it is absolutely a 4 hours of discovery.

While reaching Lahore there are numerous options from 5 star to roadside motels for staying, but it’s better to have book the hotel in advance, however I checked into Nishat Hotel a relatively new building, built on the modern style. The plus point of this hotel is that its adjacent to the shopping area; Emporium Mall, from where you can buy all, from a pen to branded apparel.

Exploring the city from Lahore Fort, that is a symbol of the opulence of the historic city. Akbar the Great built this fort in 1575 to suppress rebellions on his empire’s northwest frontier, making Lahore his capital a decade later. However, it might take you quiet long to reach the fort, since the Lahoris have bizarre driving skills, but that all would be forgotten on the first sight of the magnificent fort. In an instant you would be taken to the tales of Mughal-e-Azam. And while walking through the fort’s honeycomb of intricately carved arches, sandstone pavilions and palaces, you’ll be surrounded by the architectural style born in Emperor Akbar’s reign. That became the hallmark of Mughal culture, a fusion of Hindu and Islamic traditions, which reached its zenith in the Taj Mahal.

Later, Emperor Jahangir, Akbar’s son, and grandson Emperor Shah Jahan, lavishly developed fort’s architectural idiom, adding palaces, towers and gardens to the fort’s 20 hectares. Their contributions have made the fort a trove of some of the Mughal world’s most outstanding designs. Among them is The Sheesh Mahal, built by Shah Jahan in order to translate the dream of Beghum Mumtaz Mehal; walking on the clouds among the stars.

Seeing the angels and djinns on the tiles of the former’s Lal Burj, and the latter’s marble Moti Masjid and Sheesh Mahal, with its brilliant gilt work, pietra dura and carved marble lattice screens will marvel your eyes, after centuries of depletion, still these art work standouts and speaks of the once greatest of all kingdom.

After dawdling among them, you would find the fort’s museum which includes an excellent collection of Sikh artifacts and paintings, and with that is a small building Barood Khana built by later under British Raj where you can sit and watch some documentaries related to the renovation of the fort. Next, march down the steps of the mammoth Elephant Path and wander along below the camels, flowers and dragons depicted in the tile mosaics of Emperor Jehangir’s extraordinary Painted Wall.

Also, there is a world beneath the Lahore Fort, a magnificent Summer Palace built by Emperor Shah Jahan.  Being a summer chamber, the astonishing feature of the palace is its ventilation systems. I haven’t seen such a scientific construction anywhere. My readers would be surprised to know that the place remains cold during the scorching summer heat and humidity and warm during the freezing winters. Moreover, there is a 400 years old tunnel which served as a secret path for the royals.

Adjacent is the Pakistan’s most iconic building, the massive pink-red Badshahi Mosque, a vast arcaded courtyard, built to accommodate 100,000 worshippers and surrounded by merlon-capped walls embellished with stone carvings and marble inlay, the prayer hall lies across the courtyard floor under spherical domes.

The mosque was built in 1674 by Emperor Aurangzeb, in order to commemorate great victories in the south of his empire. According to local tradition, he built it to house a hair of the prophet Mohammed PBUH.

For centuries it was the world’s largest mosque. Today, it’s a monument to Mughal talent. Its prayer hall is bright with elegantly restrained fresco work, stucco tracery and columns, to the observer which appear as vases containing decorative flowers in relief. This radiance continues throughout the hall’s domed chambers, which, divided by pointed arches, have extraordinary acoustics, a large factor in the mosque’s atmosphere of clarity.

Neighboring the Fort and Badshahi Mosque is a sight of religious harmony, Gurdwara Dera Sahib which marks the spot where the 5th guru of Sikhism, Guru Arjan Dev, died. It also served as the Samadhi of Maharaja Ranjit Singh. The beautiful yellow and white building is a perfect blend of Hindu, Sikh and Muslim architectural style. Golden fluted domes, the front doorway has images of Hindu gods, wood panels and ceilings are covered with stained glass work and rich floral design on the walls. Moreover, you would find the precious stones and work of gold here and there.

Next to the Fort and Badshahi Mosque, is the Walled or Old City, it got its name Walled, as in the Mughal days, the Old City was surrounded by 9-meter-high brick wall and had a rampart running around it which served as a protection for the city. A circular road around the rampart gave access to the city through thirteen gates. However, 6 of 13 have been survived.

Moving towards Dehli Gate is a magnificent, Mughal hammam, or Turkish bath, recently renovated by AKDN. Beside adventure, you can buy a variety of colorful stuff from Kashmiri Bazar that comes straight from the hamman.

Walking out of the Kashmiri Bazaar you’ll come to the Old City’s most famous treasure, the wonderfully radiant 17th-century Wazir Khan Mosque. Its magical exterior and interior tile and fresco work project elegance, the mosque itself is a masterpiece that reflects the genius of the hand.

A little westward you would find the Sunehri Masjid, built in the year 1753 in the reign of Emperor Shah Alam. Like Amritsar’s Golden Temple, this mosque is Lahore’s Golden Mosque.

Meanwhile, you would find a couple of Mughal style Havelis, however some constructed among the Sikh and British Raj, the famous of them Barood Khana Haveli, and Haveli Nahu Nihal.

I believe by this time and by the appetizing smells of food from nearby stalls you would be craving for food and delicious food. What if it comes with a treat for your eyes as well. Hence, head back towards the Badshahi Mosque to Cuckoo’s restaurant. Its owner, the artist Iqbal Hussain, was born in this district, Heera Mandi, a famous, now dying red-light area. The restaurant’s rooftop terrace provides the best view of the Badshahi Mosque, its minarets looming above.

Following the delicious Lahori food, the mesmerizing evening will offer you with the flying memories of the golden past, and there I was holding in my dreams the Great Mughals. Seeing those beautiful hand-carved lattice and colorful painting like buildings, I went in the old Lahore and I thought, once these alleys were glittering with loudest of colors, sweet smells, pleasing sounds of jingling of bangles & loveliest melodies. 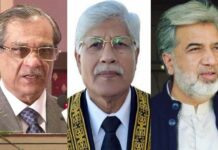 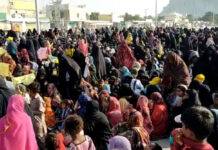 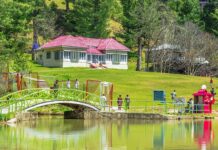