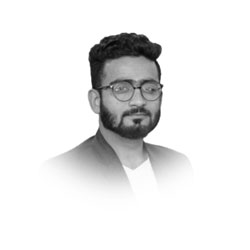 Poverty in the developing world still posing deleterious consequences, depriving the masses from rudimentary necessities of life, this global calamity needs dire attention of entire world. Poverty since many decades is increasing briskly especially in African continent. Latest World Bank report claimed that world’s top ten blighted countries by poverty are from Africa. People in penury live through hunger, despoiled from education, mal-nourished and suffer from the ills of upper class and many societal problems. Despite holding key natural resources of world Africa suffers from many crises due to bad governance and poor management of human resources. Wars and poverty are interlinked with each other, wars are endemic in past few years in Africa, key example of genocide happened in Rwanda in which human lives were slaughtered.

According to United Nations report, nearly seven hundred million people still live on less than $1.90 per day. In south Asia 22.7% children are mal-nourished, in Pakistan the third ratio of population of children have to face inequality and mal-nourished each year. Despite of having country ( Pakistan ) plenty of resources still its 39% live below the poverty line. Approximately 1.3 billion people are multidimensional poor in 101 countries.

Reprehensibly, some people waste food while others have nothing to eat. Impoverishment is social problem that assaults all aspects of social to economic rights, such as right to health, education, food and access to clean water. Presently, world must cogitate over the ominous problems posed by poverty and work effectively to obliterate the roots of poverty, prioritizing the welfare of masses. Subsequently, poverty in third world has reached at stupefying level, and   attenuates their social and economic progress.

Poverty is multifarious concept that includes social, economic and political aspects. It is caused mainly due to unequal distribution of wealth, high unemployment rate and rapid boom in population. Ethically it is an outcome of dishonesty and irresponsible behavior of people. Although the drivers of poverty differ from country to country but weak rule of law, political instability, wars and conflicts, corruption, natural disasters and at some extent globalization are universal factors contributing to poverty. In vestigial societies people have less access to education often they go hungry, despite of having United Nations mission to reduce poverty at all formats of life. Nowadays, economy of world is growing at double rate, but due to increase in productivity the life of impoverished people is exacerbating. Unfortunately, 87% of population will be in Africa in after the start of third decade of 21st century, extrapolated by World Bank. Along with that, it is also projected that in coming decade half a billion population of world will be fastened in the ropes of immoderate poverty.

Poverty is one of the deteriorated issues currently sustained by world. Due to dearth of resources and many other calamities, 72 million children across the globe are out of school, 32 million are only from Africa. Terribly, 821.6 million people are mal-nourished and 99% is living in developing countries. World is going to terrible and detrimental consequences with the passage of time. It is irony that one billion people go to starvation despite of plenty of food, few have luxury and well-furnished lifestyle but many are impecunious enough to avail the basic needs of survival. Alleviating poverty is main concern of all includes organizations, countries and civil society. In collaboration with United Nations poverty goal mission, China and India has progressed to uplift the people from poverty. In fact, women are more likely to seem poor compare to their male counterparts, because they paid very negligible amount of income, having minimal approach to education and property rights.

Notably, where justice is denied, poverty is enduring ignorance prevails where society is organized conspiracy to oppress and degrade lower class people, their neither persons nor else will be safe from the ills of society. In past few years Pakistan has invested on military and nuclear projects to protect its citizens from the harms of any war or conflict. Does it has protected its citizens from virulent consequences of poverty?.  Obviously, no !. Actually the government itself is jeopardizing its citizens in shape of poverty and many other associated problems of poverty. If this bulk amount invested on well being of poor people and many other infrastructures then it would probably give fruitful results to deter their citizens from much destitution.

Consequently, there are numbers of solution to combat with poverty at both national and international level. Effective policies should be incurred to control the birth rate, and better circumstance should be provided to foreign investors. Developing countries mostly rely on agriculture, so it must be equipped with innovation of technologies. Inspite of throwing the burden of poverty on developing world only, developed world must help to deplete this pernicious issue. Because it is threat to people holistically. It is rightly said by former secretary general of United Nations, Kofi Annan that

The writer is student of Literature. He can be reached at [email protected]