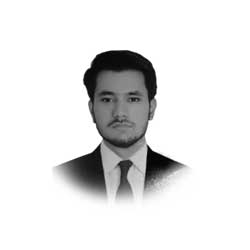 The existence of God – the Magnificent – is the greatest truth of this universe. He is the All-Knowing and Master of this humungous workshop running before our eyes. His inimitable creations and the wonders of human existence bear the testimony of His Existence. But unfortunately, the increasing reliance on scientific empiricism and experiments has led humanity astray. It has diverted man from his ultimate Benefactor. Nowadays, another prevalent spook of atheism is vague. From the metropolitan cities to the interior towns of Sindh and Punjab, people are instantly modernizing themselves as atheists hopelessly denying their own existence on the face of this earth. They are ready to be in discord with their Creator incurring the excruciating wrath and ignominy and making their life an unpardonable offense. One may say that despite having the greatest wonder of this world – their mind, their illogical argument on the Divine is no less than tomfoolery. Any logical being having the senses and intellect can not dare deny the identity of the Lord.

Implicitly, one can easily prove the existence of God with logic. Take a look around you. Don’t you see the working of all human beings, the day being converted to night and vice versa, and the giant structure of galaxies? Are these impassable and undiscovered roots of this unending universe deniable? Is it possible to say that this huge mechanism of the universe is working without any Powerful Entity? The logical answer which strikes the human mind is no. Let’s reflect upon our daily life and scientific researches. Could the technology and giant vehicles come into existence without their manufacturer? If everything present in the world has a creator so how come this beautiful universe come into being without any Manufacturer. The argument is self-negating.

The existence of God has been a matter of hot debate among ancient philosophers. The ancient Greeks – the pioneers of philosophy and metaphysics – have debated this controversial topic. Resultantly, they themselves drew to the conclusion that this world is run by a Divine Entity that is omnipotent, omnipresent, and Omni-competent. Xenophanes believed in One God.  Thales asserted that after all if nature is one, the Mind which shaped and created all things must also be One. Later on came the Pythagoreans, who declared that mathematically one is the origin of all numbers, as they called it the monad, God must also be One and Absolute. Moreover, Plato one of the most influential Greek philosophers proclaimed that truth, in its ideal and eternal form, is one, God must be one. His student Aristotle declared that God is the One perfect Being Whose power is eternal and perfect. Adding more to it, the Muslim philosophers like Al-Farabi, Ibn Sina, and Al-Ghazali in the medieval ages put forth multiple arguments to reveal the Truth.  Even the subsequent philosophers like Immanuel Kant believed in one God which is the casual source of all good in the world. Therefore, one can say that those who refuse the sole Entity are in the abyss of sheer darkness.

Moving forward, one must analyze the reasons which compel a man to deny the ultimate Truth. The conservative and dogmatic approach of our scholars and society. The clerics or the scholars sitting at the pulpits are habitual of declaring the person infidel whosoever asks a question beyond their reach. When these people fear that their theological hegemony is threatened by the questions, they consider the questioner an infidel and throw him out of the religious realm. However, the reality is much different. God himself urges us to get knowledge about His existence and the things He created in and between the universe. Moreover, personal negligence and ambiguous thoughts put man between the devil and the deep blue sea. When he asks his mind-boggling questions from the people around him, he is denounced and his faith is kept in skepticism. The only solution which can save man from this trap is the proper study of the Divine Literature along with translation and correct interpretation. Submission and surrender is the only purpose that man has been entitled to as the vicegerent of God. He has been provided immense power to separate the wheat from the chaff. Searching for the ultimate Reality and Truth is the greatest wonder that any human being can make.