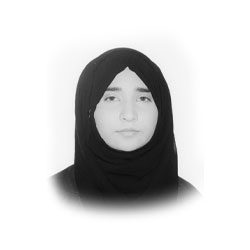 The trade embargoes resulting from the Indo-Pak conflict have only aggravated the economic setback in the already crisis-hit Pakistan. To foster mutual economic growth and sustain an atmosphere of peace, India and Pakistan can bring in use the high potential of agricultural trade. For that, both states need to take policy measures to alleviate the tensions and proceed further toward collaborative development to ameliorate their economic woes.

India and Pakistan have great potential for bilateral trade due to geographic proximity. However, the overall share of trade volume between the two states is considerably low as compared to their total trade due to their past baggage of tension-prone ties. The example of this historical hostility can be reflected by dramatically declining trade from Rs. 184.06 crores (INR) in 1948-49 to Rs. 10.53 crore (INR) in 1965-66. Due to the trade embargoes, trade between India and Pakistan remained quite low till 1990. After that, the trade between the two states picked momentum, and with the South Asian Free Trade Area agreement coming into effect in 2006, the trade of agricultural products has grown at a much faster rate than the trade of non-agricultural products between India and Pakistan.

The trade sanctions put in place by Pakistan in 2019, following the revocation of IOK’s status as a special autonomous state, have left negative footprints on Pakistan’s economy and the trade ties between the two countries still haven’t recovered from the aftershocks of that decision. Other than these historical grievances, one of the leading constraints on agricultural trade between India and Pakistan is that the economic activity of both states relies heavily upon the agricultural sector, giving rise to competitive trade of agricultural goods in the region. Pakistan stands among net importer states and Pakistan’s exports of agricultural goods to India are incredibly low because Pakistan has a fragile industrial base due to lack of advanced technology and innovation, still relying on traditional agricultural techniques. In addition to these constraints, the menace of corruption is a serious challenge to economic development in both India and Pakistan.

A World Bank report in 2018 suggested that India and Pakistan’s bilateral commerce could increase to 37 billion US dollars per year if all the trade barriers were completely lifted. Such an open trade with India could solve many economic as well as social problems in Pakistan. Policy measures need to be taken to prevent the Indo-Pak conflict from affecting the trade ties between them. It is crucial that India and Pakistan accelerate their efforts for cooperation to exploit the potential of agricultural trade they have. Furthermore, the government of Pakistan must realize that bilateral trade is extremely important not just for the government and economy but also for common citizens. Pakistani government’s decision to halt trade in 2019 made the lives of hospitalized people miserable as they no longer had access to cheap medicinal plants from India.Both India and Pakistan must learn from the global experience of using trade as a tool to resolve geo-political tensions, such as the example of Sino-American trade ties.

Due to many trade barriers and quota problems, formal trade between India and Pakistan has never been significant. Informal trade is generally carried out by re-routing trade through a third country or illegal trade (or smuggling) through land borders, and the volume of informal trade is much greater than that of formal trade. Pakistan needs to take measures to mitigate smuggling while also making policies to foster official trade with India. Pakistan should regularize the unofficial trade by improving trade infrastructure and bringing the items that are being illegally and informally traded into the official tradable list.

Bilateral trade between India and Pakistan will result in more public revenues since governments can earn more through custom revenues when items are traded officially. Increased economic and trade cooperation would also lower the prices for consumers in Pakistan and would help it fight poverty deprivation and hunger. The provision of efficient and cost-effective communication and softening of the visa restrictions for the trade of goods and services also need to be tackled by policy interventions in order to promote trade and prevent the wastage of delicate agricultural products.

Pakistan should make policies to put more effort into creating and sustaining an atmosphere of peace as it is very crucial to maintain the political environment of peace, trust, and confidence to attract investments and major ventures as well as tackle food security challenges. For this to happen, strong determination and continuous commitment are required from Pakistani authorities.