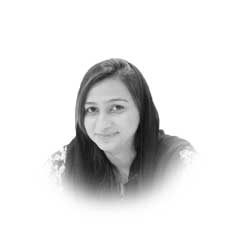 Art , Culture , Architecture, Literature is the reflection of a society. It has been in practice since years to study about a civilization, our society through its art pieces. Paintings, buildings, novels, sculptures, construction of roads, libraries all are a mirror to our society. Now is the time of media. A visual era, where one has to depict its society through television industry. Ignoring the news sections ,there is a mess in Pakistan (which ever channel you tune). Every thing is at a stage of depression. Terrorism, Poverty, anarchy, politics all that topics are the point of discussion, ignoring the positive side of Pakistan.

The thoughts and depictions are pallid and dingy. Shfiting to the entertainment channels, a whole new culture, infact exploitation of culture is the focus of the story. What kind of content is being on-aired these days. Focusing and analysing the culture there ; forced us to think visualise and imagine ,if this is our culture ? There is always a deprived , poor girl crying in her home . She has nothing to eat no means of earning. She is waiting for a prince charming to hold her hand and take her to a completely new world where there is fairy tale story. The guy is handsome , tall , well educated, loving and last but not the least – he will be in a lush car that is available for almost 10 percent of the people living in Pakistan. If she is poor but a little educated, she will be working in an office where his boss is arrogant, boorish and ill-mannered but later on they started developing feelings for each other and the end result will be a marriage having domestic politics or a failure in marriage because of class issues. If all is good , the guy must be having an extra marital affair. If this fails to express our culture, the writer adds an affair of a brother in law with her bhabhi (brother’s wife). For our kind information, this relation is considered to be a sacred one and bhabhi is considered as equivalent to mother. Atleast, in our society. If someone is not considering this and thinks that the reality is quite opposite or he/she has seen some cases and it is important to highlight that issue. Then, i am sorry- this is an individual’s personal thinking and relation with his family. Nothing is wrong in society to depict or highlight such an issue to the extent to create a whole serial to be on aired weekly for almost 40 mins. For adding fuel to the fire, a story comes up of two sisters and the younger one wants every thing out of jealousy even sister’s husband (her brother in law). The depiction of culture doesn’t end here , it is completely alright to on air the content exploiting our roots and relations. A father in law is interested in her daughter in law. A dewar in her bhabhi. A lady having an extra marital love affair. A woman forcing her husband for second marriage for the love of money. I have seen the culture of univeristies, being a student and a teacher as well it is quite opposite to what has shown on televison and dramas. Why is there always a love affair between two class mates ? Why is there some scenes of cafeteria having chit chat , showing exploitation of money , time and degrees. The reality is quite opposite. There might be two students out of forty who are rude about their father’s money, about the wealth – they have inherited. There is a big lot of students same like us , normal people whi went to universities to study. A normal love affair will sell but a love affair expoliting the relations , demoralizing and demeaning the ties will sell fater. A self made women struggling for her life, giving her family a better standard of living will be appreciated but a story of a gold digger women sells faster. Projection of reality is one thing but mishandling the reality or the outcome, exaggeration in stories and showing one sided stories is inhumane. A women struggling solely will be appreaciated but a chained woman bearing domestic violence will be highly rated. A beautiful women having a charming personality will stick the viewers to the channel but an injured women having bruises on her face will be over rated. A smiling face will be neglected in the over crowded media/drama industry but a sobbing face will be watched for longer. The woman of drama industry in this era is objectified to win the heart of man resulting out as our young generation’s only aim is to get married. Handsome, wealthy , rich ,good looking with a lush car would be the only guy and young charming, pretty ,tall and long hairs will be the only girl they would get married. So, this is the reality of the society of drama industry. This is the reflection that is trivilising the inter-woman relationship and making this the tag line as aurat aurat ki dushman – as if we have nothing more to discuss and depict. We are psychologically so much occupied by these topics that we see the society from the eyes of glamour neglecting the reality.

Evil is all that seems the constant fact prevailing goodness of character, moral values, positive cultural trends all are pushed back into the background. The core feelings like friendship, respect, love, integrity that keep a society going are no more valued on screen.

The writer is a Phd scholar and author of two novels. She can be reached at [email protected] 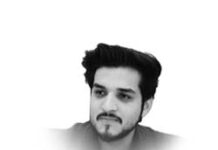 Rooster meets its maker and owner tells it all

Civic education and our curriculum 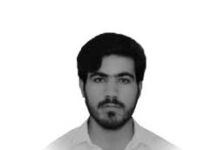