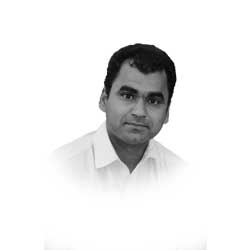 All European countries and especially the U.K are genuinely concerned as a patronage with regard to the status of the woman of Pakistan. Also it is day light reality that only then we can expect to maintain our soft image on global plat forums when our image improved in the eyes of European countries. Present day politics is deeply rooted into the economic interests is a fact but public opinion plays in this perspective tremendously huge role. Foreign policy formulation carries a great deal of public sentiments, as no party can afford to offend its people beyond a point in a truly democratic state. European’s are socially liberal and proudly champions the cause of giving equality to woman. Luckily, our constitution refers to gender equality but still real situation of woman here presents devastating image which has lost our credibility on global forums and put us into international isolation.

World has become a global village to bring the laws, values and life style of all the countries into one integral system. Whatever happens here in one place does not remain unnoticed to the rest of the world which hugely impacts public opinion. Unfair treatment with woman is mutilating our image. There is no one way through which women is humiliated and tortured but multiple. Disgusting the birth of girl, preferring boy over girl in education, providing better facilities to boy and keeping girls under limitations, not taking girl into consideration in matters relating to decisions of her future life, demand of dowry, keeping wife entirely dependent on husband throughout life, sexual harassments, sexually colored remarks and no good political representation are some of the chief sources of woman’s pain which require multiple solutions.

First of all, it is necessarily important to resort to the actual teachings of Islam as being Muslims. It was Islam, and no other which rescued the woman from the ugliest and ferocious crimes committed against woman in the days of ignorance. Islam was the first religion to champion the freedom and rights of woman. Girl should not be considered as burden but a blessing of God Almighty which promotes the races of nations. In the same manner its birth should be celebrated the way it is celebrated on the birth of sons. Daughter should be considered no inferior to son. Imparting education to a girl is just like imparting education to an entire generation. First training of a child is mother womb if she is educated and enlightened, her shadow will prove to be of magnificent nature on child latter life.

Daughter should also be provided with the best possible facilities needed for her proper physical, mental and spiritual growth. Sometimes, when girl is discriminated against boys, she becomes victim to anxiety, depression and volunteer isolation which emotionally destroys her. It kills her confidence, belief in herself, future dreams and love with life.  She sees melancholy and gloominess everywhere in the world.

All the matters that concern her future life should be discussed with her on priority basis. First, she should be given sufficient education so that she is capable to decide for herself through a rational way. It does not permit it and is against wisdom to decide the fate of a girl without taking her into account.

A very large number of girls whose parents cannot provide dowry to her because of poverty become the victim of sense of inferiority and many other mental diseases. This is again completely against the basic teachings of Islam. These like things are the products of the remnants of ignorance and should be immediately eradicated. These like things are increasing class distinctions.

In the matters of economics, girls are not allowed to have her own source of income which is also hazardous for the well being of a family. In this age of dearness it really difficult indeed for a person with subsistence linked to labor to provide a better life style to his family.  It is hard enough for him to lead a prosperous life with his family with that meager income but still wrongfully made cultures have so tightly bound him that he cannot permit his wife to start an honorable business to help him two ends meet. In the developed world there is no field that is immune to girls, in almost each department girls are showing wonders of their intelligence and skills and are earning enough money.

Enabling work environment should be introduced where women feel safe and secure. Sexually colored remarks in the presence of woman should not be made while those who indulge in such like practices should be considered guilty and discharged on the spot from job. Such people are like toxic and poison the whole society.

Last but not least is that political parties should do their utmost to establish genuine democratic system within their own respective parties. Democracy in our country has suffered the worst. The only possibility through which woman can be provided with equal opportunities in our country is true democracy.  Under this system women could be integrated with legislative, executive, judicial and bureaucratic organs of the state. 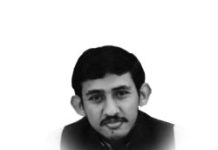 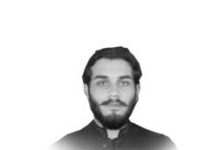 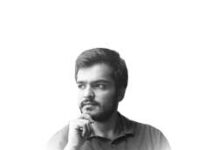