Pakistan, a land naturally enriched, a heaven on earth for an international tourist, a magical bliss for the lover of nature, a colorful and diverse, blend of cultures and major religions, and a house of the most celebrated religious shrines.

From last few years, the country had pinned her hopes on the upcoming arrival of international tourism and is preparing for a healthy and warm welcome of its beloved guests, since in the last year 2019, Pakistan had topped the Conde Nast Traveler’s list of best holiday destinations for 2020. Along with the recent royal visit of Duchess and Duke of Cambridge from The United Kingdom, witnessing the charm of Kalash valley and mesmerizing mountains, afterwards the religious visit of Buddhist chief monk from Thailand, who launched the “Bell of Peace” at the city of Taxila, which is famous as one of the oldest cities of the subcontinent, housing diverse history from the times of King Ashok and culture of several different civilizations.

Pakistan, the country whose tourism was once thawed by the tales of Taliban and extremism is once again in a warm spotlight as once she was in 70’s or far beyond when the region was considered as “The Golden Sparrow”. Seeing the travel dairies and recent publishing “In   the   Kingdom   by   the   Sea” by   Sara Macdonald 2019 a mesmerizing novel, in which the authoress praised of the serene hills of Margalla to the colored Mughal bazars, from the seashores to the mysterious deserts, and on top of everything the “hospitality” and friendship of Pakistani people. We can imagine of the tales of love and hospitality that must be filming in the minds of the people around the globe.

Moreover, the contemporary government of all favorite Prime Minister Imran Khan had done a lot for restructuring the industry, like making the arrival of international tourist comfortable and easy which includes relax visa polices, e-Visa, and visa on arrival facility. Likewise, the opening of Pakistan’s borders for neighbor country; Hindustan, also known as the historic peace corridor “The Kartarpur Corridor” between India and Pakistan; allowing visa free visit to the Indian pilgrims. These particulars guarantee of the future prosperity.

Eyeing this we can say; the industry of tourism and hospitality is an emergent market in the economy of Pakistan. Rendering to Pakistan Hotel Association, Hotel sector alone contributes 3% to the GDP of the country and combined with tourism it contributes around10.6% to the economy. Moreover, the market shows a lot of potential, seeing the projected report issued by World Travel and Tourism Council, that Pakistan possesses potential growth of $39.8 billion within a decade. Which is a good sign in itself and hope for the upcoming prosperity of the region.

More to add, to my best knowledge, this all is not a mere a forecasting or a play of words, since the fruits of efforts had started to grow, as the upcoming projects of Luxury Hotels and Resorts have been launching in the near future besides some of them had been under construction in the metropolis and other major hubs of Pakistan. Let’s say, Radisson Hotel Group signed deal with Pakistan of launching 10 hotels across the country by the year 2025 and one of which is being constructed in Lahore, among this a site had been locked for construction of new Intercontinental Hotel in Islamabad, opening of Four Points by Sheraton Lahore has been   announced by Marriot International in partnership with Lahore Regency Private Limited, BLT-Grand Hyatt Islamabad, and the upcoming idea of two culturally rich heritage properties of Altit Fort and prospected Chitral by Aga Khan Trust for Culture in Hunza.

In this context, a lot good can be coined by tourism and hospitality industry of Pakistan. 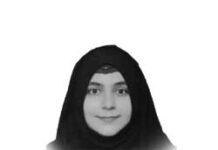 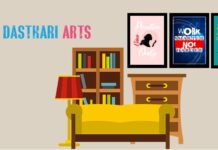 Tips to Survive University in Pakistan