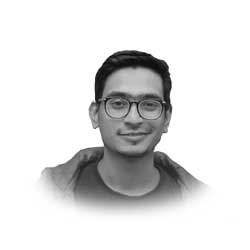 Now, it’s been more than three months when Corona Crisis started in the world from the city of 11.8 million people, generator of economy, and one of the largest cities of the world “Wuhan”. Globally this catastrophe has reached up to more than 200 countries and now the core zone considers the worst affected area on the planet.

Besides, economically it is harsh to see that more than billions of people have sent out of their jobs and the world’s mightiest business hubs have closed. The recent report of the World Trade Organization (WTO) has warned that if the crisis will remain to continue then it will badly affect the poor and rich sector.

Instantly, China took the rational steps suspended all the trade deals with more than one hundred states, shut the industries and mega brands and utilized all the resources on healthcare system which backed her to overcome the disaster, and in the result, after 76 days Chinese government lift the lockdown from the epicentre of the virus “Wuhan” city.

But now the whole world is in the grip of this devastating virus and it is exponentially rising. European states are brutally affected and periodically the US also stuck and facing a very bad situation instead of having the world’s best health services.

Unfortunately, 70% to 80% of deaths have occurred in Europe in which Italy is top of the list, after which the lonely US suffered more than any other state because currently, the number of cases increased which are more than the Chinese from where the pandemic starts.

Undeniably, the largest industrialized nations have suffered more than the others and because of this fact; every corner of the world is negatively affecting economically, especially Asia, Africa, and Latin America, because core region is considered the largest manufacturer, and the biggest Foreign Direct Investment (FDI) inflows regions.

Moreover, China is somehow starting business activities but she lost growth rate from 6 percent to 4.5 percent in the first quarter of this year from the previous years. It is estimated the slowest pace since the Great Financial Crisis 2007-8.

Almost much of the country was in lockdown, the virus affected up to more than 42 percent of China’s economy, according to Standard Chartered. Because of taking the rapid initiatives, Chinese Companies may struggle to make payments on loans which could lead to rising non-performing loans of $1.1 trillion, according to Standard and Poor’s.

Now Interestingly, Europe and the US also sat in the same train in which the Chinese have traveled and this is happening because of unserious attitude western people and especially leaders of both regions.

Subsequently, the World Health Organization WHO also showed the non-seriousness and did not call the worldwide health emergency at the right time, and now it’s facing a critical situation because the US threatened to cut the funds, after listening that Taiwan has shared all the information on 31st December 2019.

According to the World Economic Forum’s data, the global economic downfall occurred in last month; US GDP forecast 2.0%, Europe’s GDP summed up in between 0.0% to 1.0%, and Japan reached up to 0.2% of GDP growth.

More worriedly, the Developing regions like Asia, Africa, and Latin America would have faced the harsh consequences, if this catastrophe breaks out in these regions, although the International Monitory Fund IMF, Asian Bank, World Bank WB are providing billions of dollars funds to the most periphery states but unfortunately they don’t have the good healthcare system.

Most importantly, 57 million people were already suffering in the African continent, and it is estimated that 30% of Africa already in crisis before COVID-19. Statistically -$220 billion Income lost in developing states after lockdown.

Even, analysts warned that lockdowns are creating an economic crisis that will be cruelled than the Economic Depression of the 1930s.

Pandemic is an undeniable truth that has no borders, religion, ethnicity, race, and culture and these facts have shown the enormity of the situation. There’s no way out to prevent the pandemic and save the economy, every state has to compromise on its economy for saving the lives, and otherwise, we have to face the unbearable sufferings in the shape humans lost that nobody wants to it.

The writer is a student of the University of Sindh, Jamshoro. He can be reached at [email protected]

Fashion and its effects on our society

An Awakening Call for Peace Education

PTSD – “A War Within Yourself”

Feminism; no opposing, only understanding