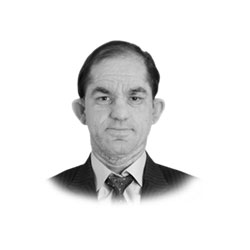 According to United Nations’ Officials, peace refers to the access to education, health, and essential services, equally for all; giving every young woman and man the chance to live as they choose; and developing sustainably and protecting the planet’s biodiversity. “More than ever, it means living with others on the basis of tolerance, respect, and mutual understanding”. Interfaith harmony is the positive reinforcement of relationships among all faiths as a social contract between them and their communities. From the definitions of Peace and Interfaith Harmony, it is evident that in a nation with diversity, it is critical to have interfaith harmony in order to have peace across the length and breadth of that nation.

Communication gaps and misunderstandings often arise in diverse environments which eventually become a reason for conflicts amongst various segments of civil society.

Pakistan is a land of unmatched diversity in all aspects, whether it is culture, religion, ethnicity, language, social beliefs, or the landscape itself. In context to the languages, Urdu is spoken nationwide, English is the official language in most parts of the country, Punjabi, Pushto, Sindhi, Balochi, and Siraiki are the most widely spoken regional languages, while Hindko, Balti, Shina, Burushaski, Wakhi, and Khowar are also common, mainly in the northern areas of Pakistan. In a similar manner, the population of Pakistan is ethnically classified into Punjabis, Sindhis, Pakhtuns/Pathans, Baloch, Mohajirs, Kashmiris, Kohistanis, Hindkowans, Shins, Pamiris, Yashkuns, Kashgaris, etc. In the perspective of religion, Pakistan is an Islamic country and contains a Muslim majority population, mainly composed of Sunni and Shia communities, while the minorities are composed of Christians, Hindus, Sikhs, and Zoroastrian communities. The emphasis on the richness of diversity in Pakistan may remain incomplete without adequate reference to its landscape, which is one of the origins of manifoldness. Pakistan enjoys breathtaking mountainous terrains starting from the north, encompassing the Karakoram range and the Hindukush, moving towards beautiful inter-twinned valleys and plateaus, down to the flat Indus river planes, separated by several dessert areas as well, and finally ending at the Arabian Sea. Such an intriguing cultural diversity is primarily considered a strength and beauty of a nation since it allows people to emerge and grow out of their boundaries, but it also has a negative influence on the persistence of peace, social and interfaith harmony, even in the most developed countries of the world.

Communication gaps and misunderstandings often arise in diverse environments which eventually become a reason for conflicts amongst various segments of civil society. However, the impact and intensity of these conflicts are usually greater in the 3rd world countries, and the same has been the case with Pakistan for the past few decades, mainly due to the rise of sectarian violence between Muslims, and intolerance towards minorities. At the same time, since the past few years, Pakistan has taken up substantial measures for the development of peace and interfaith harmony, and positive results have been witnessed in terms of a decrease in these conflicts, while more efforts yet need to be carried out. There are several reasons which may be briefly identified over here following the discussion on the restoration of interfaith harmony. Lack of education is the backbone of all the problems leading to rising conflicts. It has led to religious misinterpretations and misconceptions, by giving a chance to the people with very limited knowledge for taking the leading role and training young minds in their own biased and diverse ways, ultimately escalating intolerance amongst the people. Poverty and unfair allocation of resources has posed a serious threat to peace and stability in Pakistan. Serious flaws in the electoral process for minorities, abuse of blasphemy laws as well as other laws for the protection of minorities, attacks on holy places of minorities, and non-existence of literature for non-Muslims in the educational curriculum are the other major challenges to the sense of peace and interfaith harmony in Pakistan. It is important to understand that peace is the foundation stone for development, it is the basic tool for prosperity, it is a primary requirement for the rule of law, and the most essential element for interfaith harmony. Encouraging peace, tolerance, patience, and harmony amongst the population of Pakistan is the need of the hour.

Over the last 7-8 years, Pakistan has contributed positively towards minimizing religious intolerance and promoting interfaith harmony, and its efforts have been appreciated by the world’s leading organizations in various instances. The government of Pakistan is active in achieving the sustainable development goals as defined by the UNDP, especially SDG-4 which relates to quality education where the aim is to offer an equalized primary and secondary education for all the boys and girls, completely free of cost. This can prove to be great for the development of a baseline of knowledge and thought process for the young minds, hence, improving the standard of the people of Pakistan who can later play a vital role in the growth of the country. By addressing the issue of universal education, Pakistan can also get to a better position to target poverty, discrimination, and bad governance in an inter-related manner. For promoting interfaith harmony, Pakistan has recently achieved a remarkable breakthrough by setting up the Kartarpur corridor, not only offering the best place for worship for the Sikh community but also creating a possibility to strengthen ties with India and establish peace in the subcontinent. Similarly, this year on 3rd March, Gurdeep Singh became the first person from the Sikh community to win a minority seat in the Senate of Pakistan. Pakistan has also introduced specific laws for registering Sikh marriages. Recently, a resolution based on the promotion of peace culture and tolerance for the protection of religious sites, which was co-brought up by Pakistan together with several OIC member states and other countries, was unanimously adopted by the United Nations General Assembly.

In combination with the government, various other institutions of the state and segments of the society will also have to contribute towards promoting peace and interfaith harmony amongst the society. The universities, religious scholars and institutions, and more prominently, the teachers owe a vital responsibility of elevating the sense of harmony from the grassroots, as part of the bottom-up approach. The judiciary can further activate the process of resolving conflicts, and promoting peace, by practicing to serve justice quickly to a common man at his doorstep. The legislature can have a positive impact on this purpose together with the judicial systems. The role of media is extremely important in this regard, in generating a sense of unity among people and promoting tolerance. Pakistan’s civil society as a whole, which is based on a young generation, can play a critical role in uplifting, maintaining peace and development in our country. Altogether, with the selected developmental interventions, especially in the case of Pakistan, an existing demographic advantage is reported by the National Human Development Report 2017 which emphasizes that the major population of Pakistan is young, and if they are given jobs, education with meaningful engagement opportunities, this youth can be a constructive representative of change.

A society that is tolerant and is based on the principles of interfaith harmony, ensures social inclusion. It provides all the citizens with equal opportunities to grow, irrespective of the discrimination of their religion or faith. Moreover, interfaith harmony is a path towards peace and prosperity in the society, altogether adding the spirit of Paigham-e-Pakistan and the vigor of the government of Pakistan.

The writer is 1st winner of The Dayspring’s Peace and Interfaith Harmony Writing Contest. He has done Masters in Materials Science and Engineering from the Institute of Space Technology (IST), Islamabad. He can be reached at [email protected]