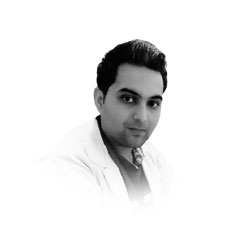 Physiotherapy as described by World Physiotherapy is a health care profession concerned with human function and movement and maximizing physical potential. It is concerned with identifying and maximizing quality of life and movement potential within the spheres of promotion, prevention, treatment/intervention, habilitation and rehabilitation. It uses physical approaches to promote, maintain and restore physical, psychological and social well-being, taking into account variations in health status. It is science-based, committed to extending, applying, evaluating and reviewing the evidence that underpins and informs its practice and Physiotherapists and Physical Therapists (PTs) work within a wide variety of health settings to improve a broad range of physical problems associated with different systems of the body.

In particular, they treat neuromuscular (brain and nervous system), musculoskeletal (soft tissues, joints and bones), cardiovascular and respiratory systems (heart and lungs and associated physiology). Physiotherapists work autonomously, often as a member of a team with other health or social care professionals.

Physiotherapy practice is characterized by reflective behavior and systematic clinical reasoning, both contributing to and underpinning a problem-solving approach to patient-centric care. People are often referred for physiotherapy by doctors or other health and social care professionals. Increasingly, as a result of changes in health care, people are referring themselves directly to physiotherapists (first-line access) without previously seeing any other health care professional.

Trends in Canada and Australia, for example, are even exploring the role of the physiotherapist within the triage system of emergency departments. Physicians like Hippocrates, and later Galenus, are believed to have been the first practitioners of physiotherapy, advocating, manual therapy techniques and hydrotherapy to treat people in 460 B.C. After the development of orthopedics in the eighteenth century, machines like the Gymnasticon were developed to treat gout and similar diseases by the systematic exercise of the joints, similar to later developments in physiotherapy.

The earliest documented origins of actual physiotherapy as a professional group date back to Per Henrik Ling “Father of Swedish Gymnastics” who founded the Royal Central Institute of Gymnastics (RCIG) in 1813 for manipulation, and exercise. In 1887, PTs were given official registration by Sweden’s National Board of Health and Welfare. Because the body of knowledge of physiotherapy is quite large, PTs tend to specialize in specific clinical areas. These include: MSK / Ortho CardiopulmonaryNeurologyPaediatrics Medicine Rheumatology Older People / Geriatrics Medical Conditions Pain Women’s Health Oncology Extended Scope Public Health Stroke is the main cause in the world for paralysis in which one side of the body become weaken and having hearing speech impairments and having difficulty in walking.A patient with a stroke needs a physiotherapist to enable him to walk make them independent by different techniques. Different hospitals in Pakistan are doing work and focuses especially on rehabilitation like Shifa international Hospital Islamabad in which physiotherapists are working in different departments like in surgical Intensive care unit orthopedics and others. Physiotherapists enable the patients to make them independent.

Physiotherapy is an important intervention that prevents and mitigates the adverse effects of prolonged bed rest and mechanical ventilation during critical illness. Rehabilitation delivered by the physiotherapist is tailored to patient needs and depends on the conscious state, psychological status and physical strength of the patient.

It incorporates any active and passive therapy that promotes movement and includes mobilization. Early progressive physiotherapy, with a focus on mobility and walking whilst ventilated, is essential in minimizing functional decline. Many people especially in Pakistan are unaware of the benefits of physical therapy despite that they just want painkillers. Due to lack of awareness and not having education they are unable to know about it. In COVID 19 Physiotherapist also plays a role with other multidisciplinary teams and helped the patients to breathe and help them to move. They use different techniques for breathing for patients. 8th September is World Physical Therapy Day it is celebrated all over the world for the awareness of physical-related issues. It is celebrated to raise awareness about the crucial contribution of the physical therapists and chronic pain therapies done by them to keep the people well and fit. This day marks the unity and solidarity of the global physical therapy community .it is an opportunity to recognize the work that physiotherapists do for their patients.

All the importance of physiotherapists are accepted worldwide but in Pakistan, they are not having jobs many of them are jobless and having mentally stressed many students are working whole day without any salary just to gain experience but this is really discriminatory behaviour of hospitals they are paying to Medical doctors after their graduation but physiotherapist are not eligible for house job in any hospital. They do not have a council as many institutes are offering Doctor of Physical therapy degrees without meeting the criteria which will decrease the quality of education physiotherapists. I request the government to kindly take action to fulfill the HEC Criteria and form a physiotherapy council which will be the regulatory body for physiotherapists. Another thing is to study hard to improve your knowledge and skills once said Knowledge is power.

Students and physiotherapists must spread awareness in your area about physical therapy and help the person who is dependent to live independently. Different students are working hard to get jobs but due to lack of vacancies and lack of importance given to physiotherapy field Fresh graduates do not have salary they are working unpaid for months to a year and earning less than labour because of discrimination and lack of Council. Seniors are not working for the welfare of students.

The writer is a Doctor of Physiotherapist (DPT) and currently doing an internship in Shifa international hospital, Islamabad.