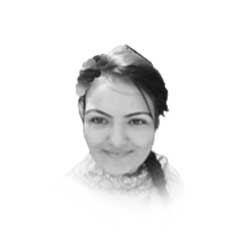 From beginning humans perceived the significance of power, there has been a substantial sprint to reach to the apogee, resulting in wars, conspiracies ultimately leading to a shift of the world order. The appellation ‘world order’ became conspicuous to the masses during the era of Cold War. As in the post-World War II era, the United States came up with different schemes such as; the Marshall plan to support European economies, the creation of United Nations as an incarnation of peace, along with the creation of hegemony all over the world for almost a century. It emerged as a hegemonic power. As the global pandemic ‘Covid-19’ saw its rise, the power game swayed, economies shattered, and many international powers became a quarry to Covid-19 culminating in the world seeing greater changes.

The United States is witnessing worst crisis since the Great Depression and Europe powers since World War II. One of the consequences of the pandemic is that the European Union is almost at the verge of breaking down. Great Britain has already exited the EU and now Italy has indicated that it is going to withdraw from EU for not helping in Covid-19 crisis. Italy felt helpless and looked up to China and Russia for help and signed a treaty with Russia without the consent of EU. All the EU nations are fighting Covid-19 independently. The once borderless ‘one’ Europe ultimately splintered and fall victim to not only pandemic but also to economic and political crisis. It is challenged the regionalism and globalism.

US – the global principal, the part and parcel of every international congregation always coming forward to solve every dilemma have now become the most effected country from the virus. This calamity exposed that not only developing countries lack medical equipment as US has 172,000 ventilators. However, it needs 742,000 to deal with respiratory patients. This is a smack in the face of leadership and economic policy makers who allot a huge portion of budget for defense (arms and ammunition).

The most of US products are assembled in other countries for the purpose of cheap labor but now the production of articles has been stopped. It is stumbling to even get hold of ventilators, masks, and medical supplies. The West with its modern and confused leadership saw a disgrace when its people did not act responsibly.

China – the birthplace of Covid-19 saw hard economic and social challenges for almost five months. But, at last it overcame the novel coronavirus and emerged as a global leader for the first time in history. China was hit hard by the virus, but it fought back and emerged as a successful country and as ‘one’ nation in the fight against virus. China took some hard decisions such as lockdown along with monolithic ordinance of rigorous social distancing and mass-decoronaising with sprays and therapeutics. Chinese government handled this situation responsibly. Chinese success also lies in the fact that people acknowledged government and responded affirmatively.

This global pandemic has desecrated economies. It seems that there is a slight shift of power from the capitalist block to the socialist block – from US to China and Russia respectively. After a long enduring conflict between capitalism and socialism, socialist China may overtake hegemonic power.

Currently, world is dependent on China for many goods and services because it is the largest manufacturer of goods in the world. When the Europe and the underdeveloped world were looking up to US for aid, it was busy with blame game and racist comments against China. After survival China adopted a unique strategy of ‘mask diplomacy’ that may recast global power alliances.

The Chinese government and Jack Ma – Chinese billionaire – provided medical supplies and doctors to the world projecting Chinese power beyond its borders similar to what US did for almost a century. On April1st, 2020 world saw a historic moment when a Russian cargo plane full of medical supplies and Russian medical staff grounded on the land of US and written on the plane was ‘from Russia, with love’ and it was the largest aid provided to US by any country despite the bitter relations. After this pandemic, world may see a significant change in not only world order but the relations and certitude that the state’s share with each other.

For better or for worse the world will see greater changes and new trends such as more uses of technology i.e. E-learning, video conferencing, online shopping, E-commerce, work from home trend, connecting via social media platforms rather than visiting each other, tele medicine will see a rise. Before Covid-19 it was predicted that the value of enterprises video conferencing will be $4.48 billion by 2023 but now the same figure will be seen in 2020. Moreover, countries will now spend more on biodefence, research work and healthcare than before.

This pandemic proved to be an eye-opener for many states and leaderships. It proved to be a disclosure for many states that who is a friend and who is not. Covid-19 proved that economy and power does not matter, but people do. It is high time for leaderships to show their ability. They must inspire, motivate and build trust. This pandemic is surely a menace but also a forewarning for people to choose leadership wisely. This plight shows that the safety and security of inhabitants is above all governments, party systems, ideologies, and power.

The writer is a student of the University of Sindh, Jamshoro and having specialization in East & Southeast Asian Studies. She can be reached at: [email protected]