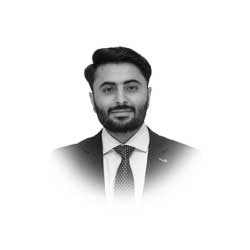 Energy in the form of electricity is mandatory and a prerequisite for the purpose of economic growth and development in any country especially in the developing and under-developing countries. It is now mainly considered as one of the most important commodities for human beings. However, Pakistan is a developing country that is currently facing a severe energy supply-demand crisis with a deficit of 5000 MW due to improper power policies formulation, dilapidated power infrastructure, lack of reforms and theft that have caused load shedding ranging from 8 to 14hrs in urban and rural areas, increasing of tariffs, the burden of circular debt and poor quality of services. These crisis have led many industries and factories to shut down their operations, stunting economic development and aggravating unemployment. The main reason behind the increasing and widening of gap between supply and demand is the unprecedented electricity demand on one hand and issues of proper planning and policymaking on the other hand. Moreover, depletion of natural gas reserves and limited indigenous oil is another challenge. The progress on the harnessing of coal and renewable energy is also slow due to limited financial constraints. The root cause of this crisis can be traced back to the policy formulation and policy decisions in the last couple of decades.

The cost of electricity in Pakistan is significantly higher in the region, and in some cases, it is the highest in the world.

For a developing country like Pakistan, energy policies are critical and important for the overall development and for the well-being of society. In Pakistan, there is no single energy policy document, instead, there are a number of separate sub-policies based on separate subjects wise. Currently, there are several policies vis-à-vis Petroleum policy, Renewable Energy policy, Energy Conservation and Efficiency policy, and Environment policy. There have had been a debate for a long that all these policies must be integrated into a single energy policy, but owing to multi-ministerial issues and lack of coordination and efforts, single policy is non-existence.

Pakistan is facing a severe energy crisis for the last 10 years. This is occurred due to bad governance, lack of maintenance, lack of transparency, distribution and transmission losses which have made Pakistan one of the worse countries in the world in terms of the production of energy. Although, in the last couple of years, Pakistan has been trying to overcome the energy crisis by reducing its reliance on thermal and natural gas, but still there is a widening gap between supply and demand of electricity Due to supply constraints, nearly one-third of the demand for electricity could not be met. In Pakistan, 40% of the population had no access to electricity in 2010. According to the Pakistan Economic survey of 2019-2020, the transmission installed capacity is 22000 MW and the consumer demand is around 25000 MW which means currently Pakistan is facing a shortfall of 3000 MW. Moreover, according to the analysis report of energy sector of Pakistan 2018, there is an average shortfall of 5000 MW due to supply shortages that have resulted in load shedding of around 12 to 16 hours across the country.  If Pakistan’s power sector will continue to face similar supply constraints due to dilapidated infrastructure, pilferage and adulteration, and lack of reforms can increase the shortfall up to 25000 MW by 2030.

The cost of electricity in Pakistan is significantly higher in the region, and in some cases, it is the highest in the world. The electricity tariff in Pakistan is 30-40% higher in the South Asian region as the cost of production of electricity for the industrial sector is 26% costlier and for the residential area is 28% costlier than the regional countries. Although, the induction of private capital in the form of IPPs have reduced the burden of the public sector by enhancing the installed generation capacity of Pakistan, due to lack of long-term vision in the policy-makers, has cost Pakistan the most in the form of expensive electricity generation. Like in 2010, the power production of WAPDA; hydro cost- Rs. 1.03/kWh and public sector thermal cost- Rs. 8.05/kWh. On the other hand, IPP was producing at Rs. 9.58/Kwh with an average cost of Rs. 6.6/kWh which resulted in the end cost for the users around Rs. 10/kWh due to theft and transmission losses. This occurred due to the prior policies which supported the capacity payment than the actual production that deeply affected the cost of electricity structure in Pakistan. Moreover, excess profitability of these IPPs as shown in the figure below is due to their misrepresentation and misreporting to NEPRA at the time of tariff adjustments. IPPs have been earning excess of 50 to 70% annual profits against the 15% of profit set by NEPRA as 16 out of 17 IPPs invested a combined capital of Rs. 51.8 million and earned Rs. 415 million

The energy and power sector of Pakistan has been prone to severe energy crises for more than two decades. History has shown that several policies and reforms were formulated by different successive governments since 1992 to deal with the power shortages and to overcome the supply-demand deficit and cope with the growing demand for electricity. But the situation got worsen as the shortfall has been increased up to 5000 MW due to the failures of policymakers and planners to arrange the adequate power supply that was needed for the high growth of the economy, short-sighted and ad hoc choices in the fuel and technology for the power generation irrespective of its financial burden, lack of focus on the utilization of indigenous resources, ineffective pricing policies, governance and institutional issues all have contributed in the present bleak situation. Long-term policies are necessary for energy security and sustainability. However, Pakistan has been the trend of short-term policies with a lack of reforms that have resulted in the balloon of circular debt and has been widening the supply-demand gap. Investment is necessary in the energy sector as new energy policy has indicated the need of replacing the old infrastructure and the need to shift from non-renewable energy resources to renewable and environment-friendly resources for which proper planning is required. It is believed that the power sector of Pakistan has the potential to cope with the growing demand of the economy if proper planning with a broader vision is formulated by taking all the necessary steps as it is the need of the hour to take this issue seriously and to curb the inefficiencies of this sector through proper planning and timely reforms.

The writer is an Mphil Scholar based in Islamabad. He can be reached at [email protected]