LAHORE: Members of the Provincial Assembly of Punjab resolved to make Polio Campaigns a success in the province. The resolve was expressed at a PILDAT Briefing Session held today on the subject of the Polio Emergency in Pakistan.

Punjab MPAs also joined Muhammad Afzal, MPA, Chairman Standing Committee Health in the chair to discuss the situation of Polio in Punjab at the briefing session.

Ahmed Bilal Mehboob, President PILDAT welcomed the participants and said that in these COVID times although our main focus is vaccination against COVID but the Polio situation also cannot be overlooked. He further said that although the polio cases in Pakistan are on a decline but efforts are needed to completely eradicate the disease and the elected members of Punjab can play a vital role if engaged in the polio eradication campaigns effectively.

Earlier Dr. Ujala Nayyar Surveillance Specialist gave a detailed presentation on the polio situation in the Punjab and highlighted the high risk areas and requested the members to support the polio eradication teams.

Punjab MPAs pledged that they are prepared to play their role for the eradication of polio from Punjab. They suggested that polio awareness campaigns should be organised in schools and vaccination certificates should be made mandatory for admissions in schools. MPAs also raised concern that polio workers were overworked and under-paid. The government should engage more polio workers and should increase their salary. MPAs also suggested to make WhatsApp Groups for parliamentarians to be more interactive with polio campaigns.

Hussain Jehanian Gardezi, MPA, Provincial Minister for Agriculture, said that the polio drops should be administered to children each time when a polio team visits each house till the children attain the age of 5. 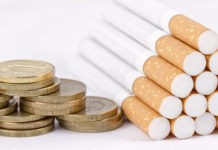