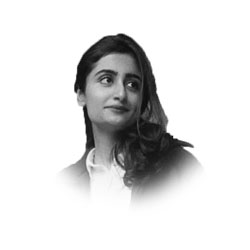 The war against Covid-19 is aimed at flattening the curve of the infected and eventually ending it. To halt the infectivity which the scientists call the R-naught (which for one person is approximately 3), the policy of social distancing is widely being applied. However, it is not enough. It might help lessen the strain on the health infrastructure and straighten the infection curve. Nevertheless, a more proactive policy is required to halt its reoccurrence in the fall of 2020 as anticipated by the Imperial College London.

The world encountered its worst pandemic influenza 102 years ago with 50 million people losing their lives. However, the medical practitioners of that era did not have any vaccine to curb the chain reaction. The Covid-19 era is drastically different. Science and technology have made success through leaps and bounds. But today, we face similar anguish. The reaction to a global crisis is mired in the fragmented response.

Although, China’s zero new case marks a milestone in curbing the pandemic yet the implications for the West and economically unstable states are bleak. The differences lie in the approaches being adopted. China utilized suppression whereas the West and the rest are going for mitigation. The reason for opting for mitigation indicates the fragmented decision making which constitutes the decision making in these states. These democratic states are stuck in trying to keep an effective equilibrium between liberty and public safety. However, in the current crisis, there is a need for desperate measures otherwise the protection of one’s freedom from suppression will end up in the loss of the right to life of many.

Hence, the way states fight this pandemic today will restructure the state and societal relations in the years to come. Where the rights and the duties of the state and citizens would be redefined. The lack of seriousness on the part of the public is mind-boggling and the whimsical arbitrariness on part of the most developed states is also apparent which are failing to incentivize their public to stay at home and break the chain reaction.

The process of social distancing is a mere medical solution to curb the domino effect of the virus. The opposite approach is required from the states around the world. On one hand, China is sending its medical staff to help curb the virus in Spain and Italy. And contrary to that we see the West, the protagonist of universal liberal world order, closing the borders and straining the economies of states through pertinent sanctions as in the case of Iran.

Thus, rather than politicization and short-sighted policies, the global crisis requires a global response which is coordinated, integrated and transparent. The principles of liberty and public safety are not ingrained in stones but are re-interpretative. This anarchist situation calls for global quarantines where the states channel out the resources to the poor and daily wagers and the businesses work through the net space. Only the coordinated global state response can save the world from this tragedy of the commons by efficient resource utilization and social awareness.

The writer is a freelancer and a student of Politics and International Relations, Quaid-I-Azam University, Islamabad. She can be reached at [email protected]