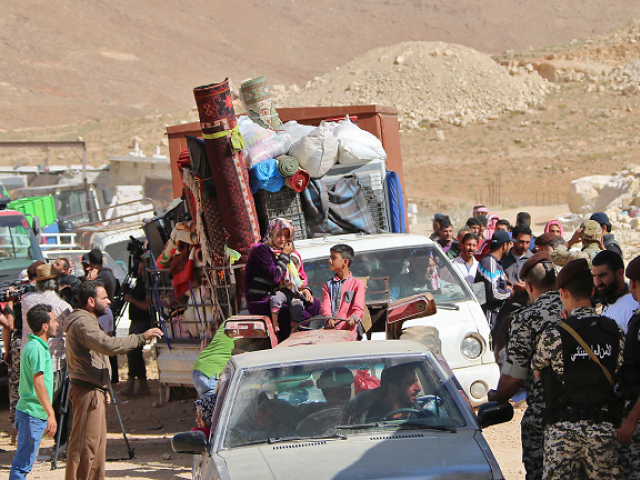 Hundreds of Syrian refugees began returning home from the Lebanese border town of Arsal on Thursday as part of a coordinated operation between authorities in Beirut and Damascus.

As fighting fronts in some parts of Syria have died down, Lebanese authorities have increased their demands for refugees to return to stabilised areas.

Arsal hosts some 36,000 displaced Syrians according to the United Nations refugee agency, many of them from Syrian villages just across the border.

Around 400 would return to their homes on Thursday in a first group, said Lebanon’s General Security chief Abbas Ibrahim who organised the returns.

Women and young children could be seen climbing into cars, tractors, and covered lorries in the dusty suburb of Wadi Hmeid just outside Arsal.

The vehicles were piled high with personal belongings: mattresses, plastic containers, and even furniture.

Security forces checked their identity papers to make sure they were on a prepared list of people authorised to leave, said an AFP photographer at the scene.

The UNHCR said the refugee agency had a team on the ground but was not involved in the operations, their spokesperson said.

“Our position hasn’t changed. We haven’t organised returns and we did not organise this one,” said Lisa Abou Khaled.

UN teams in Syria have requested access from Damascus to reach the towns and villages to which refugees would be returning, most of them in the Qalamun region, but had yet to receive permission, she told AFP.

Officials have been increasingly calling for refugee returns with or without a political solution to Syria’s seven-year-old conflict.

Earlier this year, around 500 refugees left southern Lebanon for Syria in a return organised by both Lebanese and Syrian authorities.

Several thousand have independently gone back to their homeland from towns around the border in recent years.

Lebanese officials have stressed that they are not forcing returns, and that refugees are doing so voluntarily.

Syrians began seeking refuge in Arsal early in their country’s war, setting up tents along the border and renting homes in the town itself.

In 2014, militants overran Arsal and clashed with Lebanese security forces, kidnapping 30 of them and subsequently killing four 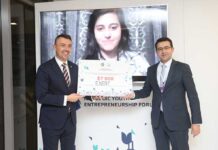 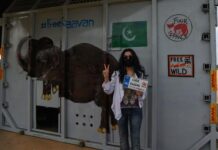