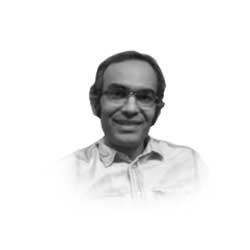 Children around the world enjoy universal protections under International Law which includes Convention on the Rights of the Child (CRC) and Pakistan, being the signatory of the CRC, is bound to abide by. Under Article 1 of the CRC, a child is defined as every human being below 18 years. Children enjoy protections under other international treaties and verily under the domestic law of States. One of those protections available under International Law ensures to respect, protect and fulfil the dignity of a child who is a human being and thus equally or indeed especially deserves honour and respect in all manners. This adds more value to the fact that children are more sensitive in their reactions and thus become emotional easily and quickly when they are faced with the embarrassing and harassing situations that are even visible from the cries and shouting of the beggar children and their attempts for an escape from the Punjab Child Welfare Bureau teams that run after them in order to grab them for the purpose of the custody. The current methods adopted by the Bureau’s employees and even can be seen on the media amounts to the embarrassment, inhumane and degrading treatment and thus are contrary to the honour and dignity of a child that deserves respect and protection in a friendly manner rather than one’s running after him/her to catch him/her like an animal. The beggar children are grabbed by the Bureau teams as if they have committed some crime.

Article 1 of the Universal Declaration of Human Rights (UDHR) provides, “[a]ll human beings are born free and equal in dignity and rights.” It equally applies to children around the world. Article 5 of the UDHR states, “[n]o one shall be subjected to torture or to cruel, inhuman or degrading treatment or punishment.” Article 7 describes, “[a]ll are equal before the law and are entitled without any discrimination to equal protection of the law.” In other words, the UDHR protects children from any discrimination, torture or cruel, inhuman or degrading treatment or punishment. Although the UDHR doesn’t create a binding force yet it widely is recognized by the civilized nations and is respected by the Pakistani courts that have cited it in several judgements.

On the other hand, International Covenant on Civil and Political Rights (ICCPR) has the binding force on Pakistan as State and subsequently on the State institutions and Article 7 (likewise Article 5 of the UDHR) the ICCPR provides, “[n]o one shall be subjected to torture or to cruel, inhuman or degrading treatment or punishment.” Article 26 (likewise Article 7 of the UDHR) the ICCPR provides, “[a]ll persons are equal before the law and are entitled without any discrimination to the equal protection of the law.” Additionally, Article 24 of the ICCPR specifically revolves around a child and 24 (1), as an instance, provides, “[e]very child shall have, without any discrimination […] the right to such measures of protection as are required by his status as a minor, on the part of his family, society and the State.” Article 24 (1) “entails the adoption of special measures to protect children”.[1] It protects children from any measure that is discriminatory or contrary to their honour and dignity regardless of their birth (into beggars’ families), social status or setting such as baggers.

In line with Article 7 being non-derogable, the personal dignity within the meaning of honour, privacy, family and home is protected by Article 17 of the ICCPR and Article 17 (1) states, “[n]o one shall be subjected to arbitrary or unlawful interference with his privacy, family, home […], nor to unlawful attacks on his honour and reputation.” Article 17 (2) provides, “[e]veryone has the right to the protection of the law against such interference or attacks.” Article 17 protects a child from arbitrary or unlawful interference which includes the honour, privacy, family and home.[2] Since children visibly are taken forcibly away from the parents and it thus amounts to arbitrary or unlawful interference into the family and their dignity (of which the child of part) falling within the meaning of the cruel, inhuman or degrading treatment as mentioned in Article of 1 and 5 as well as 7 of the UDHR and Article 7 and 17 as well as 24 of the ICCPR.[3] Those concerned are supposed to take “such measures of protection as are required by his status as a minor”, in other words, those measures must not be discriminatory or amounting to indignity to the child, moreover, such measures must not be the ones falling within the meaning of cruel, inhuman or degrading treatment or punishment. Most importantly, in accordance with Article 9 of the CRC, the parents’ voluntary consent, even if they are beggars, is necessary rather than their children be taken away forcibly. The element of forcibility or arbitrariness apparently is contrary to the honour or dignity of both the children and the parents within the meaning of family. The cruel, inhuman or degrading treatment or punishment adds fuel to the plight of the already deprived.

The way the Bureau snatches beggar children from the parents indicates that they are forcibly being displaced or kidnapped. Under such circumstances, the fundamental purpose of caring and educating children by the Bureau gets fainted and leave a negative impression on the minds of common masses that witness the whole process of how the begging children are being mistreated by the responsible individuals along with the police personnel the general public feel afraid not to talk of the beggar parents and their children.

To elaborate the earlier mentioned, the children, even if beggars, are supposed to be taken with the voluntary consent of the parents who should be taken first into confidence by using various means which include psychological and social support by the competent authorities. Taking the children or grabbing them by force not only creates sudden panic and fear but also mistrust and hatred against those who are involved in such acts. The simple and easy solution to the ever-existing phenomenon such as beggary is that those concerned should first start building trust and confidence which can be done through building a friendly relationship with the beggars’ families. The competent authorities should identify and visit the places where these children reside. Those concerned should frequently visit those residences, be it permanent, a makeshift tent or else, along with small gifts in order to win the hearts and gain the support of parents and children. They should gradually win the confidence by continuously visiting and counselling the parents rather than snatching them from the roads in front of the general public which amount to insult, degradation and maltreatment that is contrary to the dignity and self-respect of both the children and their parents. Moreover, the parents perceive as if their children are being deprived of them, the very parenthood or the family, and they don’t know or remain uncertain as to what is going to happen with their children. The beggars’ families mostly being illiterate don’t have the foreknowledge of the consequences nor are they properly explained by the Bureau teams beforehand. Under such circumstances, the parents and, in particular, the children get frightened and can have psychological trauma and related implications which may have a long term impact on their personality.

The child beggars, having born and grown up in a deprived environment mostly, deserve special treatment which should be friendly, trustable and caring in all respects rather than frightening and scary. The words or terms such as ‘cracking down’ used by the Bureau in relation to the child beggary is often perceived for the crime-related matters whereas children don’t generally fall under the criminal regimes and, even in that case, they need special care.

Last but not the least, Article 3 (1) of the CRC provides, “[i]n all actions concerning children, whether undertaken by public or private social welfare institutions, courts of law, administrative authorities or legislative bodies, the best interests of the child shall be a primary consideration.” Article 3 of the CRC revolves around the best interests of a child in any dealing with him/her by anyone and inhumane or degrading treatment, as have been rendered or generally is imparted, is not in the best interest of a child who needs the best possible care in all respects and manners. The best interest of a child is one of the core principles of child rights which require the focus of those concerned therein. It might be hard for those concerned to serve as required or deserved without a better understanding of children’s rights.

There should be training courses for the staff aiming to better understand and thus treat children carefully. The courses should contain the relevant legal protections and the best practices concerning children and, for that purpose, the human rights organizations both at the domestic and international level can be of much help. The human rights lawyers and in particular child rights lawyers should be engaged in order to improve the working environment and practices related to the children.

International Law specifically emphasizes the dignity of a child who deserves utmost respect while being treated by the elders be that parents or else. However, the beginning of a journey mostly seems to be and can be hard and err laden yet the commitment to the direction of child rights helps overcome the difficulties and errs. It is the humans who make errs and it is the humans who correct them. In the wake of challenges for achieving standardized treatment with the needy children, the Bureau might require more resources, both the human and material.

The writer has studied International Human Rights Law and had also worked for the rights of undocumented migrant children. He can be reached at [email protected] 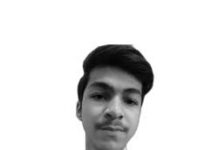