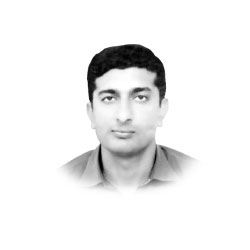 While speaking to the UN-Habitat Governing Council in Nairobi back in 2012, the former UN Secretary-general Ban Ki-Moon said: “Our struggle for global sustainability will be won or lost in cities. The potential of urbanization to lift millions of people from poverty and to accelerate economic growth is huge, as demonstrated in recent decades by some of the major economies”.

The global trend for urbanization is one of the defining characteristics of the post-industrial revolution era. The phenomenon has gained traction with people at large on account of fast-changing demographic and economic realities. Socioeconomic improvements in urban life are what catches the fancy of middle and lower-middle strata. Therefore, urban centres the world over have witnessed an unprecedented influx of people migrating from peripheries to cities to seek better living standards. Urban centres are inexorably continuing to grow in size and it is estimated that the proportion of people living in urban areas is likely to grow from the current 55pc to 68pc by 2050.

A close analysis of the global trend of urbanization reveals that people from low and middle-income countries seem to have more penchant for migration to cities. Pakistan is amongst the most urbanized countries in the world. The movement from rural to urban areas is also rapid in Pakistan. Pakistan has the highest rate of urbanization in South Asia. If the ratio of urban and rural populations is compared, in 1955, only 1 per cent of the country’s population lived in cities which rose to 35 per cent in 2020. Going by the current rate of influx, it is estimated that the ratio of the population of urban and rural areas will be equal by 2055.

Urbanization is both an opportunity and a challenge for Pakistan. The urban centres are the engines of economic growth and prosperity as cities generate 55 per cent of the country’s GDP. Karachi alone chips in 12 to 15 per cent of federal tax revenue.

However, these fast-growing cities also pose threats to both humans and the environment. The current urbanization pattern lacks sustainability as it has not only overburdened the already creaking urban infrastructure but also spawned a host of environmental issues. It has resulted into pollution of air, water and land, besides accelerating deforestation and climate change. In winter, for many years now, thick fog descends upon Lahore due to high levels of pollution and poor air quality in the city, created by increasing vehicular and industrial emissions. Similarly, the coastal city of Karachi, in every summer now, comes under extended heat waves due to climate change induced by unplanned urbanization. Seven years ago, in the months of May and June 2015, Karachi was swept by an extended spell of high hear, killing over 1200 people.

Apart from environmental degradation, land development schemes in the name of  new housing societies to meet the housing needs of people coming to cities is rapidly eating up agricultural lands, thereby jeopardising the food security of the country, According to the Kissan Board Pakistan, a non-governmental agricultural advisory and research organisation, housing schemes have so far devoured 20 to 30 per cent of the fertile land in Punjab. In Lahore alone, 70 per cent of agricultural land has been converted into gated communities. The consequences of this steep reduction in acreage are already palpable in the form of a never-ending wheat crisis in the country. Pakistan despite being an agrarian country has to import the staple to meet domestic needs almost every year now.

Mass migration has also overburdened the infrastructure. Our existed infrastructure is unable to cater to a large population thronging to cities. As a result, almost every city of the country is faced with mammoth problems related to waste management, sanitation and sewerage. It is common for our cities to always have leaking and overflowing gutters, making the streets flowing rivers of sewerage water. Similarly, the waste generation has also increased with the population influx and, presently, Lahore alone generates around 5600 tons of waste daily.

This situation is alarming and shows that the current pattern of urbanization belies the sustainability. Therefore, there is a dire need to focus on the sustainability of urban areas. Towards this end, the first thing which needs to be done is the complete overhauling of the current regulatory regime, for not only corruption is rampant in urban development regulatory authorities but also these are inefficient to the core. To improve the efficiency of regulatory institutions, the practice to place these authorities under bureaucrats needs to be done away forthwith; competent and professional individuals having experience in urban development need to be hired to run the business of these regulatory authorities.

The establishment of a robust local government system is also crucial for achieving urban sustainability as locally elected people can better understand and resolve issues pertaining to basic facilities like clean drinking water, sanitation and sewerage.