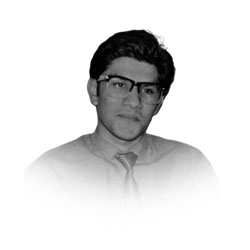 The entire world is confronting the dismal effects of global warming, pollution, and climate change. The world is getting harder. According to climate scientists, the temperature has risen to 0.8 Celsius_and by the end of the century_ it may reach 4 Celcius or more.

According to the recent German watch report(2020), Pakistan is the 5th most vulnerable country to climate change. Regarding pollution, it ranked 5th which contributes 2.81% of the world’s pollution. The unemployment rate is also aggrandizing. As reported by the labor force survey(2017-18)_the unemployment rate will jump to 9.56 percent in the year 2021,which is shocking. Fighting these vexatious problems, the billion-tree tsunami project was initiated by pm Imran khan.

The Billion tree tsunami project was launched by the kpk government in 2014 but was extended across the country after the PTI government acquired power in 2018. This project was launched to combat global warming, climate change, pollution_and to create jobs through forest conservation. Till now, the (BTT) has created enormous opportunities for unemployed people including women. It has provided jobs to 84,609 people approximately. Besides that, the daily wagers are getting more benefits as well.

Moreover, Pakistan has achieved one billion trees in kpk in 2017 that will mitigate the drastic effects of climate change and global warming. It will not only stabilize the climate but will also improve the water quality and reduce air pollution. Under this program, the planting of different trees will take off the moribund economy. For example, bea flora is a plant that ameliorates the production of honey. Besides providing jobs to the beekeeper, it will also supply power to our ailing economy. Likewise _ the plantation of olive and avocado trees _ will marginalize the importation of edible oil in Pakistan.

It is beyond the shadow of a doubt that this project (BTT) has fulfilled the targets of the UN sustainable development goals before the given time, but there are still myriad obstacles that are existing in the way of the tsunami project which will be not all beer and skittles to deal with. For instance, the survival of the saplings demands desperate attention. The native species can be chosen to meet with a problem. Except this, corruption can also be a stumbling block to tsunami development. Regrettably, our system has gone to rack and ruin because of the rampant corruption. Allegations about the misuse of authority, mismanagement, and embezzlement of funds have been reported in this (BTT)project as well. In addition to this, a dearth of training and competency can also obstruct the stride of (BTT). We can produce various qualities of honey which can elevate our exportation but it will be accomplished if we have well-trained beekeepers.

Despite having challenges, PM Khan’s initiative is praiseworthy. The predecessors could not pay head on this matter, therefore we were propelled in the list of worst countries regarding climate problems. Getting international accolades is a positive sign which will portray a positive picture of Pakistan before the world. To give an example,  Inger Anderson_the head of the international union of conservation of nature _ appreciated the initiative. Similarly, exports at world wildlife called the project a success story that will pave the way for economic growth.

In this strenuous time of global warming where almost every country is being crushed by the growing problem of climate change, afforestation will be the healer. All the problems( pollution, global warming, and climate change) can be wiped out if this matter is sensitized by all of us seriously. In this regard, PM’s(Imran khan) initiative is the footstep for all other countries. No doubt, the International community acknowledged the efforts of PMIK. This is the fruit of Khan’s years of blood, sweat, and tears due to which Pakistan has been invited to host the United Nations Environment Program(UNEP) on 5th June. This is the very first time in history that Pakistan is going to host the (UNEP). It is applaudable. Good things must be appreciated.