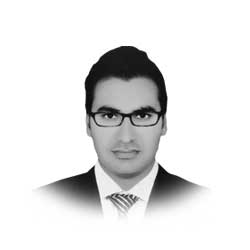 After a successful consummation of three years of PTI government, it is now entirely focused to deliver in the remaining two years what it had vowed in order to garner immense public support for the upcoming general election 2023. In an attempt to manifest its rapid performance and fulfillment of its promises, the PTI government was found precipitous in launching and implementing Single National Curriculum across Pakistan. Despite its some attributes, it has received heavy criticism from educationists, analysts and thinkers for numerous flaws. Some also believe that SNC was launched for political gains not for reforming education.

It is an established fact that when an important sector of education of any country falls prey to the nefarious designs, indifference and inattention of its government, it leaves detrimental impacts in that society. Currently, the socio-economic and political development of any country is directly linked to the propagation of education at a large scale. Unfortunately, In Pakistan, the government allocates only up to 2.5% of the budget for education and is intransigently imposing SNC while neglecting the other important areas that need full attention. New curriculum development is indubitably a lengthy process that requires services from the experts working in the fields. Imagine a curriculum designed by inexperts and then imposed hurriedly, how it will transform the existing education system.

The federal government is of the view that SNC will end “education apartheid” but to my great astonishment, how this government can act insanely and erroneously equating reduction in curriculum disparities to overall educational uplift. Beyond SNC imposition, inequalities still persist in many areas. How can SNC bring public Schools to the level of elitist private schools providing the best learning environment alongside all other educational facilities which public schools entirely lack. It seems so hard to bring all such disparities to an end by merely launching the SNC. This wide gulf will continuously exist until the government takes some pragmatic measures to make structural and infrastructural changes in the existing systems.

I believe that the provision of all facilities and the best learning environment at public Schools and Seminars by the government is more significant than this false ostentation of SNC. As per the latest authentic reports, 48% of schools in Pakistan are deprived of basic facilities including toilets, clean drinking water, electric lights, fans, whiteboards, and proper buildings. More than 50% of public schools lack playgroups. How students can absorb and learn a newly imposed curriculum under such tough situations. These are some neglected areas, the government needs to focus and improve first before launching SNC.

Diversity of curriculum is the essence of learning at various education levels. It provides learners with an opportunity to acquire a variety of knowledge by not confining to a uniform syllabus. It also urges students to keep pace with the changing international educational trends by studying multiple curriculums as per their choice. Diverse studies enable students to become global citizens. For instance, currently, there are a number of curriculums being taught at private schools in Pakistan. They are Cambridge education system, Oxford school system, Beaconhouse school system, and A and O levels. How can students studied at public schools be equal to the students who received their education at the aforementioned elite schools.

Government must reform the education sector but by uplifting all low-class schools to the level of elite-class not by merely introducing SNC which must be a subsequent option. Its first priority should be to revamp and transform the education sector by providing the best infrastructure, a tranquil environment, provision of capacious playgrounds and all other important basic facilities. Deplorably, the PTI government has imposed SNC on elite private schools, so sheerly eroding the advanced learning standards of these institutes forcing them to adopt and implement it. What if the government had financed and worked on the structural transition of poor public schools, instead of destroying the advanced curriculum of elite Private Schools by putting dagger of SNC on them. Currently, 2.3 million children are out of school but, who cares and the government is ostensibly seeking an exit from such challenges under the garb of SNC.

Moreover, SNC badly discourages the English medium of learning. All the textbooks at the primary level have been written in the Urdu language. Even Mathematics and Science subjects were in the English version in the previous curriculum that is now entirely composed in Urdu. Does this seem like a rational and sensible approach? How a government can be this much antagonistic repelling students to acquire education and knowledge in a language that is means of global interaction. English, being an international language holds paramount significance in all fields of life. Unfortunately, our government is pushing us from globalism to regionalism by such steps of SNC.

Recently, the Punjab government issued a warning to the Aitchison College for non-implementation of the Single National Curriculum is a clear depiction of its dictatorial attitude. Federal Minister of education, Shafqat Mahmood also warned of strict action against those not implementing SNC. Moreover, forcing provinces to adopt and practice SNC unquestionably contradicts the 18th amendment. How can education sector progress under such autocratic and undemocratic behaviors is a big question.

In nutshell, Single National Curriculum is not a bad idea provided that it is cautiously designed by taking all parties on board. It must be cohesive in its nature. Besides SNC, the government should allocate a big chunk of the budget for the physical infrastructural development of public schools. It must hire expert, well-groomed, experienced and learned teachers in order to uplift and enhance the education standards of all public schools. There must be highly qualified religious teachers to deal with the subject of Islamiyat. Provision of all basic facilities like that of elite schools to low-grade schools should be a government priority. Students must be provided with a peaceful environment at schools where they could uninterruptedly study and nourish their learnings.

The writer is a freelance columnist and an educationist working with Punjab Government. He can be reached at [email protected]