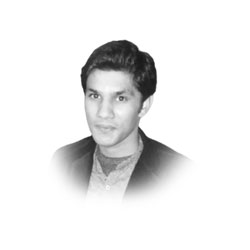 In simple words, Islamophobia is prejudice and hatred towards Muslims. According to the oxford dictionary, “Dislike of or prejudice against Islam or Muslims, especially as a political force” is known to be Islamophobia.

Islamophobia is speeding up across the world very rapidly without any control. Islamophobia was also present before the 9/11 attacks, but it aggravated after the terrorist attacks of sep11,2001. The 9/11 attacks were associated with Muslims although al-Qaeda(the Islamic extremist group), were involved in these attacks. It is also controversial whether al-Qaeda was involved in these attacks or not but in both situations Islam has no relation with attacks.

The perception of western societies toward Muslims and Islam was not so sunny even before 9/11. And, their atrocious behavior can be gauged by the very prominent work “orientalism” written by Edward Said. In his book Orientalism(1978), Edward Said talked about western behavior and perceptions, and how they perceive eastern societies.

According to western perceptions, we(eastern) are uncivilized, despotic, and sexist_ while on the other side_ they(western) consider themselves superior, well-mannered, and well-educated. Thus in orientalism, east and west are positioned through the construction of an unequal dichotomy.

An asymmetric and discriminatory attitude towards Muslims creating enormous problems for the Muslim diaspora in western and all across the globe. Associating Muslims with terrorism, savagery, and violence breeding a plethora of problems for Muslims in seeking jobs and getting admissions in educational institutions.

Muslims often face discrimination seeking jobs and at work. They sometimes do not receive emails and being Muslims get inadequate jobs. Same with students, they also experience the tempestuous and ferocious behavior of western people. People made fun of their religion by calling them, terrorists.

Islam has nothing to do with terrorism. The word ‘Islam’ means submission and peace. Islam promotes love, peace, unity_ harmony, and peace. Even war in Islam is geared to the actualization of peace and justice. If a person who is Muslim does any mischief regarding terrorism has no connection with Islam This may be an individual or a specific terrorist organization’s fault, but Islam cannot be demonized for this act because Islam has nothing to do with terrorism.

For example, Eric Rudolph, who bombed Atlanta and Birmingham, was not a Muslim. Similarly, Joseph Kony whose video got viral in 2012, where he abducted a child. He was a Christan fundamentalist, not a Muslim. We are familiar with the attacks of New Zealand mosques, where the white supremacist Brenton Tarrant killed 51 Muslims. And, he injured 49 people. He was not a Muslim.

India, on the other side, ramping up its atrocity on Kashmir. The Kashmiri people are deprived of their rights to self-determination. Nazi’s inspired the Modi government is accelerating its cruelty and atrocities on Kashmir day after day. Every new day, there are new cases of viciousness and offensiveness being reported in Kashmir. And, the international community is dumbed silent on this issue.

We (Muslim) communities have to take some adequate measures to combat this cause. In Pakistan, TLP (Tehrik-e-Labaik Pakistan) is protesting against the caricatures made by France. In this protest, a massacre was carried out, in which 8 policemen were killed, approximately 800 injured_ property was lost and several TLP workers were also killed. TLP demanded the expulsion of France ambassador but this might not be the permanent solution to this problem.

As Prime Minister Imran khan, addressed his public where he said expulsion will not give us fruitful results. He said, it will not stop infidels from ridiculing Islam and Prophet (P.B.U.H), but it will add more fuel to the fire.

PM Khan stated that he will initiate a campaign against Islamophobia and blasphemy. If someone ridicule the prophet, it hurts our hearts and the west does not know the intensity of our love for the prophet (P.B.U.H). He(S.A.W), is everything for us, he stated.

The rhetoric speeches will not give a solution. You cannot acquire desirable results until and unless you are practical. The Muslim world has to raise a collective voice by using different platforms, especially OIC. The organization of Islamic cooperation (OIC), is the 2nd largest intergovernmental organization, with 57 members. If voice raises from this platform, then the result can be fruitful.

Besides this, Islamic education is another important element by which we can attain good results because the majority of the non-Muslim community is unfamiliar with Islamic education. In case, if they have any education regarding Islam, that is misinterpreted. In addition to that, we have to make our media strong, so that we can disseminate the positive and peaceful picture of Islam in front of the world. This can be done if Muslims have unity and harmony among themselves.

The writer is student of English Literature at International Islamic University, Islamabad.