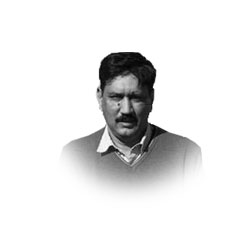 It admits of no doubt that industrial growth is quintessential for the durable progress of Pakistan. Fortunately, the issue is gaining momentum in the state. The political parties, the media and the research institutes have been putting light on the severity of the issue, which is encouraging. Moreover, the embedded prejudice against the business community is vanishing as the major political parties are having the pro industrial manifestos. Notwithstanding the above-mentioned positives, the industry is still struggling due to the plethora of internal and external determinants. To untap the potential of the industry, the stakeholders should adopt well-grounded modalities. The major remedial measures are given below:

First, the viable economic policy making is the core of the remedial issues. Regrettably, the inconsistent economic policies regarding industry have been the main hurdle in the way of industry expansion. Dr Ishrat Hussain in his book “Governing the Ungovernable “argues that it is pertinent that the political parties should formulate a consensus based economic policy to attract foreign direct investment. The political parties should give a 10 year plan to the industrialists so that they can manage their future plans. It is evident that no businessman prefers to invest in a fragile atmosphere. Briefly, the government should formulate a well comprehensive and consulted document regarding industry.

Secondly, the industry and the provincial governments should take radical steps for building quality human resource. The time has changed now .The industry can not stand on the obsolete methods of industrial governance . It is unfortunate that both the government and the industry do not pay heed to this issue while formulating plans. Shockingly, there is no proper mechanism that ensures bonding between the industry and the educational institutions. On the other hand, the countries have achieved the desired industrial growth by building cooperation between industry and universities. Malaysia is a glaring example of it .Moreover , we import many industrial things which can be substituted by funding local researchers .Consequently, a quality human resource is a sine qua non for industrial growth.

Thirdly, the government has to make the system open and conducive for the industry .The rampant corruption, bureaucratic hurdles and structural complexities have impeded the development of the industry . According to the OECD, the governments which ensure  openness , transparency and public participation have attracted a large number of investors. The system is so troublesome that the industrialists feel severe irritants for their legal works. In this case , the parallel taxation agencies at the provincial and federal have made the taxation process so complex that the industrialists feel salvation in dodging the system . Dr Ilhan Niaz in his instructive book “ The Culture of Power and Governance in Pakistan” has also highlighted the structural lacunes in the system. Given the impacts of the structural impediments to businessmen,the government should adopt the overarching steps for facilitating the community .

Fourthly, there is a dire need to incentivize the industry. Experimentally, it has been seen that the enabling role of government has always been fruitful. For instance, the Keynesian model is widely appreciated. Here , there is a need that the incumbent government should give the maximum level of relief to the export oriented industry.Moreover,the government can facilitate the industry by opening state of the art technical institutions .For example , the technical institutions in Germany and the Nordic states are the core reason behind their industrial progress In a summary , the government should  increase its spending on the industry .

Lastly , the government should give recognition to the business unions to improve the decision making process . Pm Imran khan has repeatedly said that the policy making should be based on the stakeholder participation , but the implementation is missing .According to David Easton model , the pressure groups , media and unions play a significant role in formulation policies .Unfortunately , there has not bee the tradition of giving due respect to the business unions . The things can be improved by taking the business community in confidence. Hence, the role of business union in policy making should be encouraged by the policy makers .

To conclude , the role of the industry is critical for the stuttering economy .The dream of economic independency and sustainable growth can not be achieved without focusing on the sector .Therefore , it is incumbent upon the stakeholders to adopt the remedial steps by heart and soul.

The writer is CEO Jahangir Packages