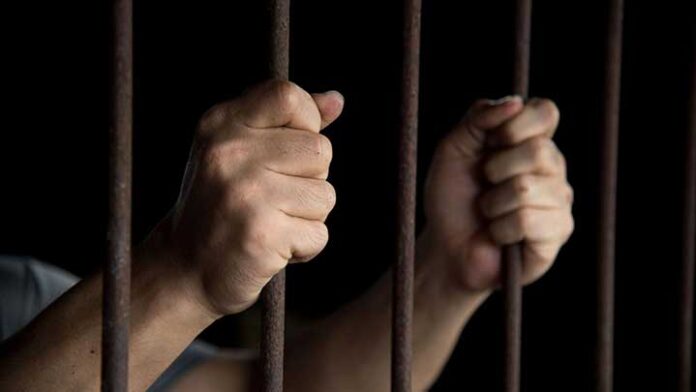 Pakistan has untold tales of tyranny and tyrants. The jails statistics sadly will never be made public as it’s a kingdom which feeds on the toil, sweat and blood of the slaves who are prisoners.

A tour to the jail is a mere eyewash, the real jail that exists is unimaginable and has horrifying tales that put shudders through spine.

Abu Ghraib and Guantanamo are the two jails that kept the battle hardened and most dangerous people. These jails followed a manual and the prisoners had a life style which was monitored 24 hours a day. The story of Lynndie England made headlines in Abu Ghraib and the court found her to be at fault. She was put under trial as a war criminal for prisoner abuse.

The land of the pure has scores of people who have been booked on petty crimes which are bail able offenses but they have no money to buy their freedom.

Saddam Hussain who made the jail faced the same jail while in Pakistan it is only the poor who faced the jail, the rich elite have multiple illnesses including cancerous tumours when faced with prison bars.

Everything get clear at the end but the time spent in getting to the facts and pinpointing the fault of the corrupt official leaves a lot to be desire from the system which is corrupt from bottom up.

There have been stories surfacing about the individuals who were treated inhumanly and died consequently in police custody.

Pakistan on its creation had an inherited ‘brute repressive force’ that was created by the British to instill fear in the masses.

The corrupt practices and target killers in the force has made Pakistan police standing out tall with tarnished  fame. The police reforms a dream which has been harped for the masses for decades is likely to stay as a dream comprising limitless counting of the black sheep jumping the fence.

There is no record of the killer police officials who have been hanged for the murders they committed abusing their authority while wearing the uniform. The practice of minimizing the sins in the form of prisoner release is a norm that has been carried out by the muslim rulers for centuries.

Islamic Republic of Pakistan has this tradition and jails which are overflowing with prisoners having all human traits open its gates for the selected few. The categories include mentally challenged, handicapped, minors and people who have made an offence which is bail able and they have no money.

The practice in the past with muslim rulers was:  they use to release the prisoners by paying penalty from the royal treasury.

The philanthropists in Pakistan are doing their part and they can do more if they are directed where their money is worth spending for. Prime Minister Imran Khan who wants modernity in all spheres should make a review and seek appraisal from the police chiefs as how this can be done and organized.

There are people who have spent years behind bars. Taking Pakistan to new heights the concept of justice should prevail and it should be for all.