Embarking on your higher studies abroad can be a very challenging and tricky process. The procedure is extremely intricate and needs thorough research. Moreover, the debilitating condition of our passport makes the situation worse. However, the process gets more intricate when students decide to process their file though dishonest, greedy and incompetent consultants. As soon as I embarked on my bachelor’s degree (Mass Communication) in fall 2016, I immediately commenced working on my study abroad plans. Ergo, for that very reason, I start researching to find my desired program at a well-reputed university. Thus, with extensive research, I found out my desired program (Communication and Media Studies MA) at an esteemed University, the University of Calgary, Alberta, Canada.

Like hundreds and thousands of local Pakistani students and because of the tricky and complicated process I decided to consult some of the so-called renowned and well-reputed educational consultants in Pakistan. Thus, I start consulting different consultants in Islamabad, Rawalpindi and Peshawar but almost all consultants tried to avert my attention from Canada and were pushing me to consider the UK or Australia instead. Moreover, the Universities they were suggesting were hell expensive and low ranked as compared to the University of Calgary. There are two reasons behind their unprofessional behavior. First, the UK or Australian Universities pay them hefty commissions. Secondly, the Canadian study permit success ratio of Pakistani applicants is extremely low. Therefore, they deject their clients and push them towards those institutions that are good for their own business but are detrimental to student’s academic and financial wellbeing.

The actual job of these consultants is to assist their clients in getting admissions in an institution of their choice and file their visa applications with perfection to minimize rejection chances. But unfortunately, it’s not the case at all. They are pushing deserving students towards extremely expensive Universities solely for their own hefty commissions. Therefore, I decided to start research on my own and file my application by myself.

Fatima Zahra, a postgraduate student in Canada shared the same anecdote with us. She went to Lakehead University at the very start of this year through the recently announced Student Direct Stream (SDS). However, later owing to her academic and other issues, she left Lakehead and enrolled in a college located in Kitchener, Ontario, Canada. According to her, almost all well-reputed consultants dejected her to not apply to Lakehead, Canada. She said “when I commenced planning to embark on my higher studies abroad approximately a year ago, normally in Pakistan our families advise their loved ones to consult with educational consultants. Thus, I went to the reputed consultants of my city to sought professional advice. However, they straightaway apprised me that we do not process files for Canada, and suggested me to change the country of my choice, Canada, and consider the UK instead.” She continued, adding that “I consulted other agents as well but unfortunately their answer was the same. However, I scrapped their advice on moving to the UK.”

She filed her own application through SDS and she got her admission and study permit eventually. “When I start researching on my own, I decided to file my application by myself.” She went on to add that “I also consulted my parents in this regard [to be on the safe side]. But my family once again sent me to the most reputed consultant in my city due to my lack of experience in admission and visa filing process.” Thus, she did once again go to the topnotch educational consultant of the city on her parent’s directions to discuss her case with them. The consultant assured her admission to one of Canada’s esteemed institutions within two weeks which was sheer deceit. Normally the admission process of renowned and esteemed Universities of Canada takes two to four months. How on earth this guy was going to enroll her to a renowned institution in merely two weeks? That’s how they hunt and deceive gullible, innocent, young, inexperienced and immature students to extort money from them.

Fatima went home jubilant and full of excitement. According to her, when she emailed the agent pertaining to her admission offer letter some 10 days later, the agent apprised her that they got her admission offer letter and “asked me for $100, which according to them was an admission fee.” She went on to add that “I was very happy at that time but was also skeptical pertaining to the quick admission procedure.” She asked them to provide her login details, but they straightaway rebuffed her entreaty. Later she found out that neither had they got my admission yet nor the institution was well-reputed. “They were just after my 100 dollars.” She noted.

As I have stated earlier that she processed her applications on her own. So, when she got her admission and visa (study permit), somehow the local agent heard the news of her successful process. They called her on her phone and asked her straightaway for her login detail, which she patently refused to provide which was a befitted decision. “Later, someone told me that the reason behind acquiring login detail from you was that the agents deceive their clients by showing your offer latter and study permit as one of their own success story,” she noted.

The crux of this article is to educate readers as a whole and students, in particular, that they should never file their admission or visa case through agents. It is better to thoroughly research the matter and file your case on your own. It is not impossible to do it by yourself. However, it does need a lot of thorough research and is a very time-consuming process. You will need to learn the delicacy and nuance of the process in order to successfully process your applications.

The writer is a freelance journalist, he tweets at @FahimKhanDawar 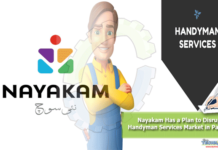 Why are people going for Nayakam handymen services?

Growing Polarization and its Impact on Pakistan 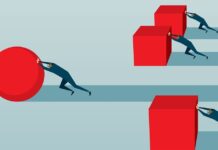 How to compel innovation in large business